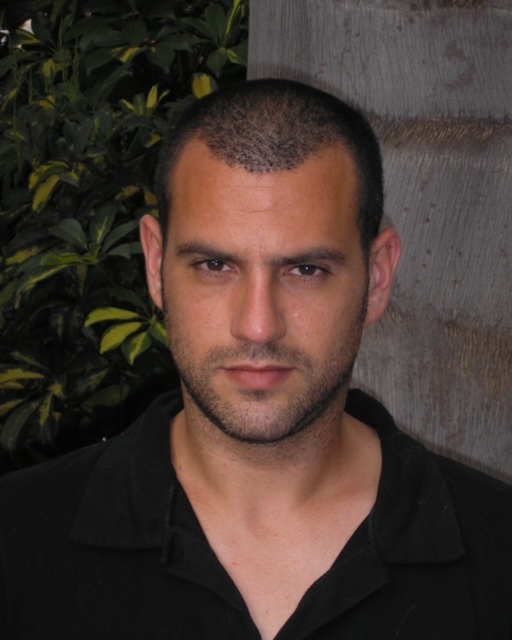 White Smoke by author and Middle East scholar Itamar SN is a new Tel-Avivian-based family love story that appeals to a number of different audiences because of its expertly written account of politics, women’s rights, and modern-day relationships between Israelis and Palestinians.

Itamar, why do you think Jewish readers are responding so strongly to the Yonatan character and his relationship with his powerful father in White Smoke

“I tried desperately to appear in any newspaper report or television news channel footage of the “delusional lefties,” to cause him to be a little aggravated, a little embarrassed.”-Yonatan

Yonatan never had a functioning father. He had Israel’s Chief of staff and then the Prime Minister as an absent father. He tried all his life to become the apple farthest from the tree, but he’s about to find out himself that it is not easy to choose between the love for your family and the love for your country. His husband (Meir) and their adopted young Palestinian, acid attack victim woman (Amal), becomes both his compass and his greatest challenge. Welcome to the world of Yonatan, Meir, and Amal.

LGBTQ readers have also expressed great appreciation for your realistic portrayal of a gay married couple in modern-day Israel.

“I had met Meir only a few months ago, but this rich, capitalist, motherf*cker had turned my world and its old comfortable order upside down, and without warning.” -Yonatan

Yonatan Green is an intellectual playboy, who will do anything to provoke his right-wing father, the Prime Minister of Israel. When he meets Meir, he falls in love for the first time. The bi-sexual, ‘Don Juan’ who has never been able to commit, is becoming the head of an unorthodox family of six. The Powerful gay couple adopts and rescues Amal, a young Palestinian woman who suffered an acid attack, from a blind alley future. It will not take long for her to become the pillar of the family. Welcome to the world of Yonatan, Meir, and Amal.

This book also addresses the continuing brutalization of women in the Middle East, including acid attacks. Which gives the book its name, White Smoke

“I miss you more than anything in the world.” Said her mother…” “I feel like my heart was taken from me when you left. I am a woman with no heart.” “And I am a woman with no face,” Amal responded, instantly bringing down a bitter cold silence over the room.”-Excerpt from White Smoke

Unimaginably, many of the yearly acid attack crimes in the world are executed by women against women, mostly by the mother-in-law who believes her daughter-in-law is not good enough as a wife for her son. Lineages of oppressed women pass the wrongdoing from mother to daughter. It’s time to wake up.

Despite her facial deformity due to a horrific acid attack, Amal is an incredibly strong woman, and inspiration, who with the help of Yonathan and Meir becomes a profile in courage.

It wasn’t a surprise that it was a powerful gay couple who came for the rescue of an acid attack victim young woman. It was also not a surprise that Amal, the alpha lioness took charge of her new family when everything collapsed.

“In our house of cards, everything is well known. Yonatan is the one card that cannot be touched. Remove it and everything will collapse.”- White Smoke

In White Smoke, the critically-acclaimed second novel by Itamar S.N, the character Yonatan Green is a bisexual, intellectual playboy who will do anything to provoke his right-wing father, Israel’s Prime Minister, who always puts the country before his family. However, Yonatan finds himself proud of his father for the first time, with the creation of Isratine – a democratic union of Israel and the Palestinian Authority in the small area between the Mediterranean Sea and the Jordan River. When Yonatan meets Meir, a shy tech entrepreneur, he falls in love for the first time, and the couple decides to get married. The family grows when fate brings Amal into their lives: a Palestinian girl who is the victim of a family honor acid attack. Their “perfect” love story grows alongside the new state. However, the euphoria of peace and unification is fading, while both Jewish and Arab anti-liberal forces feel strong enough to join hands, putting the democracy in jeopardy and threatening the lives of family members. As smoke spreads over the country, the Prime Minister must acknowledge his mistakes and rethink the ambitious dream of Isratine. Will hope overcome primal fears and hatred?

Itamar S.N recently spoke with us about his controversial, yet beautifully written book.

“The heroine, muse, my deus ex machina, Amal, a young Palestinian woman with secret college dreams, is cloistered in a conservative, patriarchal community. Her brother throws acid on her face, for merely suspecting that she dishonored the family by sleeping with Jews. Her saviors, unexpectedly, are a powerful, gay married couple. It makes Amal question everything she knows. White Smoke was born to undermine the traditional “right and left” conception. The ultra-right prime minister, the father of our gay married hero Yonatan, brings an out-of-the-box solution to the negotiating table, and then, with the Palestinian president, unites Israel and the Palestinian Authority in one liberal democracy: Isratine. Ultra-left Yonatan, who can’t believe what his father is doing, asks if he is dreaming, but actually, it’s not a fantasy, not Yonatan’s, not anyone’s. It’s actually, as weird as it might sound, the almost shared dream of both the extreme left and right, creating the perfect circle. Only real face-to-face relationships between the different tribes of any heterogenic country might cure the demonization of any single tribe. Does the reconciliation between the two nations enable gender liberation? Hell yes. Can a society that suppresses its citizens continue the oppression under a democratic regime in the name of Multiculturalism? Hell no.”-Itamar S.N, Author, White Smoke

About the author: Itamar S.N is an Israeli writer and musician who has been having a 20-year love affair with the restaurant business of sunny Tel Aviv. In his literary writing, he combines his education and interest in the history and politics of the Middle East (human rights in particular). He owns two cats and one big window with an ocean view for inspiration. In his spare time, he volunteers for the LGBTQ movement and as a writer for an Israeli Parliament Member. His debut novel, Niv, was published by the UK publisher Wilkinson House. White Smoke is his second novel.