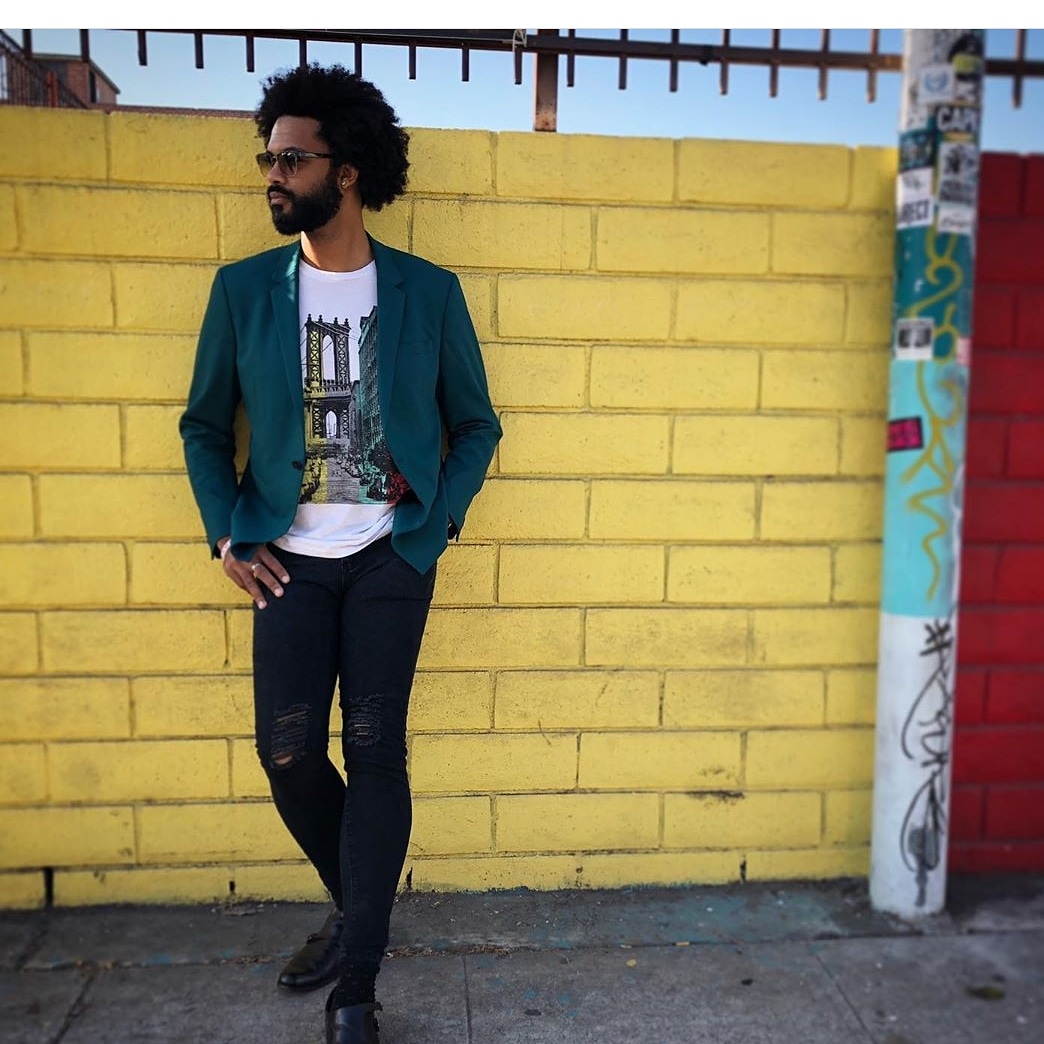 I play a lot in the LA area, as well as tour regularly as far north as Seattle and as far east as Ohio in a car. I have a short tour planned through Northern California, Montana and Idaho in December. I’m also going on my regular spring tour in March, but I’m also trying to hit more festivals in 2020, so I’m leaving my calendar flexible.

I play a lot of colleges and university’s as well as occasionally public speak. You can imagine I’ve collected quite a few stories about growing up black in small white communities. But I use my stories to include people and to uplift, rather than condemn or judge.

I’ll also make my way through my midwestern stomping grounds: Minnesota, Iowa, Wisconsin in the early spring after the snow melts!

The thing people always comment to me about is how good they feel after my shows and how full my sound is for just one guy. I use a live-looper and if you don’t know what that is, check out my videos. It’s a bit like watching me perform a whole band’s arrangements live in front of the audience. The shows are about 80 percent music and 20 percent storytelling. At the beginning of every show I give people explicit permission to shout, clap, sing-along, even talk back if they feel moved to. Even if they’re not I use a wireless mic and guitar and am pretty okay with using them to go out into the audience!

I ease people in with feel-good numbers and my last few songs are about heavier topics: times I thought me or my sisters lives were in danger. Or maybe about patriotism. People aren’t expecting a good story-teller from a musician and I’m very present and in the moment. You have to be when you encourage all-forms of audience participation.

When you have a mic you command power and have a responsibility and I know my personality can be overwhelming. So I try to use it to uplift the people present. Really, my goal is to trick the audience into leaving there as a community. And I do that with music, empathy, compassion and an attempt at leaving people with a feeling that something real happened in that space.

When you’re that present with a group of people, no two shows are ever close to the same.

I really want to write a song with Hootie and the Blowfish. They’re on tour again and I saw them last night and grew up with their music and their new album has somehow only brought the good parts of the 90s back with them. Darius Rucker sings and somehow I believe everything he says, no matter how impossible it may seem. #lifegoals

Please include all of your social media links and your Spotify link thank you!

I’m most active on insta: https://www.instagram.com/_reverenddoctor/