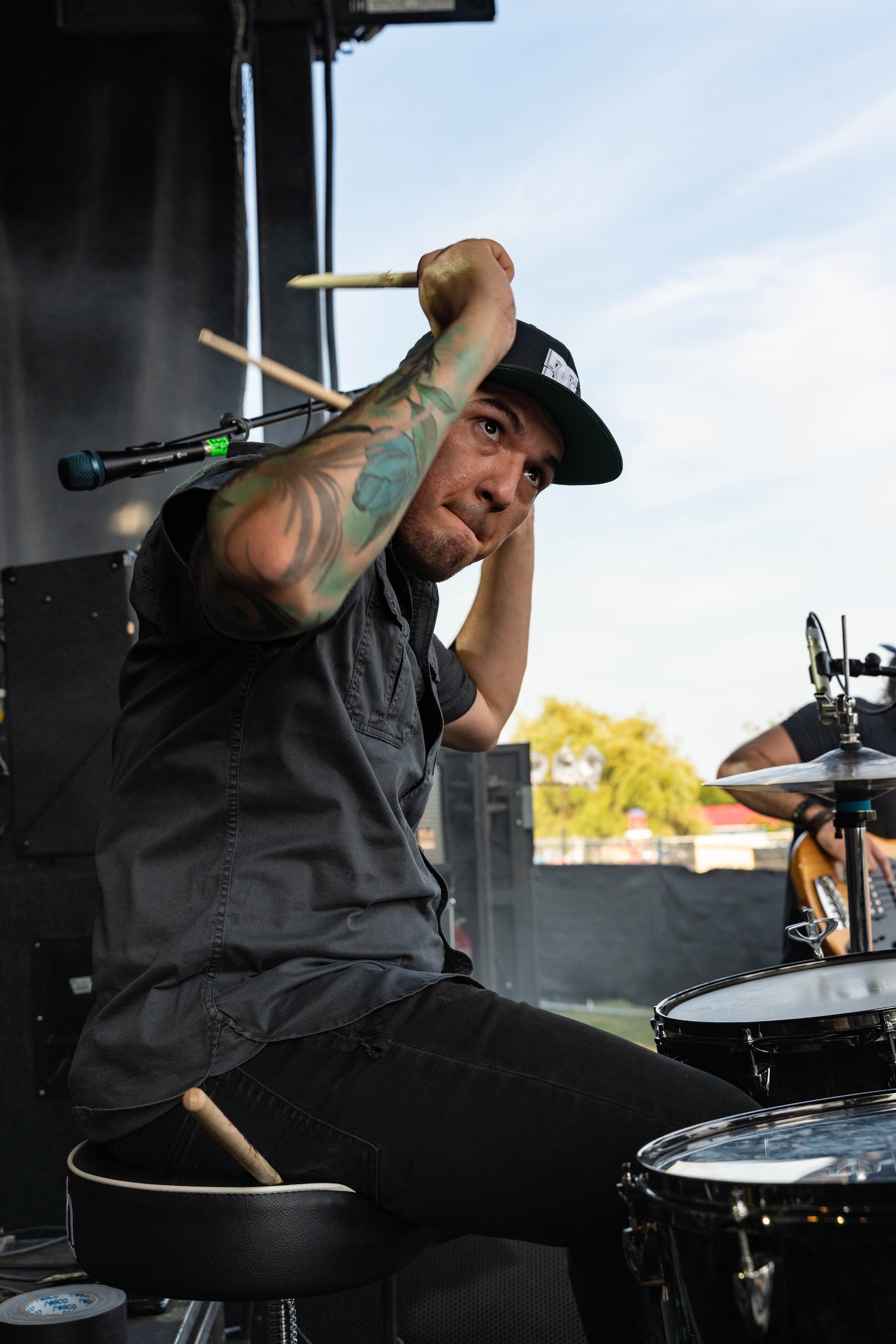 Having just released the new Drop Top Alibi single entitled: “Summer Nights & City Lights”, produced via Michael Hanson of Glass Tiger, drummer Jeff Cox and I had a conversation about the band.

Drop Top Alibi is composed of lead singer and founder Brandon Gregory, Dylan Wykes, lead guitarist, Jeff Cox, drummer, and Luc Ricci on bass. They are Canadian-based, but watch out USA, as their new single is about to create a buzz worldwide.

So you are the drummer for Drop Top Alibi?

I am the drummer of the band and I also do backing vocals.

Are you involved in writing the songs?

I do get involved with arrangements, but generally Brandon brings us the songs and I kind of help shape and push it in a direction, and help with the transition for different parts. I try to get involved as much as I can without actually playing a melodic instrument.

How did you become involved with Brandon and the band?

I actually met them through an old band that I was playing with. We ended up playing at the same venue in Toronto and I really liked them. I liked the overall sound and they are all good guys as we were talking after the show. I ended up actually working with them for a little bit while I was playing with the other band. Eventually it just became more of my primary focus so here we are today.

I love the energy that I get to share with the guys on stage. We all feed off each other and we tend to have a bit of fun when we’re up there. I’m pretty proud of our live shows. We all kind of look forward to it because we all get to express ourselves. We all work hard to be able to do what we do and we like to share it with other people. Overall, I like to see the crowd enjoy what we do and that’s kind of a success, in my mind I guess.

Michael is a great guy. He had a lot of interesting insight. I find that every now and then when you work with the same people you get stuck in your own bubble. So to have another voice come in, just a different set of ears, someone to bounce different ideas off of, and to come up with different things that we don’t generally think of, was a really healthy experience. He was great, he was always very hospitable. We’d always kind of shoot the shit, we’d always hang out, and have a couple of drinks, and he was always friendly. We had a great time.

Your single is about to be released on Friday, how excited are you?

I’m pretty excited. It’s going to be the first bit of music that we’ve written as the four of us with the official lineup. In the past we had a bit of a rotating door in the line-up. This is Brandon, Dylan, Luc, and myself, with all of our heads together and this is the first product together that everyone’s going to hear on the recording. I always get nervous about these things in general, which is what if people don’t like it? But at the end of the day I like it and I know some people will as well. I’m hoping for great things.

Are there any new projects that you have planned?