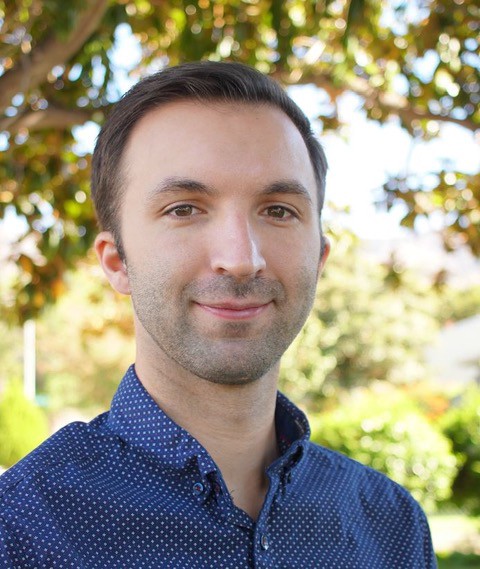 Previous to the above projects, he directed 49 episodes of The News Tank, a sketch-based news show. Yet Mike started out at the bottom. After graduating from the film program at Point Park University, he got a job as a production assistant on the film Warrior. Sheer hard work and his willingness to learn paid off – he kept securing jobs on subsequent films. One thing led to another and soon he was given more responsibilities, gaining more skills.

Right now, he’s working on a new project, a comedy he wrote, which is currently casting.

The Hollywood Digest caught up with Michael Day to probe into the ins and outs of movies and television, as well as his favorite movie and the elements necessary for a great movie.

How did you get started in movies and television?

I went to college for film at Point Park University in Pittsburgh, Pa. I had a very hands-on experience and learned a lot in those four years. I was fortunate to get a job in the film industry right out of college. A lot of films were shooting in Pittsburgh because of the tax incentive, so I was able to land a job as a set PA on the film, Warrior. Pittsburgh is a small city, and at that time there were always two to three films shooting, which meant there was always a need for production assistants. I knew from the get-go that nothing was ever going to be handed to me and that I would have to work really hard to get to the level of filmmaking that I wanted. So, I started out at the bottom. I made sure that I was the hardest working PA on every set and always kept a good attitude every day. And it worked. My bosses on the film brought me on to the next movie they were working on, and then the next, and it snowballed from there.

What is your favorite movie?

Back to the Future is one of my favorite movies of all time. Every time I watch it, I pick up on something new that I never noticed before. The story is so well-written and everything that is seen or heard in the film has a payoff. It’s amazing how perfectly written that movie is. Even that aside, it’s just such a fun movie to watch. It has comedy, action, time travel, and these great characters sprinkled throughout. It’s one of those movies that when you catch it on TV, you have to watch it. You can’t turn it off.

What was your vision for Sisters when you began filming?

My vision for Sisters was to make all of the situations and storylines feel real to the audience. I wanted everything to happen and play out in real-time so to speak and never feel edited or forced. I figured that the best way to accomplish this would be to film the whole thing in a master shot as if you were watching a live play. My goal was for the audience to feel like they were standing right there with the sisters.

How successful were you in attaining your vision?

I couldn’t have been happier with how the show turned out. It played out just like I envisioned. All of that success can be attributed to the actresses, Abigail Marlowe and Tonya Cornelisse. They were amazing to work with. It’s risky to shoot everything in a master shot and never get coverage. Usually, you need to cut around the beats or even the performance sometimes to make it right. But with Abigail and Tonya, they’re so talented and had such great chemistry that we got everything we needed in those master shots and never needed to get coverage.

What is the difference between what a director does and what a producer does?

The director’s job is to come up with a vision for the script and to communicate that effectively to the cast and crew. It’s then the producer’s job to figure out how to bring that vision to life. For Sisters, I was the producer and director. Both are fun in their own way and use a different skillset, which is fun. I love to put on the producer’s hat and figure out the puzzle of pulling off a production. It’s a lot of coordinating, but when it all comes together and the project turns out the way you wanted, it’s such a great feeling. Directing, on the other hand, is fun in a completely different way. You get to be on set with a front-row seat to all the action. It’s such an adrenaline rush. And the best part is, you get to have fun with the cast as you bring each scene to life. It’s really the best job in the world.

Which is more important for a movie: a good script or a good director?

There’s nothing more important than a good script. You can have a great director, but if the script isn’t good, the movie will suffer. The story is so important and is what ultimately makes a movie great. It’s crucial to have a clear story with great characters. But just because you have a good script, doesn’t mean it’s going to be a great film. It takes a dedicated director with a clear vision to bring the story and these characters to life. When you do have a great script with a great director, that’s when you get a movie like Back to the Future.

What was your first movie watching experience as a child in a theatre, and how did it affect you?

The first film I saw in theaters was Tim Burton’s, Batman. My dad took my two older brothers and me to the local theater. I was so young that I actually fell asleep halfway through it. But that experience and every movie experience since then has had the same effect on me, pure excitement. I just love going to the movies. It gives you a unique opportunity to experience a different life. You can’t help but forgot about the world around you and completely immerse yourself in the film that is playing out right in front of you on a large screen. It can take you into the cockpit of an F-14 fighting off an enemy in a dogfight like in Top Gun, to the depths of space, exploring the universe for habitable planets like in Interstellar. These are experiences that I could only ever dream of. But when I’m watching these films on the big screen it doesn’t feel like a dream anymore and that’s what is so great about the theater experience.

Do you like attending screenings of your own work?

I love going to the screenings. I love the excitement and joy of the cast and crew coming back together to watch a film that they dedicated so much of their time to. As for actually watching the film or show, that’s always a bit nerve-wracking, and can be hard to sit through. I’m always so nervous to see how the audience will react to it. I probably spend more time looking at the audience than at the screen.

Do you find the process of working with other collaborators difficult or essential (or both)?

Collaborating with others has always been essential to me. I always like my projects to feel like a collaboration and that it belongs to everyone working on it. When shooting Sisters, Abigail and Tonya would always find ways to make the characters more believable or funny. They had a great sense of who they were playing, and a lot of times would change up the dialogue to help things flow more smoothly, and it really shows. If they would have just memorized the lines and acted them out, it wouldn’t have been as good. They really helped find the voice of these two characters and helped bring them to life. That’s why it’s so important to me to always collaborate.

What is the best piece of advice you’ve heard (not necessarily given to you directly)?

One of the most important pieces of advice I’ve heard is that “we’re making a movie, not curing cancer.” At the end of the day, we’re making a film for entertainment. And sometimes that can get lost on a film set. It’s easy to forget how fun of a job it is to make a film when you’re in the thick of it and things are going wrong. Don’t get me wrong, I take what I do very seriously, and always give 110%. But sometimes with the long workdays and hectic schedule, it’s easy to get caught up in the madness and start getting upset over little things. It’s times like that I have to step back and remind myself that “we’re making a movie, not curing cancer.” There are a lot more important things happening in the world while we get to make movies for a living. And it’s important not to lose sight of that.

David W. McFadden, a well-known Canadian writer, once said that books come from books.  Do movies come from other movies?  Are there any other forms that influence your work, whether nature, music, science or visual art?

It’s always interesting to think about whether or not movies come from other movies. Yes and no. There are only so many different stories you can tell. What separates them is how they’re told. Look at every rom-com out there, it’s about one person falling in love with another. But how you tell the story is what makes it unique, like The Forty-Year-Old Virgin. It’s your typical rom-com about a guy that wants to be with a girl, but in this case, he’s forty-years-old and a virgin. That just adds a whole new element to the story that makes it very unique and different from all other rom-coms.

What are you currently working on?

I just finished writing a female-driven comedy that I’m really proud of. It has a lot of humor and heart while having a universal message that I think everyone can relate to. At the core of the story, it’s about a woman who is happily married but then is blindsided by her cheating husband. The woman’s world spins out of control as she must figure out who she is and what she wants out of her life. We’re now in the casting phase of it.