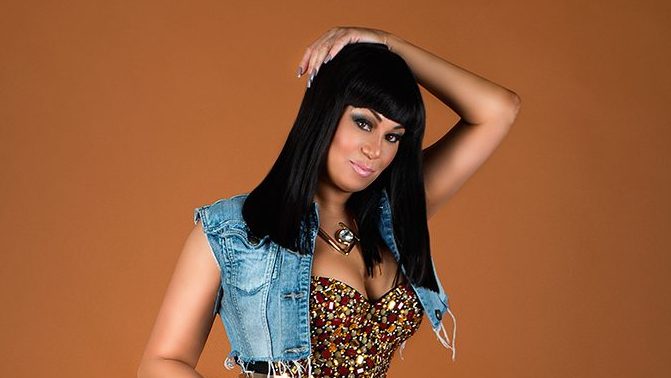 Interview: CeCe Peniston “Are You Ready”

I had the supreme joy of speaking to CeCe Peniston, and from the second the conversation began I found her vivacious, high spirited, and effervescent, and that’s an understatement. Aside from her artistry she shines as a person, and was a regular blast…..She has just released a new single entitled, “Are You Ready”, and she continues to rock n roll…..

Billboard sensation CeCe Peniston, recognized for one of the most anthemic hits on the planet, “Finally”, has enjoyed a titanic career, at times turning the music industry inside out. Dazzling fans with her animated live showcases, CeCe has performed in front of the Pope, President Clinton, and at the late and legendary Aretha Franklin’s birthday party.

The Dayton Ohio girl’s journey began singing before her church congregation, and performing in plays and musicals in Arizona where she spent much of her formative years. While still in high school she acquired a role in a production of “Bubbling Brown Sugar”, and would later attend the University of Phoenix where she developed her lyrical song writing skills.

After being commissioned to sing back-up vocals for a rapper set to release an album on A&M Records, she was discovered by record executive Manny Lehman, and her earth shattering single “Finally” was conceived. She quickly became a vibrant international superstar and was considered to be one of the most successful dance club artists in history on the US Billboard Hot Dance Music/Club Play Charts.

CeCe has also become a fitness mogul. She is an advocate and encourages woman over 40 who want to be fit and fabulous at 50. She claims that it’s never too late to become healthy. She also lives her life by “The Secret.” She believes in not worrying about the little things.

Celebrated R&B/Dance powerhouse CeCe Peniston opens the prestigious, 17th annual “Downtown Urban Arts Festival with a one night only orgasmic performance at Joe’s Pub on Thursday April 11th at 9:30 PM. The festival which was established By Reg E. Gaines in 2001 showcases: music, poetry, live theater and film and runs from April 11-May 18th. 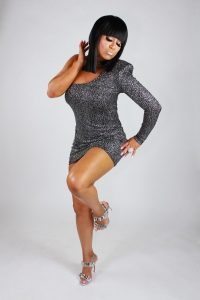 I understand you just got back to the states.

Actually, I just got back from the Bahamas and I’m getting ready to go out again to Atlanta. I have Europe coming up including Baltic Sea Pride, I have Ibiza coming up, so I’ve got a couple of different things.

You are so busy, how cool is that?

Thank you. I thank God for that too. He didn’t have to give me all those blessings. I’ve been doing it for 29 years now, so I keep moving and doing what I love.

Congratulations on being featured at the Downtown Urban Arts Festival, a prestigious event created in 2001.

Yes, I can’t wait. It’s April 11th in New York City. I like that it’s a charity-based event. I always like that because I have a charity of my own. Just the fact that I’m able to give back to the community with what I can do, and I give out scholarships for the kids. Being a part of it is great. Then I get to perform and do what I love, and then hey, who doesn’t love New York City, right?

For sure. It’s going to take place at Joe’s Pub, in New York City and you’re actually opening up the entire festival.

Yes. You know what, I’m thankful to be doing that. I did that at Woodstock a while ago. Just being able to open up everything, the opening ceremonies means to me that I trust you, you’ll be good for the crowd. I’m going to have two background vocalists, a Dj, and make it fun for everybody. I’m going to try and have a live vibe without it actually being live. I like that feel.

As you said you have been doing this for 29 years, I was wondering if you’ve had your ultimate stage fantasy yet?

Oh man, I’ve had several. After apartheid I was the first artist, even before Whitney, to go to South Africa. So that was great. I performed for the Pope in a private audience and Andrea Bocelli was there. We had a private audience with the pope and he gave us rosaries, it was great. Woodstock, I had the opportunity to be there with Thelma Houston. President Clinton, I performed for him several times, and Hillary Clinton at the inauguration. I’ve had a lot of blessed events. Aretha Franklin’s birthday party….I said “Aretha wants me to perform, hello, yeah.”

Wow, that such an honor. I was going to ask you what your favorite experience performing was, but I bet you can’t even answer that?

I really can’t. When you get to this period of time the thing that makes you epic is the crowd and the people that you get to perform with. As a child there are people that you admire, who you’d love to share the stage with. I don’t know how much more epic you can get performing for Aretha Franklin. She wanted CeCe Peniston to perform at a birthday party! I love her too. I admired her work and loved her!

That’s the best when you’ve connected with one of your iconic heroes in that way. So, do you think music can change the world?

I do. I do feel that music can be healing, I feel like music can be comfort. Last year around October I was going through dealing with the death of my mom. I would say definitely not my own music, but other people’s music really helped me get through that time, and still does. I remember that I didn’t have the strength to deal, I remember thinking “I can’t do this”, but “you can help me do it.” I remember feeling the comfort by hearing certain songs and there are still certain songs that I will hear that throw me a curve and I have to turn it off. But at the same time there is something beautiful about hearing them because it brings you back to a time and place that you otherwise may forget. We should never forget loved ones or home memories, because there are very few that you can cherish. 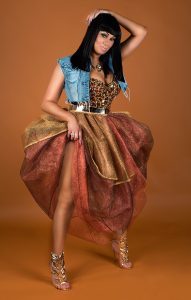 So tell me are you doing any new projects musically?

Oh, absolutely. I just put out a new song called, “Are You Ready.” It’s out now on Amazon, TuneCore, all of the digital platforms, and being played on satellite. I also did a song called, “Hot” that I did with Antonio Dixon. We are doing some movie licensing. There’s a lot of new things that I’m doing as an artist, and I’m also doing some stuff with fitness as well. I’m back on my fitness journey for women who are over 40 and looking to be 50 and fab. People have to know it’s never too late to get on that journey and be healthy and to change your lifestyle. How about that? Even with my mom I had gained weight because of grief and just different stuff. You think “I don’t care what I eat right now”, I think the redemption is working back into that place when you go “Ahhh”, “I want to be healthy.” I think people like that redemption especially after being heavy, “that big coat was just keeping me warm.”

I love that attitude. I just came from the gym 20 minutes ago.

So, you know what I’m talking about, those times when you fluctuate. We all feel great when we’re 100%. And then when you lose a pound you feel great about it and so you just learn to let it be a part of your daily living.

I need to come down and see you because you are just a blast!

Oh thank you, I’m like this on stage too. I’m like real out of the box, my god here we go again. “You know how I am now, come on”. I was at this show with this guy wouldn’t sing with me. The whole audience tried to encourage him to sing. I said “get your butt right up here under the spotlight.” The whole crowd was yelling “Sing, sing.”

Well did he finally sing?

You are a huge gay icon.

I love the LGBT community.

Is there anything else you’d like to say that I haven’t covered?

Yes, I would really love for you to add this: Tell everybody CeCe said “I can’t wait for everyone to come out to Joe’s Pub to see me and remember to always give back. The organization that is putting on this event is always giving back to the community. Make sure you come out, it’s important!”