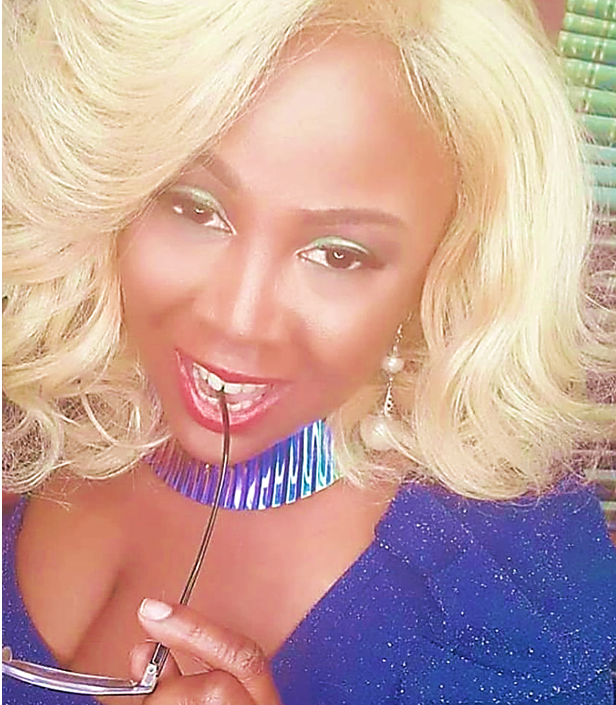 Intelligent Diva has created her own path to dominance, since discovering her love for music and performing at a young age. A woman who loves the music from the 90’s, she fed herself a steady diet of  r&b and pop songs from that era, and has combined those influences with a modern attitude. This is ever apparent on her brand new single, “Work It Out Now.” A colorful and energetic piece, “Work It Out Now” is song that was created based on her experience during a Zumba class which turned into a dance off competition.  The class involved a woman who added some extra moves to the exercise regimen. The woman adding the additional dance steps caused a distraction to the participants in the class. In the class, another woman happened to be a dancer and challenged the woman by dancing around her during the class. The next thing you know the entire class started cheering them on, and adding these additional moves to their exercise moves.  Intelligent Diva recalls saying you better Work It Out Now. The class turned out being exciting and fun, after all with the additional choreography.

After listening to the beat produced by SFR Beats, her intent was to make it a fun song .The next thing you know the steps performed in the Zumba class became the lyrics to a song.

ID is a busy woman, herself. Aside from being a musical artist and owning her own record label, her film career is about to take a big leap. She has two major films, set for release, one of which features the late Tiny Lister. Jr. In spite of all of her projects, she still manages to immerse herself into her music, which is evident with her radiant performance on the new single. Intelligent Diva does nothing at half speed, and “Work It Out Now,” benefits from her alacrity.

In some ways, you can consider “Work It Out Now,” as something of a trendy piece. Due to her range and versatility, I would not compare to another artist.  ID  is attempting to expand her audience by having versatility, and not being placed under one genre of music. She isn’t just a rapper, she is also a singer and songwriter who wants her music to touch different music genres across the world.  ID creates music which expands from r&B , pop, reggaeton and even urban latin music. She doesn’t sample music. All of her songs are original songs from her music catalog which demonstrate her range.

In 2019, the artist initially released an EP called “Collage”. The artist decided to remove the EP Collage from the stores and re-brand.  Even though she’s an indie artist releasing music under own label. She works a full-time job in IT, in addition to running her own record label. ID hired her own team from a music lawyer to hiring a music marketing team ,selecting a studio for both music and film to support her projects. In 2020, the artist released 1 album Seduction, 1 compilation album which is the soundtrack for the movie Flint Tale and 5 singles. The artist who was known for singing, stepped outside as a rapper. The artist achieved her goal by releasing a variety of music under various genres.  For. 2021, the artist decided to focus on singles only. Her goal is to release 12 singles this year and she has released 7 singles.  She wanted to do at least one song which was fun energetic song which could be used for synch licensing. The song “Work It Out Now, is that song.

In her position, as a rising indie artist she constantly evolving all from handwork and dedication. ID is fully vested in her music career and appears to be vested with anything that she does.  An artist with range and versatility are key indicators for long term presentation. Let’s hope this direction is long term for ID.

A song like “Work It Out Now,” with its stand out and memorable chorus, actually holds potential for several synching opportunities. There are a variety of television shows, and reality series etc., that would be enhanced and accommodated by such a piece of music. In fact, “Work It Out Now,” is a song which is tailor made for something such as a model or fashion competition. With her acumen Intelligent Diva may have composed the piece with such intent. After all, she would certainly never miss an opportunity to live up to her name.

“Work It Out Now” is a well-arranged track that is dense and layered. The mix isn’t perfect, but the focus is on Diva and emphasizing her personality.  The song does seem to get catchier with each listen, and you are always reminded that it’s intended to be fun and nothing more. The song is currently on both internet and mainstream radio worldwide.  For the track to be ready for radio, a few tweaks would be needed, but the core of the song is fully fleshed. Everything about “Work It Out Now” is bright and big, and for that reason is an attention getter in almost any setting.

Intelligent Diva has taken what some might consider a calculated risk, while others would consider it a natural progression. The artist focuses on making music for the audience of 18years and older. She makes it very clear, with distribution do not listen if you are under the age of 18.

In truth, it seems she is simply attempting to expand her reach, and capitalize by not allowing anyone to place her in a box. The result is mostly successful, as Intelligent Diva has shown a new side to herself and subsequent range as an artist. We are going to be seeing a lot more of her in the near future, so the timing of this song is likely no accident. Intelligent Diva is definitely, putting in the work.