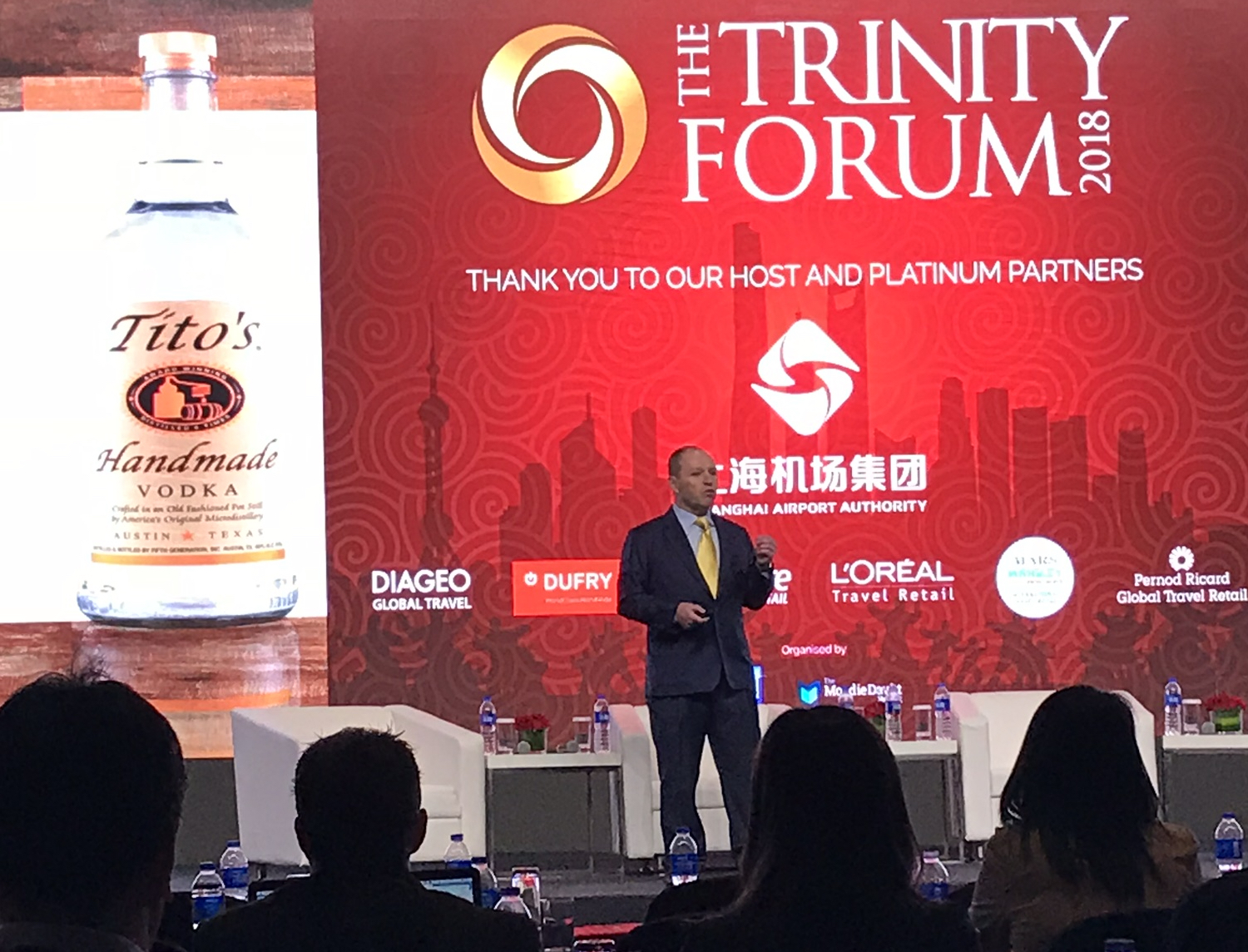 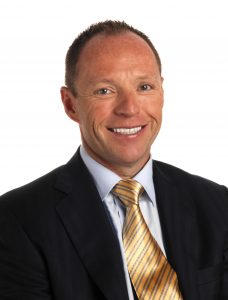 I was fortunate to interview John McDonnell before he delivered a Keynote address at the Trinity Forum conference in Shanghai, China on Oct. 31. The annual event has been called, the world’s most influential airport commercial revenues conference. So when John recommended a visionary new approach to the business of duty-free shopping, he shared his new concept with actual decision-makers who can make something happen.

I knew already that as Managing Director, International for Tito’s Handmade Vodka, John has led the global expansion of the brand – from a few international locations five years ago to 140 countries today. I also knew that previously, as President and Chief Operating Office for The Patrón Spirits Company, he led their achievement of the world’s #1 tequila brand in retail value. In fact, John is widely credited for having established the ultra-premium tequila category globally.

Several contacts of mine in the travel industry wrote the other day to say that John’s presentation was a major success. One attendee shared the verdict that, “John killed it!” I understood already that John’s concept, if implemented, would change the way travelers can shop duty-free … making it more convenient for us all but, especially, younger consumers for whom the Digital Information Age is as natural as breathing.

Now that the presentation has been shared with the right decision-makers, I asked John to give me an actual peek at the concept he recommended …. 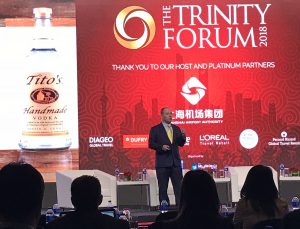 So John – what’s the Big Picture idea you presented at the Trinity Forum?

Well let’s start with the idea and appeal of duty-free shopping. The world’s first duty-free shop opened at Shannon Airport in Ireland back in 1947. That store is still in business, and why not? Duty-free shopping is a simple but powerful idea: it lets travelers avoid local fees and taxes if they purchase items to be used in another country or jurisdiction.

The concept of saving money is, of course, quite appealing. The problem is, the industry hasn’t kept up with the communications and lifestyle changes that the Digital Information Age has brought with it. The world as a whole is still catching up and catching on, too, but Duty-free in particular is behind the times.

Younger folks these days virtually live and shop on their phones. There’s no going back. It’s up to the industry to adapt to the future that’s emerging right now. So I recommended a way for the industry to do that.

The need to adapt to a digital world isn’t limited to the travel business, is it?

Not at all. Here’s a practical, everyday example: our use in the United States of “911” as a standard emergency number.

911 was established by the Federal Communications Commission more than a half a century ago. The first 911 call was made by an Alabama Senator in February of 1968. Since then, it’s become a U.S. standard … but only for phone calls! That’s what us older folks learned to do: pick up a phone and call “911” to report an emergency.

But – younger generations have been texting a report to that number, not phoning it. They have a different, much more digitized mindset, of course. It’s second nature for young people to text on their mobile phones. That’s what younger generations do. And they expect the world to text right back!

I never thought about that! But then, I’m too old to have grown up with a phone in my hand.

Me too! But not the rising generations of consumers. China is way ahead of us, by the way. They offer their citizens three different numbers to reach just by texting … one number for an ambulance, another to report a fire and a third to call the police. The Chinese already had three separate numbers to text for emergency help, while the United States wasn’t set up for texting yet, at all.

Even now, if you go to the FCC’s website, you’ll see that our “Text-to-911” service, as they call it, is not yet fully available across America. Our nation is still catching up with the times, even as marketers like amazon and eBay are actively finding ways to become more digitized for younger consumers.

So my job at the Trinity Forum was to help the travel retail industry get with the times, too!

Great! How did you do that?

First I pointed out how common it now is to order food from our phones – using apps from third-party services like Seamless, Grubhub, Delivery.com and many others.

Then I cited the example of Drizly, which lets the consumer order beer, wine or liquor for delivery — even being able to ship it to another city — as easily as ordering a local pizza. All with just a few clicks on a mobile phone.

Then I shared the research: the younger consumers are these days, the more they prefer to shop digitally instead of visiting a store in-person. Only 28% of seniors actually prefer to digital shopping more than two-thirds of consumers under age 24 would rather shop from their phones than to make a trip to a store.

I also discussed a few examples in the travel industry of businesses and countries adapting to this trend. AirAsia has developed its own app for booking a ticket and checking in by mobile phone. Emirates Airline is doing the same thing. And United Airlines is teaming up with Uber to let passengers order rides specifically to and from the airport.

In fact, 77% of younger travelers want to handle all their airport-related purchases by phone — parking, meals, souvenir, reading materials, etc. So to me, the writing is on the wall: the entire travel retail industry needs to harness digital convenience for younger consumers.

That all makes sense! So how do they do it?

Here’s the headline: these different groups need to come together globally – airports, airlines and duty-free retailers. My suggestion was to create a new platform together … a global duty free app! 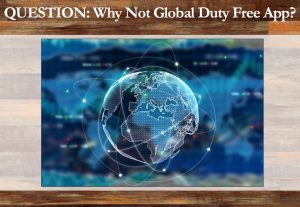 Obviously the airlines know when a passenger will be traveling between different countries and jurisdictions. They would pool that data with the local airport authorities involved.

The airports would drive passengers to the app with purchase incentives – like a discount for ordering duty-free products in advance of a scheduled trip. Purchases would not be delivered, of course, till the actual trip is accomplished.

Meanwhile, suppliers – like Tito’s Handmade Vodka – could advertise on the app and in our own Point of Purchase materials, and we could offer buying incentives by phone … “E-coupons” for example.

The shift to digital purchases would mean that less space is needed for actual duty-free stores … which opening up room for new retail options and increased revenue for the airports.

This teamwork for a Global Digital App lowers the cost of acquiring customers, increase profits, provide better inventory management and, as I mentioned, create potential new selling space at airports.

Most of all, the increasingly vast majority of consumers – especially younger ones – would gain the ability to purchase duty free and arranged shipping from their phones. A win-win-win for us all!

Terrific, John! How soon will this new global app be ready?

Well, the response was quite encouraging. But there’s a lot to be worked out. I’m optimistic, though, that this convenient new form of digital duty-free shopping will be a global reality.