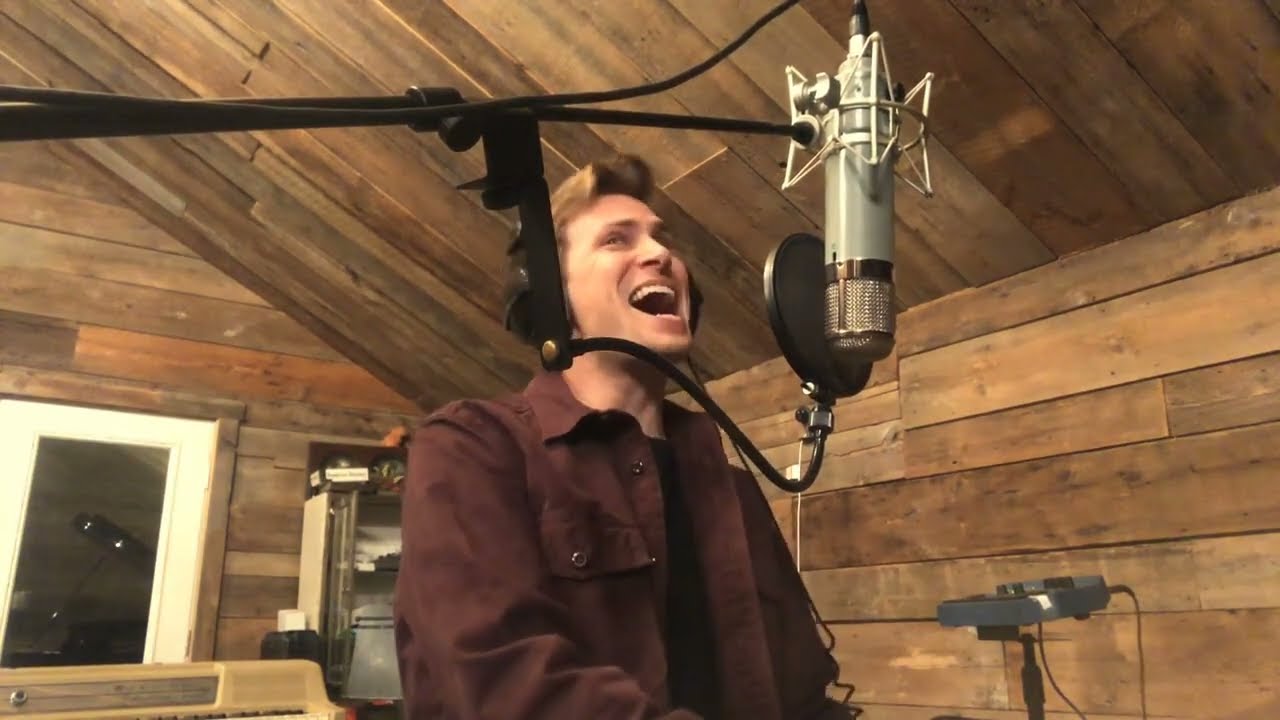 “In the Company of a Friend” by Tyler Mast

I feel something stir inside me when I hear the opening bars of Tyler Mast’s “Ayla”. I cannot name it, no label will suffice, but I feel my eyes widen and my heart flutters the way it does when I hear bands such as Little Feat, The Band, any act where the Hammond organ or piano plays an integral role in the artist’s sound. It does not ring false. Some bands and artists might embrace it as an affectation intending to court certain audiences but not Mast’s new album In the Company of a Friend. He’s commandeered this particular musical vehicle because he has something personal and substantive to say within its parameters and, maybe, how far it can travel.

His lyrics for “Ayla” speak to universal experiences with recognizable poetry. He’s well versed in the art of pouring old wine into new bottles but peppers time-tested recipes well. Few do. Gospel, blues, and even gossamer rock attitude collide during “In the Lupines” and the song’s development amplifies its debts. Mast has built much of his playing reputation on keyboard prowess and employs a diverse array of sounds for the album. Few of the organ-driven tracks, however, are centered on the organ while the piano is a foundational component for many other songs

“Last Fall” is a beautiful piano ballad full of meditative grace. The production applies a slight echo to Mast’s voice that invokes atmosphere without going overboard. Mast follows his expected path based on the preceding songs and orchestrates what begins simply into something much grander. “Here’s to the Fools Who Tried” has a stuttering guitar part during its introduction before shifting into verses underpinned with chiming melodic guitar. Key backing vocals sweeten Mast’s voice. It’s reminiscent of Phish, with a bluesy vibe.

We get a traditional count-in with “Is It Too Late for Me?” before Mast and company whip up a dense rave-up with the organ and piano trading volleys. The “everyman” aspect of the song’s lyrics may fall flat for some reasons, but it’s not calculated. It takes on new life in the song’s outstanding arrangement, however. He builds much of the song around the organ and his vocal. It works spectacularly well.

There’s a languid melancholy running through “End of the Road” that’s impossible to ignore. It’s musically dominated, like other songs, by keyboards, in this case piano, and Mast resists any urge to add much more. Positioning this track late in the running order is an excellent move as well – it feels like a late album track rather than an opener. There’s something very writerly about the way Mast concludes the album with its title song. “In the Company of a Friend” is a deceptively simple track, both lyrically and musically, and elicits one of Mast’s best vocals. His releases may land at infrequent intervals, but Tyler Mast has built one of the most interesting singer/songwriter discographies available today. In the Company of a Friend is one of its best additions.