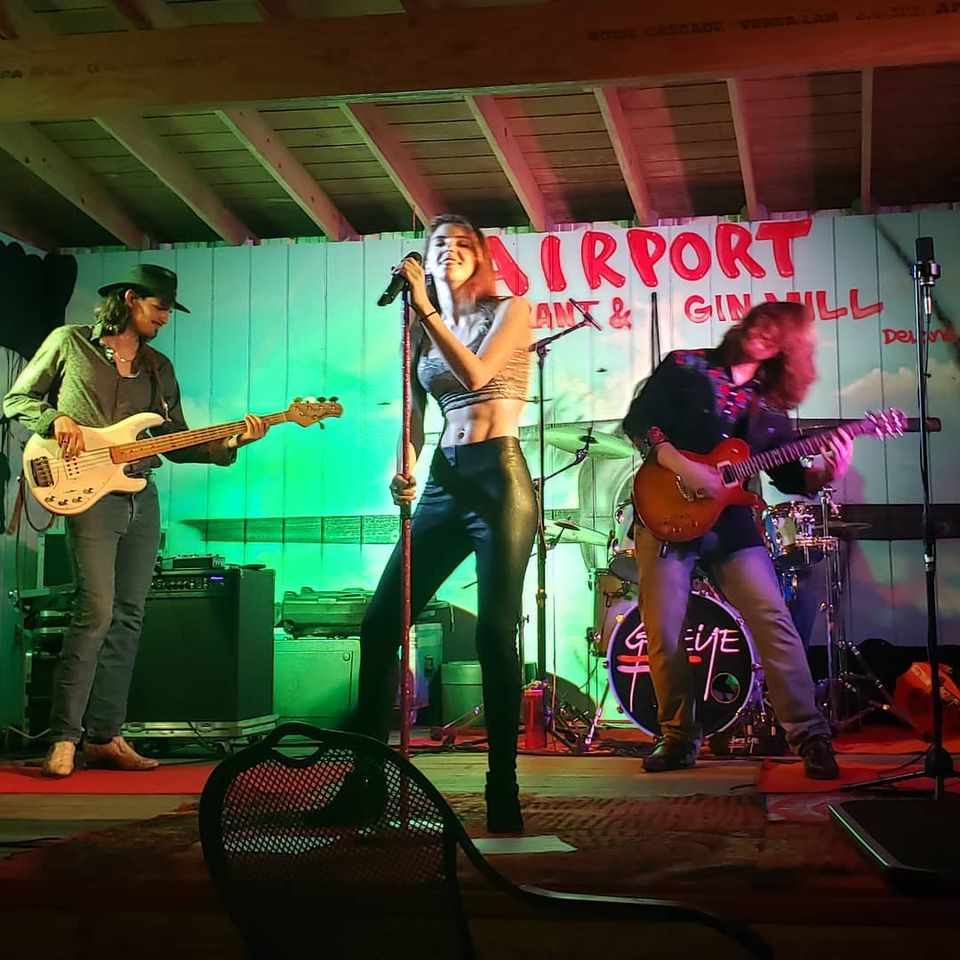 Picture this, you’re happy and feeling like you’re on top of the world. Nothing can bring you down when suddenly something overtakes you. An unexplainable feeling of unease and nervousness. You don’t know what really happened and nobody around you can either. It’s like the act of communication has failed you on all fronts and now you have to pick up the pieces to make sense of it. That kind of existentialist terror is brought with rocking aplomb by Daytona Beach, FL act Greye. On their latest single, “I Don’t Mind” the sheer terror is brought to life with a disarming screech of electric guitar courtesy of Jett Wolfe while a drum kit bangs on, only building up the tension before lead singer Hannah Summer doesn’t even attempt to relax you.

She’s uneasy, but her voice is confident, and she wants you to feel unease too. With a sound similar to rock acts from the 90s, Aerosmith especially came to mind, Greye has crafted something you’d find in any stadium to a crowd soaking it up like its the time of their lives, which is made more ironic since the songs darker connotations bust through like flies under rotting flesh. We’re constantly teased with imagery of a smiling man, maybe an ex-lover that Summer returns to who’s never the same as he was last. Summer stated that she wrote this last year very early into the pandemic and wanted to create something that wasn’t bound to just the current events and would feel more inclusive to those going through relationship troubles, and I’d say she hit the nail on the head.

God knows we’ve all been with someone who flips the script on us and all we want is some peace of mind as to why, but we’ll never get an answer. Maybe the answer could hurt more than not knowing and Summar pays lip service to this (“finally the answers call as quickly as they go.”) There’s this unending sense of dread as time passes on the track, clearly indicative of the time passing from this relationship and by extension, the time we’re all losing with our lives on pause as Summer says “I’m losing time, it’s slipping through my hands, I don’t need a way with words, just ways to understand” and I know that phrase will punch people harder in the gut than the opening shatters the eardrums with its stellar opening riffs. This is the kind of rock for someone who scoffs at anyone who says rock “doesn’t have anything deeper to say.”

Everyone is giving it there all and wants to entertain but they leave you with something to linger on after the single ends. Even the title “I Don’t Mind” has this almost passive-aggressive nature to it, like Summer and company are saying they don’t mind what’s happening around them, but it’s just a front because pulling back the strings to get answers would only disappoint. Summer ends by saying that she “can’t speak the language” of this confusing world, but the way she translates it to us is with brilliant ease. Highly recommended.