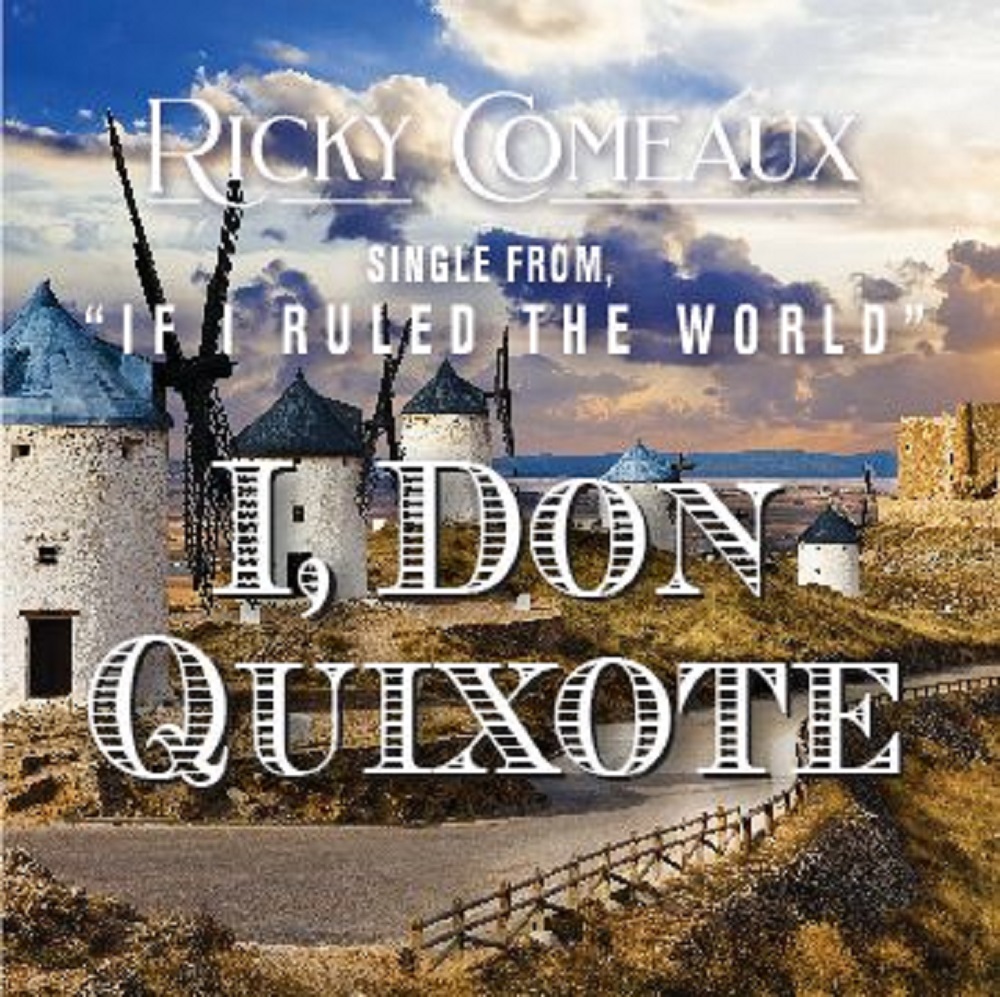 A follow-up to his “Hallelujah” release, singer Ricky Comeaux flexes a completely different tone and vocal capacity in his show-stopping version of “I, Don Quixote” from the iconic Broadway musical, Man of La Mancha. Both “Hallelujah” and “I, Don Quixote” are from Comeaux’s impressive debut album, If I Ruled The World. A collection of classic rock, pop and musical numbers from some of Broadway’s most famous plays, Comeaux plays it right in the infamous “I, Don Quixote” tune.

Joining other tracks like “Theme from Kiss of the Spider Woman”, “Tell Me on a Sunday” (Andrew Lloyd-Webber; an interesting choice because it’s from a one-woman show), “Since I Fell For You” (Lenny Welch, Al Jarreau) and of course the aforementioned “Hallelujah” (Leonard Cohen), the varied mix, according to a press release, is due in part for Comeaux’s mother. He dedicates the songs to her, and his special connection is evident, especially in “I, Don Quixote”. Its’ a bold thing to take on this song and Comeaux’s confidence is warranted.

If you didn’t understand the context of the song, and thought it was a Comeaux original, you might think what the heck? What is with this guy singing like he’s a Rockstar one second and in the next an opera star? Knowing that’s it’s from a famous play (dating back to 1965), the listener gets a better grasp that Comeaux is in fact singing from the point of a view of a character, all the way back to the Spanish Inquisition. That said, the play itself throws out several tropes, including taking on the impossible, following one’s destiny and championing right versus wrong. A bevy of famous Broadway stars have taken on the role, as well as this song. The list includes Richard Kiley (who won the Tony for the role in 1966), Raul Julia, Hal Linden, Robert Goulet and Brian Stokes Michell. The 1972 Man of La Mancha film starred Peter O’Toole as Quixote, but his voice was dubbed by Simon Gilbert.

And a knight with his banners all bravely unfurled, now hurls down his gauntlet to thee, I am I, Don Quixote, the Lord of La Mancha, my destiny calls and I go, Comeaux thrills. His middle-tenor propels the sonic blast over a dramatic music bed ripe with regal horns, stirring strings and an orchestration that feels far wider than the recording studio. This song feels like it’s been recorded for the first time – a testament to Comeaux’s pipes and the music producer, Mark Holden. Holden produced the music in Los Angeles; Comeaux cut the vocals in Houston with Barry Coffing (Randy Travis, Cyndi Lauper, The Neville Brothers, etc.).

This song brings out the best in Comeaux’s talents and emotional drive. He’s singing from the point-of-view of a character hundreds of years old, and the grip he has on the listener is just as fresh. The rolling melodic tide and the majestic tone, “I, Don Quixote” is a journey that brings forth multitudes of happiness. With Comeaux at the helm, “I, Don Quixote” raises the bar and continues the dream.