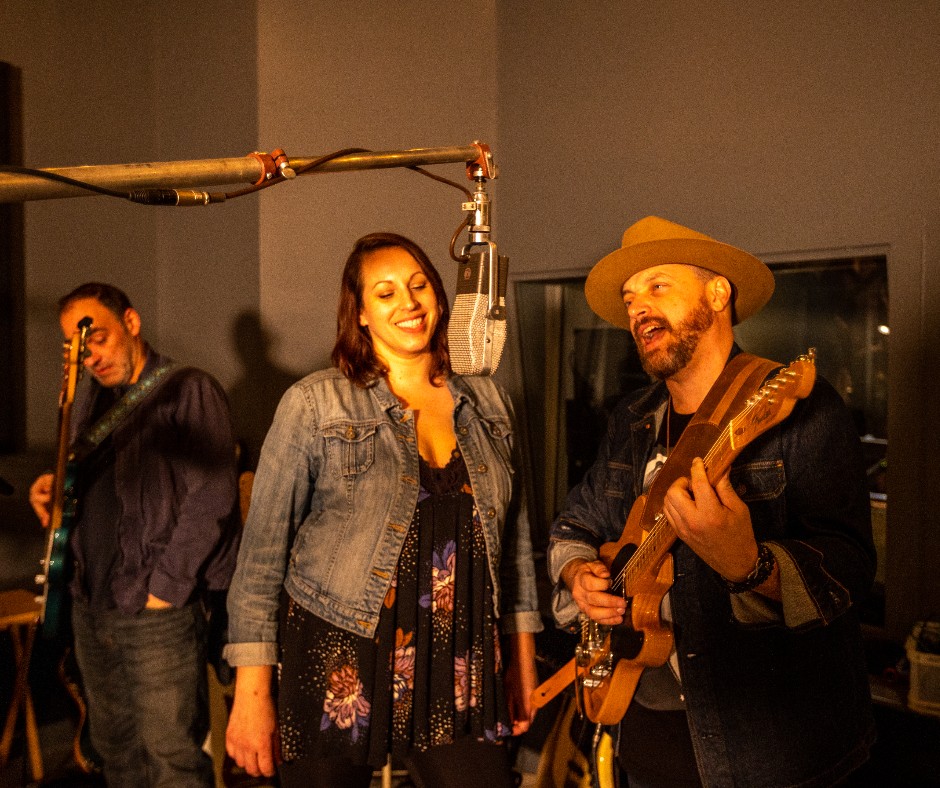 “I Can’t Wait Any Longer” by Mike Montrey Band

I confess a complete lack of familiarity with Mike Montrey and his band before hearing “I Can’t Wait Any Longer” for the first time. The single from The Mike Montrey Band’s third full-length studio album Searching for My Soul is a deliberately paced and reservedly atmospheric gem. Fans who have followed the band and their growth since their 2011 emergence will find a great deal here to enjoy as the band, and especially Montrey’s songwriting, isn’t content with regurgitated cookie-cutter performances. “I Can’t Wait Any Longer”, instead, sounds like a vital personal message fashioned from his life rather than someone else’s experience.

The essentially downbeat mood of the songwriting doesn’t dampen my enthusiasm for the song. Montrey’s narrator is obviously knee-deep in discontent, the tempo isn’t exactly sprightly. There’s an indefinable lift you’ll hear in the instruments and there’s something edgy and creative coming off the track from beginning to end. It’s proof as if any were needed that you don’t always need an uptempo track to generate energy. Producer Marc Swersky is a crucial reason, as well, why the track inspires such enthusiasm. He gives The Mike Montrey Band the sort of first class sonic sendoff it deserves rather than soft-pedaling their strengths for listeners.

Montrey’s band goes far on the backs of its rhythm section. Bassist Anthony Duca and drummer Brian Prokop are still laying down the foundation that so many great drum/bass tandems enjoy, it’s true, but they provide a full and precise sound for the band. Keyboardist John Ginty’s organ parts are among the song’s musical highlights. Pedal steel guitar Jack Stanton fills in the track and the horns provide a final exclamation point for the arrangement that’s ideal.

This sort of R&B background and the groove are big reasons why it has broad-based audience appeal. It isn’t a sound that closes any listener out but, instead, invites everyone under its tent and ultimately wants to strike a celebratory note. The video accentuates this. Its imagery of the band performing together in harmony, the good mood of musicians on the same page creating together, these sorts of qualities come through in the song and promotional clip alike.

It’s shaped to play well for audiences too. The running time, however, isn’t an example of the band consciously crafting a single capable of finding the ever-elusive sweet spot for radio play or elsewhere. It’s a natural outgrowth of the music. “I Can’t Wait Any Longer” smacks of impatience in its title, but you never get that feeling from the song. The cut proceeds at a relaxed amble and never rushes to show listeners its full hand.

His confidence is impossible to miss. It doesn’t get announced with self-important meandering epics but rather in the cool and collected way he handles his singing and guitar playing. This polish covers every aspect of the release and helps make The Mike Montrey Band’s “I Can’t Wait Any Longer” one of 2022’s best retro-sounding singles and an excellent harbinger of its album to come.