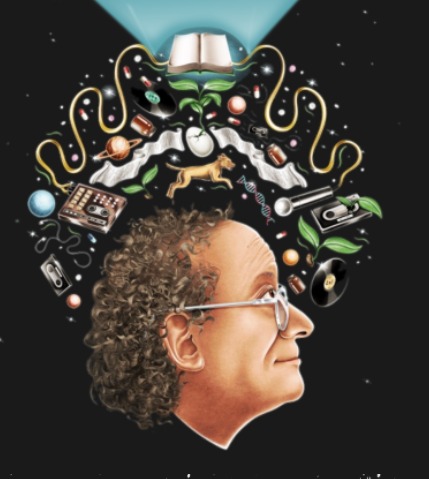 How Did New Howard Bloom Institute Come To Be?

Howard Bloom has been called the Einstein, Newton, Darwin, and Freud of the 21st century by Britain’s Channel 4 TV.

He is the author of seven books, including The Lucifer Principle: A Scientific Expedition Into the Forces of History.  One of his books, Global Brain, was the subject of a symposium thrown by the office of the Secretary of Defense, with representatives from the State Department, DARPA, the Energy Department, IBM, and MIT.  His work has been published in The Washington Post, the Wall Street Journal, Wired, Psychology Today, and the Scientific American.

Bloom’s base was in microbiology and theoretical physics.  But in the 1970s and 1980s, he went on a field expedition into a territory he knew nothing about, the dark underbelly where new myths and movements are made, popular culture.  He founded and ran the biggest PR firm in the music business, helping build or sustain the careers of Michael Jackson, Prince, Bob Marley, Bette Midler, Billy Joel, Paul Simon, David Byrne, Peter Gabriel, AC/DC, Queen, Kiss, Aerosmith, Joan Jett, Billy Idol, ZZ Top, Chaka Khan, Grandmaster Flash and the Furious Five, and Run DMC.

He went back to his science full-time in 1988. Since then, he has written articles for peer-reviewed journals or given lectures at scholarly conferences in twelve different scientific fields, from quantum physics and cosmology to evolutionary biology, neuroscience, governance, economics, information science, and astronautics.  Says Joseph Chilton Pierce, the author of Evolution’s End and The Crack in the Cosmic Egg, “I doubt there is any stronger intellect than Bloom’s on the planet.”

But how did a new institute dedicated to spreading Bloom’s eye-opening approach to thought—The Howard Bloom Institute–come to be?

In 2019, BRIC-TV and three-time Grammy-winning director Charlie Hoxie, released a feature-length documentary, “The Grand Unified Theory of Howard Bloom.”  In that film, the then-75-year-oldd Bloom is seen putting together a will to bequeath his property to the establishment of a Howard Bloom Institute.  Why?

He explains, “When I was ten years old and no one wanted to have anything to do with me—not other kids and not my parents—two people reached out across a distance of 350 years and saved me: Galileo and the inventor of the microscope Anton van Leeuwenhoek.  Now my obligation is to reach out across the next 350 years to save the next lost kid down the line.”

The Grand Unified Theory of Howard Bloom won two festival awards.  And viewers of the film tracked Bloom down and asked if they could join the Institute.  Alas, there was no Institute.  So Bloom put these hopeful activists together.

November 10th, their Howard Bloom Institute will launch with an appearance on 545 radio stations, the release of an NFT, the contribution of a million units of the new cryptocurrency Thought, and the release of two pieces of music based on Bloom’s work.