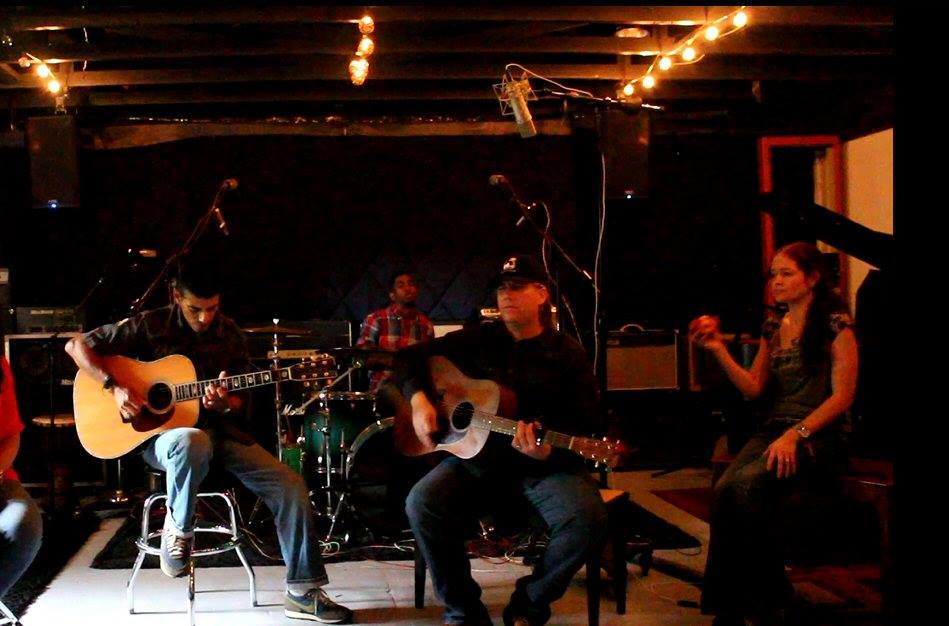 Imagine this. You’re hit with the slow strings of a violin before things kick up and a voice that contains haunting qualities despite most likely being from someone unfamiliar fill your ears with lyrics of the magic of love, blinding someone over what they see before them, even citing the nonsensical celestial quality to it. “Set my heart on fire, your love is a flame he says.” These are the sounds of House of Peace with their first single from their album Welcome to the River, “Love is a Flame”. If you’re someone like me who feels like there isn’t enough flair and flavor in a lot of pop music beyond the flashy gimmicks that are being repeated over and over, this is much more up your alley.

There’s been an immeasurable amount of time I assume spent on this single what with its detailed and layered strings, drums, and vocals utilizing haunting reverbs and complex composition. You can certainly feel that this song is a source of joy for the group and it’s one where you can envision everyone in the studio working endlessly to convert their vision, a pure one about the strength and troubles of love itself, existing side by side. It’s very easy to understand why House of Peace has shot to the top of so many charts with a couple of thousand spins under its belt. It’s a refreshing taste of what indie music can be when you think inwards to present ideas outwards.

Leading singer David Liscum is the producer of the song and its upcoming album release, but he was able to bring on Sean Moffit for the mixing. Moffit is best known for mixing and collaborating with the likes of Josh Groban (and you can definitely sense the overlap given the more theatrical qualities of both acts). and Zach Williams. Listening with headphones is highly recommended so you can soak up all the subtleties and the real raw emotional strength coming from Liscum’s voice. The song’s qualities are also backed by the energy that lends itself to physical enjoyment and I can easily see this being someone’s go-to late-night “gotta dance out the feelings song”. A planned EDM release is on the table for later this year.

House of Peace is very clearly in the victory lap phase of their career following the release of their previous single “My Love” and its success and warm reception, Liscum has stated that they’re saved “the best for last” and hopefully they mean in terms of recent releases because I think these guys have every chance of leading a revolution in the evolution of what indie music can sound like. It has modernist sensibilities, but you can always feel the homegrown qualities of it. If you’re not a fan of more expressionistic music with more classical music undertones, I’d recommend giving this a chance. You could find yourself enlightened and genuinely moved and excited by a song juggling concepts of love, but crafting something that you can groove to.