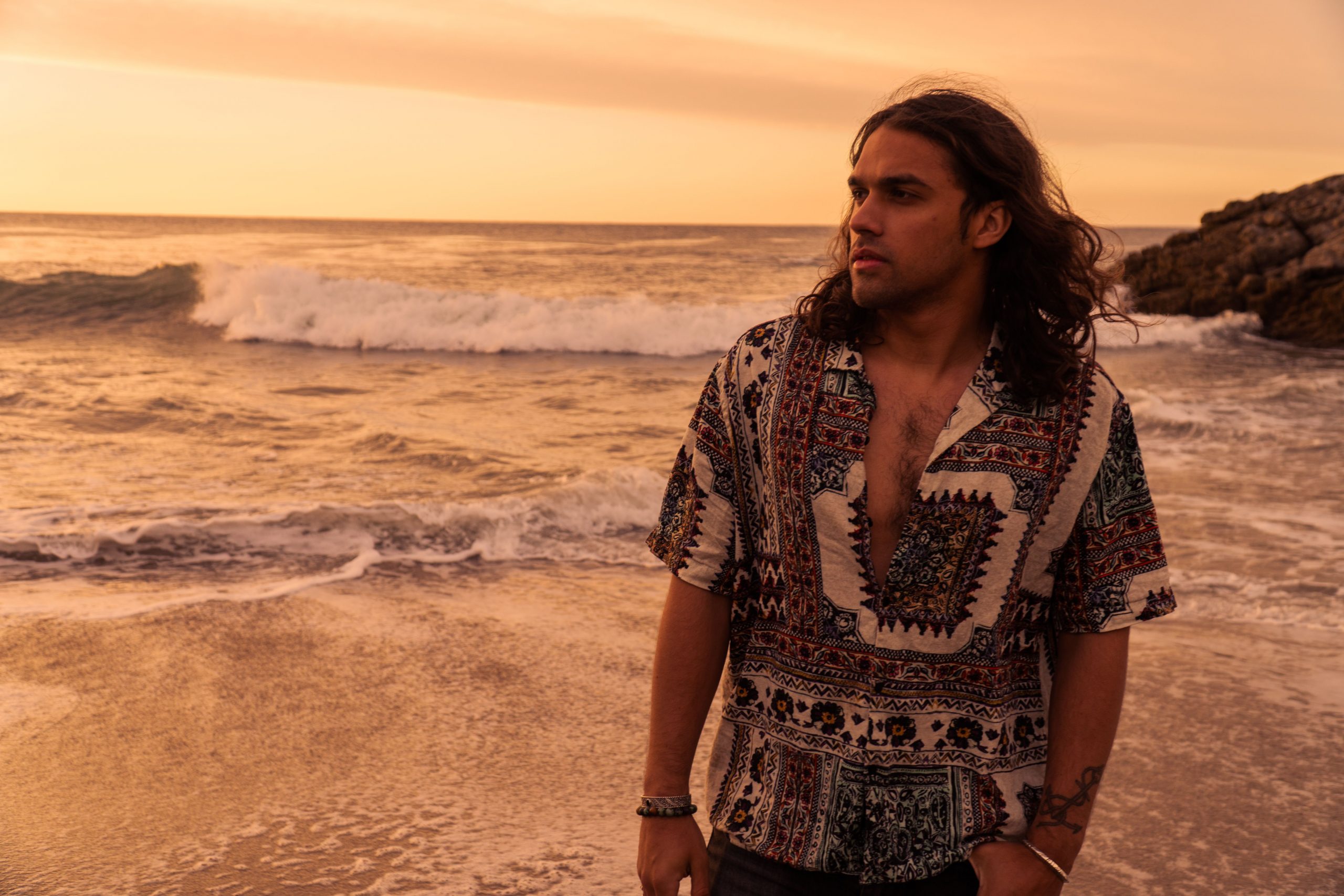 “Hold On Me” Single by Nathan Harrington

Clocking in at 3:32, “Hold On Me” is the new Reggae flavored single from Nathan Harrington. Harrington is a twentysomething Singer/Songwriter from Los Angeles, with an affinity for all things, Rasta. Musically, his approach extends beyond strictly Reggae stylings, and on his new single, he’s able to merge those influences. Not much is known about Harrington’s life before music. That mystique serves him well, as he charts his course towards his destination.

“Hold On Me” is an acoustic driven track, with some light percussion underneath to add fullness. It’s a stripped down, and vulnerable piece, that compliments its tender subject matter, effectively. The emphasis, of course, is on Harrington’s vocal, which is minimal, but pleasant. His voice is still developing, but at the same time, he has a firm grasp on his strengths as a singer. He embodies the prototypical Socal surfer, with a penchant for musicality

You captivate my mind/with your eyes so sublime/They remind me of an ocean sunrise. You certainly can’t accuse Nathan Harrington of not possessing a poetic streak. Truth be told, everything about the presentation of Harrington on this track, works exceptionally well. As aforementioned, he has a voice that boasts mass appeal. He has the ability to be virile and sensitive, simultaneously.

“Hold On Me” is described as being about experiencing the “newness,” of falling in love. The lyrics describe that initial surrendering and feeling consumed by those emotions. If we aren’t careful, we become addicted to that initial rush, until it ultimately starts to fade. The beauty of a song like “Hold On Me” is that we don’t know what becomes of the characters. They very well may not stay together in the end, but that really isn’t the point.

In the music video for “Hold On Me,” we see Harrington and a young woman, enjoying one another’s company. They gaze at one another, as if they never want the moment to end, while also never really considering that it may. The pair don’t have smoldering chemistry, but the video does a serviceable job of establishing the dynamic. We get to see that Harrington stands out, aesthetically, from many of his contemporaries. You could easily tell someone he is in a different genre, based on his look, and they would probably believe you.

It may be premature to say that Harrington has hit a home run, here, but it’s also hard to say, he hasn’t. “Hold On Me” is a great Reggae Pop song, and even somewhat novel, partially for that reason. You want to know and hear more of Harrington after listening to “Hold On Me.” Follow up will be essential in that regard. As for now, Nathan Harrington seems to have a grip on things.