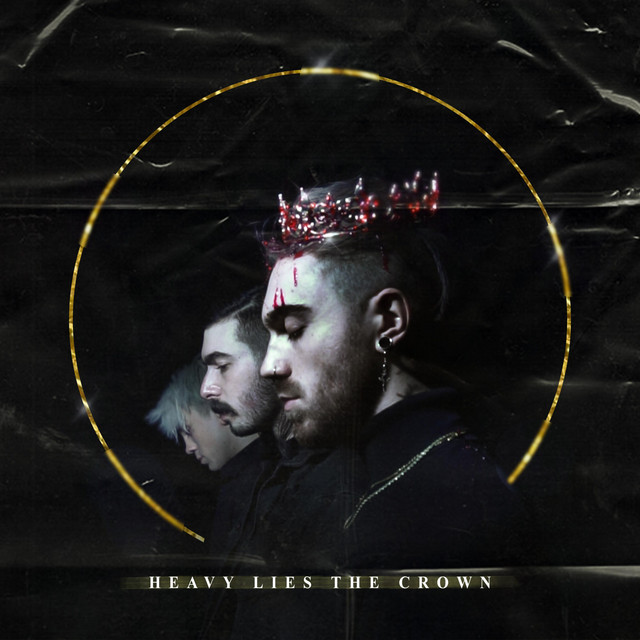 There’s nothing quite like the feverish grind of guitars to set the tone in a hard rock performance, but rather than hitting us with gargantuan distortion right out of the box in their debut “Heavy Lies the Crown,” Gold Souls want to build up the tension before riffs ever enter the equation. The first fifteen seconds of this song aren’t sporting vicious virtuosity, but instead the fragility of a cerebral harmony that brings to mind early Tool. This isn’t a ramshackle rock n’ roll offering by any means, but one that indeed feels as progressive as the culture around heavy music is becoming in 2021.

Although it’s an agent of melodicism in this mix, the lead vocal in “Heavy Lies the Crown” isn’t softened by the contrast it creates between the verses and the instrumental backdrop. On the contrary, I would argue that it has a little more edge because of the gentle delivery it’s afforded in the main verses here, building up to the guttural screams that line our direct path to the climax of the song. Layered songcraft is becoming increasingly common in pop music, but it’s nice to see it finding a home in straightforward hard rock as well.

The bassline has great depth here, but I think the drums are dominating the bottom-end of the track more than anything else is. The percussive thunder that comprises the backbone of “Heavy Lies the Crown” doesn’t underwhelm nor overshadow the intricate punch of the melodies, but instead makes the lyrical content a little more heartfelt and even scathing in a few spots. Again, I’m getting a detail-oriented, highly progressive vibe from the way this band is presenting themselves in this rookie release, and hopefully, it’s only a taste of what’s to come out of their camp in the future.

This mix doesn’t force any specific element into the spotlight over the others but rather emphasizes how much of a group effort “Heavy Lies the Crown” really is. No one is falling behind or slacking off in this performance, but instead pushing those beside them to play that much harder in pursuit of an epic release at the conclusion of the song. They get there, and inside of only two and a half minutes, and I think their next priority should be trying to find a manner through which they can expand their conceptualism in this track into an entire LP.

Some might look at the cosmetics of “Heavy Lies the Crown” and think of metalcore with a modern twist, but I think there’s even more to this band than just the hybridity of their unique sound. They’re definitely bringing all of the rawest parts of heavy music back to the table, but there’s a fundamentally poppy sensibility to the hook in this particular song that tells me they aren’t going to shy away from radio-friendly aesthetics, either. Time will tell for sure as to whether it works out for them commercially, but I think it would be smart of Gold Souls to stick with their present formula as a direct response to the mundanities of their rivals in rock and metal right now.