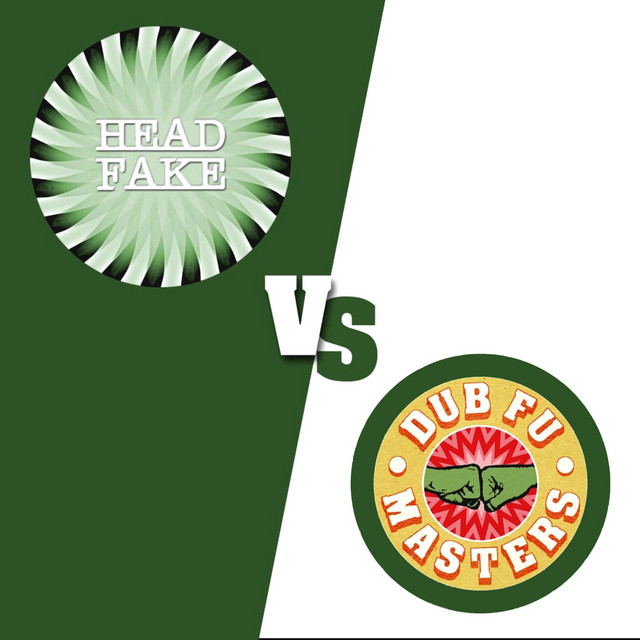 The spellbinding glow of the nightclub beat has been largely missing from our lives for the better part of the last year, as the world was left in a pandemic-forced standstill with no set return to normalcy in sight. For some, the absence was deafening enough to inspire a lot of inventive, surreal songcraft potentially uncreatable were it not for the peculiarity of 2020 itself, and when listening to the new collaborative EP from Head Fake and Dub Fu Masters this June, I think it’s obvious the period fostered a lot of creative development where it counts the most. The underground is surging with exciting talent at the moment, but if you’re in the mood for a specifically danceable, neo-80s experience as sonically captivating as it is provocative, Head Fake vs. Dub Fu Masters is inarguably a must-have record.

In “Trump Funk,” Head Fake and Dub Fu Masters explore rebellious political lyricism against the backdrop of a texturally expressive bassline and beats as big as a mountain – but their message isn’t lost in the noise by any means. On the contrary, the discordance of the arrangement this track features is perhaps the greatest element of reflection the lyrics could have been met with; we’re not just listening to another linguistic rant about the ex-POTUS, but an aural encapsulation of the time in which his name and unpredictable nature were such a dominant force in the headlines. It’s clever but also concise enough to be as accessible to the causal electronic pop enthusiast as it would the diehard audiophile, which isn’t typically the case with this type of release.

As far as chemistry is concerned, Dub Fu Masters sound like the perfect fit to balance Head Fake’s manner of songwriting, which has favored physicality going back to last year’s “JFK” and EP3. The compositional depth of the relatively clandestine “One Step” is never obscured by either party attempting to show off or overshadow the other with virtuosities; its old school fragility is preserved by both the master mix and the style of their performance, as opposed to being produced after the fact using synthetic bells and whistles best kept out of the fold entirely. “Overjoyed” is similarly pristine in presentation, but even its cosmetic frills and glossy lead vocal sound more the product of intricate compositional wit than they ever do the exploitation of artificial elements.

I would love to see these two acts collaborate again in the future, and if there’s anything we can take away from the collective detail and decadence of Head Fake vs. Dub Fu Masters, it’s that they each have the caliber of talent it takes to yield something fascinating in even the simplest of settings. The beats and melodies in a new waver like “Overjoyed” translate as kaleidoscopic and downright immersive with a good pair of headphones because of the grander approach taken here. There’s no asking permission to be eccentric in any part of this track list, nor feelings of guilt attached to enjoying something so willfully offbeat in an era principally rewarding conventionality in pop music. To deliver something that covers both a swelling demand for minimalist song structures and indulgent melodicism the same takes something much more profound than luck or talent alone – it takes players who can connect on a multidimensional level, and that’s what Head Fake vs. Dub Fu Masters unapologetically showcases.