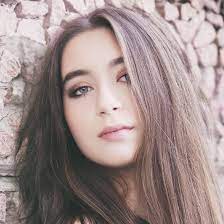 The newly remixed single by teen sensation, Hannyta, is aptly titled, “17.” Getting what’s labeled as the “Houson Boombox” remix, what we have is a well-produced track, with a somewhat idiosyncratic performance. Hannyta’s enthusiasm takes this track even further, even if the lyrical approach is painfully direct at times. Based on the title, alone, listeners will likely get a Swift or Adele vibe, but make no mistake, Hannyta is her own creation. She’s one of those artists that just kind of jumps out of the speakers.

Originally from Hungary, Hannyta migrated to Scotland, and now resides in the U.K. Her catalog is already somewhat dense, considering her age, and she remains highly productive. This is of course just one version of “17,” and as far as immediacy, this one resonates well. The production value is highly flattering for Hannyta and makes her sound as though she’s already a Pop Star of some distinction. Her target audience will identify themselves with little consideration.

Somehow, this version of “17,” feels both modern and classic. It’s got a sort of post electronic feel, and you get the impression that Hannyta has a range of influences that span several decades. The loop of say what you mean/mean what you say, is a solid hook that sticks. There aren’t a great deal of shifts from a dynamical standpoint, but this is essentially a dance hall mix. It’s designed to make sure Hannyta doesn’t get left out of the nightclub scene.

Hannyta has a well-developed voice and that is what stands out the most in this mix. The beat is simple and common, but it provides a suitable backdrop to Hannyta’s tale of young love and all of its sorrows. The prevailing arrangement makes this tune worth revisiting, and making you want to hear more from Hannyta as well. Her alacrity is enough to get her in the air and stay there. She simply has one of those voices that captures your attention, instantly.

Spending time in America, it’s said that Hannyta embraced western culture, affectionately. This version of “17,” is likely to appeal to audiences of all ages and nations. You can dance to it, but mostly you’ll find yourself getting locked into the melody. There’s an effortless groove to the Houson Boombox mix, and that sort of texture is generally welcome for any occasion. It’s not a groundbreaking effort by any means, but it also doesn’t attempt to be anything more than supplemental in scope.

Hannyta has already enjoyed numerous accolades. Several of her songs have charted on a variety of lists, and she’s a semi-finalist in the International Songwriting Competition. Her music is inoffensive, but not overly sanitized, either. There’s a good chance that she has something in her repertoire for everyone, and as an introductory piece, “17” is descriptive and fun. You’ll likely be hearing a lot more from Hannyta, in the coming years, as she continues to find herself as a songwriter.