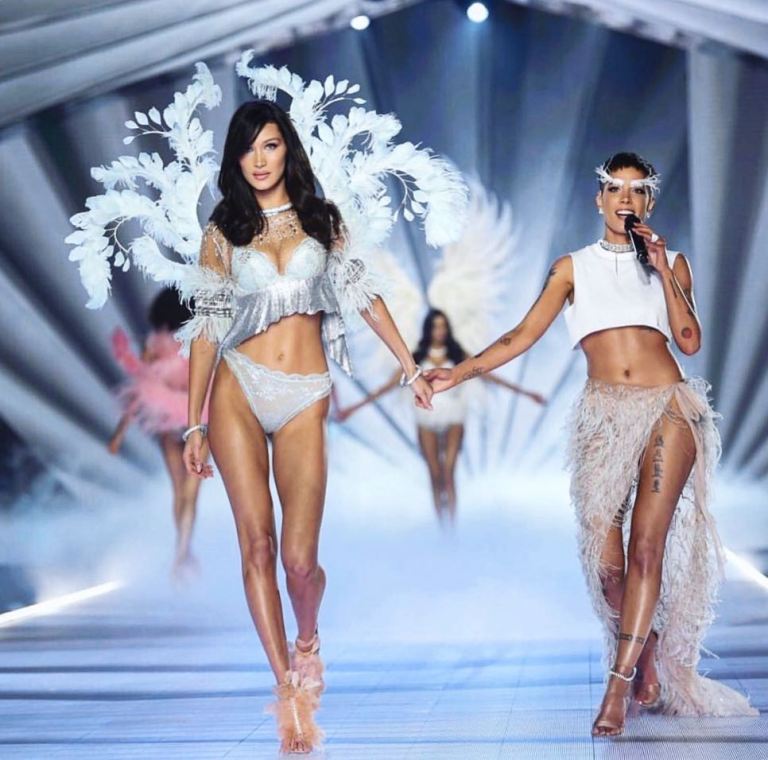 Halsey has a new respect for the world’s top models after performing at the Victoria’s Secret Fashion Show on Thursday night – and realising they’re all lovely.

The Bad At Love singer went into the runway show a little nervous because she feared there would be a lot of catfighting backstage as the world’s most beautiful women faced off, but she couldn’t have been more wrong – and she had a blast.

“It was better than I could have imagined,” she says. “I kind of expected a very tense and competitive environment. (It was the) opposite. All the girls are so compassionate and they are so supportive of each other. Everyone’s having fun all day… You can just tell they are living their dream and their energy is contagious.”

Halsey took the stage alongside The Chainsmokers, Kelsea Ballerini, Rita Ora, and Shawn Mendes, among others, and admitted she really enjoyed hanging out with her famous friends.

She tells SiriusXM’s The Morning Mash Up, “We walked out for the finale and I looked at Kelsea and I looked at Drew and Alex, The Chainsmokers, and we were all just like, ‘Can you believe we’re doing this…?’ It was awesome.”

But there were a few tense moments for the singer as she performed, because she worried constantly about knocking a Victoria’s Secret Angel over.

“Every girl that walked past me with wings, I was just like, ‘Just please don’t come anywhere near me, because if I ruin this for you, I’ll never forgive myself’.”

Kendall Jenner, Behati Prinsloo, Candice Swanepoel, Winnie Harlow, and Gigi Hadid were among the Angels who hit the catwalk for the taped TV event, which will air on December 2, 2018 while Adriana Lima made her last trip down the runway after 18 Fashion Shows and 20 years with the lingerie brand.

The Brazilian model received an emotional standing ovation as she made her final walk.