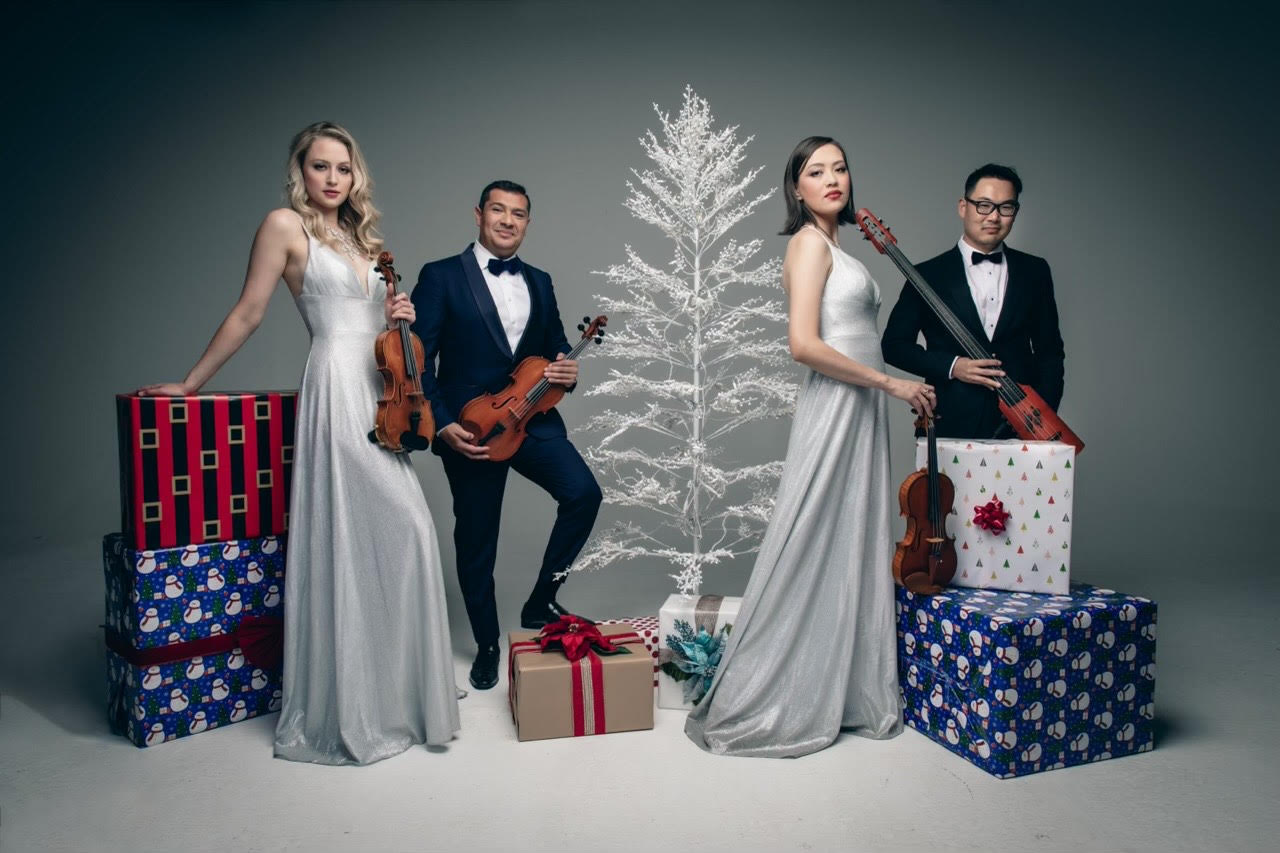 The new beautiful instrumental “Hallelujah” from Dallas String Quartet solidifies the group’s continuous escalation to one of popular music’s most endearing acts. Capturing the emotional draw from the Leonard Cohen original, “Hallelujah” is a triumphant caveat to the holiday season. Whereas some carols are sculpted from jolly or childlike memories, DSQ casts a stunning array of magic and a heart-centric glaze to warm even the most grinchiest of grinches. Today, tomorrow and everyday – it’s renditions like this that make “Hallelujah” a modern classic.

Filling spaces with the slow-tempo of the violin strings, hovering over the piano as if the strings were falling snowflakes, DSQ cautiously steps into each measure with poise and elegance. The piano keys, sounding as if they were tiptoeing along an icy patch, are just as prudent, give a pronounced and gilded sonic blend. As the song progresses, the strings dance together in a tightly-bear-hug of arrangement. The harmonies, oh so lush, can’t be ignored. They hit you with such a flowering and immersive sound that it’s hard to imagine that it’s just four violins playing and not 400. The enlightenment of it all – the euphoria is substantial. To hear this song is to achieve another level of escape – and even though it’s instrumental, the words seem to skip along, falling nicely into place. One by one, they hit you like seeing the northern lights (the aurora borealis) for the first time in person.

An interpretation – yes. Is it better than the original? All signs point to yes. DSQ is doing things no other classical music/crossover group is doing. They capture and harness magic that can’t be replicated by just playing notes on a page. They communicate to their audience boundless joy and almost supernatural streams of consciousness. They take you places you never thought imaginable and take a song that has been played time and time again and make it sound like a brand new song. While the tempo and the rhythm might be mellow or relaxed, the listener’s soul feels rejuvenated and amplified. As the strings catapult the listener to a higher emotional state, the piano keys seem to ground and gather the listener. The ebb and flow, and the synergy between the instruments is dazzling. I was transfixed and my mind fluttered. You go to great lengths, it feels like, when you listen to “Hallelujah”.

DSQ, whose tagline is ‘Where Bach Meets Bon Jovi’ is Ion Zanca (violin), Melissa Priller (violin), Eleanor Dunbar (violin) and Young Heo (bass).Their previous single releases have included “Firework”, “Bittersweet Symphony”, “Don’t Stop Believin’”, “Hey Soul Sister”, “When The Party’s Over” and a slew of others. They rack up Spotify listeners like Santa’s frequent flyer miles. “Hallelujah” is certainly the cream of the crop, and one of their best releases. Though not a traditional holiday song, this is as near as a spiritual experience that you can get. What a spectacular and moving outing for DSQ – “Hallelujah” is a wonderful gift. This is a song that will be the star in your Christmas and holiday playlist.