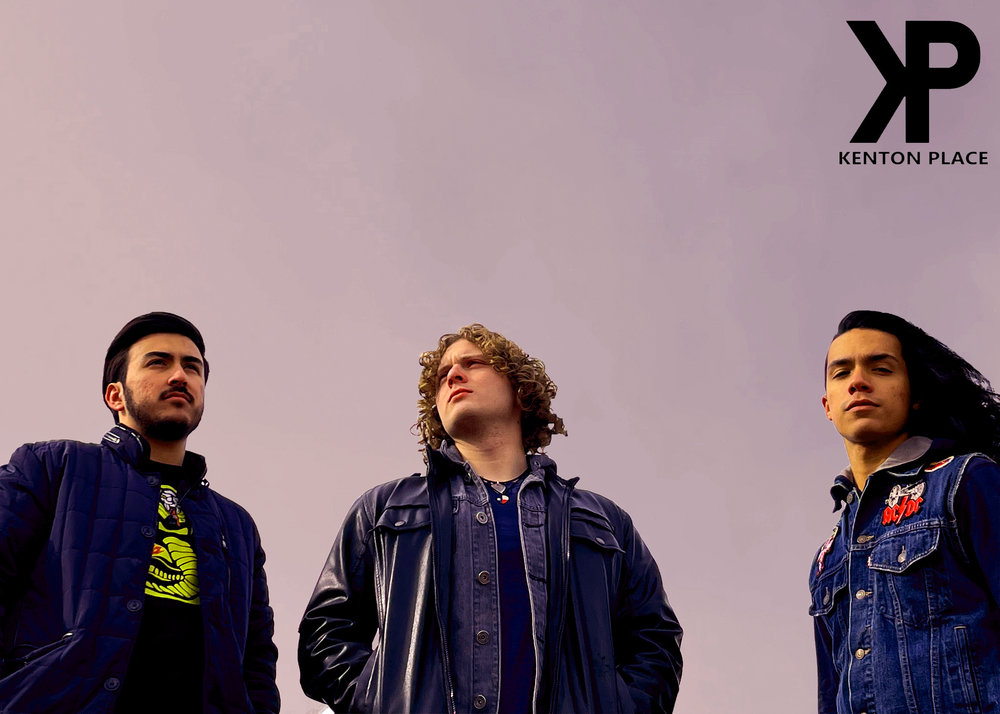 Houston, Texas’ Kenton Place is riding the crest of a wave right now. The March 2022 release of their debut EP Terminal fuels their momentum and its flagship single “Haley’s Comet” bristles with fierce energy. The four-piece’s avowed mission of returning heavy rock to a prominent place in popular music doesn’t seem like a fool’s errand when you hear their music. They are far from content recycling the genre’s standard tropes and, furthermore, resist pigeonholing their sound.

Kenton Place wants to draw from tradition and frame it in a thoroughly modern sound. Ulrich Wild’s production does a jaw-dropping job of making Roque Techera’s lead guitar and singer Logan Smalley’s second guitar sound like twenty guitarists. Their sound has warmth and muscle in equal measure. It has particular effects on each section of the song.

It imbues the introduction with a level of gravitas it might have otherwise lacked. The guitars set the song’s melodic parameters without closing the door to later variations and Kenton Place handles every transition with unshakable confidence. The song’s riffs are impressive. The doubling effect of two guitars gives them crushing potential, but the band never errs too far in one direction.

The balance they strike between the vocals and guitar is crucial. Lead vocalist and band co-founder Smalley has a youthful voice, without question, but he summons seemingly effortless dramatic command beyond his years. He has ample lung power and singing for this band gives him plenty of opportunities to show it off.

The vocal excellence helps underline the song’s top-flight lyrics. Kenton Place is careful to straddle the line between intelligence and accessibility, but there’s wit and a depth of emotion in the words that you can’t ignore. They’ve crafted a vocal melody that contrasts the music rather than attempting to ape it; it’s another of the little things separating Kenton Place from many of their peers.

Drummer Noe Hernandez Flores and bassist Curtis Bird provide a powerful rhythm section attack. The latter, Bird, has played bass much of his life, electric for ten years and upright even longer, and his multi-instrumentalist skills make him indispensable. Hernandez has a taste for progressive rock such as Dream Theater, Genesis, and King Crimson, among others, and you can hear that influence in the way he approaches heavy drumming. They give “Haley’s Comet” an imposing bottom end.