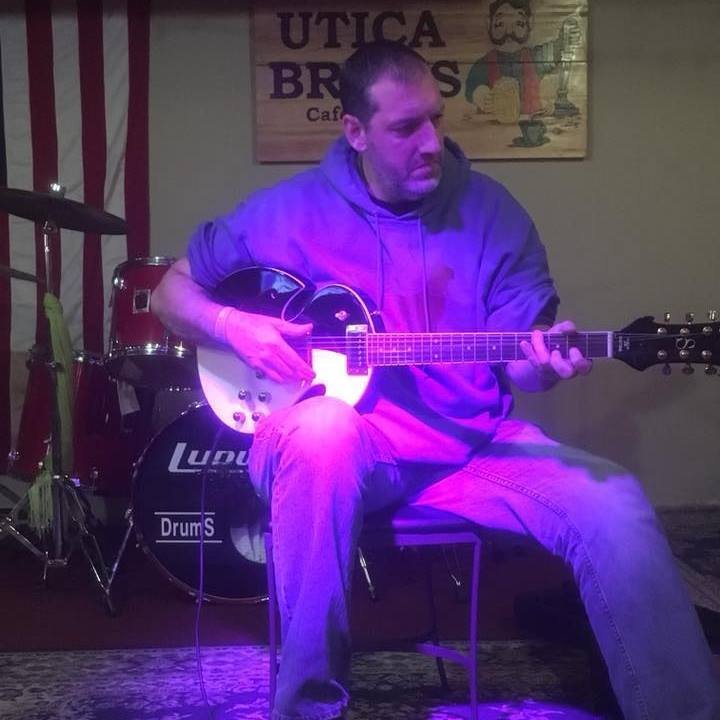 Ian Bouras’ A Blind Painter’s Guide to Coloring Breath is an eight track instrumental release from one of the independent scene’s more remarkable musicians. Bouras’ talents are considerable, without question, but his continued creativity over multiple releases despite contending with Ataxia, a rare neurological condition preventing him from playing guitar in a traditional manner. Bouras, instead, utilizes loops to great effect on all his recordings and this is no exception. The eight compositions included on this release are demos began in late 2019/2020, but Bouras discontinued work on the project due to several hospitalizations in an assortment of psychiatric facilities. He discovered, upon release, he no longer remembered how to play these particular pieces and, in lieu of abandoning the project, decided to release the demos.

The results are remarkably successful. The first composition “A Fleeting Life in a Square” is typical of Bouras’ work. There’s a poetic spirit inhabiting everything Bouras does resulting from a confluence of his character and personal experiences, but his exquisite touch on the guitar and the carefully constructed aural environment deepen the musicality underpinning his work. He leans towards constructing extended pieces, but listeners who enjoy thoughtful music will flock to material such as this. Some might label these performances “New Age” or progressive, but such labels fail to accurately convey what Bouras is doing with his music. It is distinctly his own.

One criticism of his music that has some validity is the languid pace he adopts for each performance. No one expects Ian Bouras to release an outright rock album with uptempo bass and drum fueled tunes, that doesn’t fall within his wheelhouse, but his releases would benefit from at least one track with an appreciable uptick in the pace. Bouras, without question, writes, performs, and records music for himself but every musician wants to find an audience for their work or else why release it for public consumption? Adding one track that’s a little less laid back, if possible, to each release would broaden his appeal for listeners.

“Perspectives” alternates between the dreamy landscapes common to Bouras’ material and lightly cascading passages transitioning the composition from one section to another. “Solace in the Shade of the Universe” and “The Darkness that Clothed an Angel” are two of the album’s more compelling moments thanks to Bouras’ exceptional guitar playing. The emotive quality present in Bouras’ music feels stronger in these performances than the earlier tracks than other cuts on A Blind Painter’s Guide to Coloring Breath. There is a slight “samey” quality to many performances on this release, but there’s no question Ian Bouras brings something to the table that few contemporaries can match. No one else ventures into such areas of pure sound exploration and his playing consistency rivals the best guitar players working today. These are demos, as stated earlier, but Bouras made the right call releasing them in this “unfinished” state. Let’s hope he continues to recover from the challenges 2020 presented him because the music world, indie or otherwise, needs someone willing to challenge listeners.