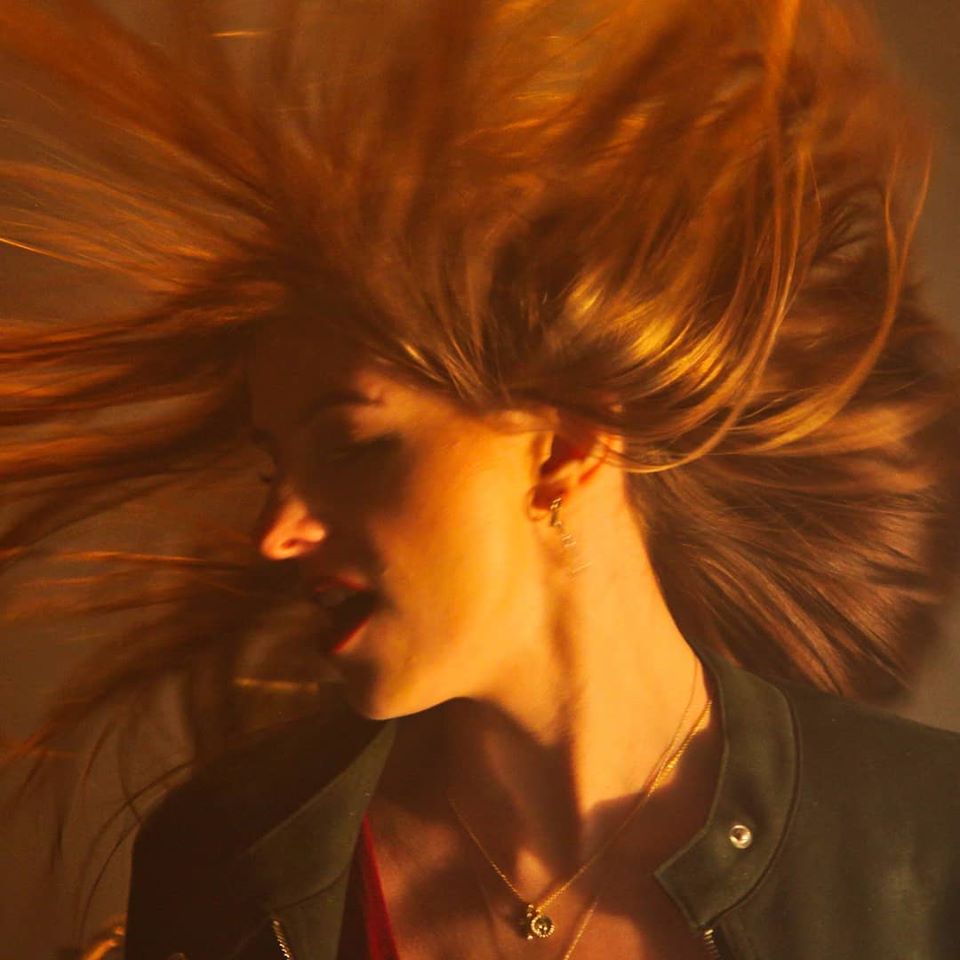 Ripping through the silence like a wildfire that’s running out of control, Greye waste no time illustrating their instrumental prowess in the opening bars of the new single “Lucky.” The introduction that precedes the first couple of verses we hear in the song doesn’t last more than ten seconds, but inside of these ten seconds, we get more than a hearty taste of what this band is all about; there’s a southern-stained angst in their attack, a brutish approach to riffing that is harder to pin down geographically, and a sense of melodic loyalty that ensures we’re going to be on a straight and narrow path from one groove to the next. When singer Hannah Summer does start to serenade us, there’s nothing but confidence in her vocal – in “Lucky,” she’s as much the star of the show as any of her sonic cohorts are, and though it’s a collective effort if I ever heard one, her stylish command of the beat is perhaps what engages us more than anything else does in this first half of the song.

As we get deeper into this single, the cohesiveness between the players becomes harder for us to ignore, but in the best way possible. The mix isn’t muddied by their seamless connection; contrarily, there’s just enough space between the different instrumental components that we’re constantly able to observe where one strand of a harmony ends and another is just beginning to take shape before our very ears.

At its most climactic, “Lucky” recalls elements of riot grrrl and classic southern rock (despite nature putting the origin points of these two styles on opposite sides of the continental United States), but although Greye aren’t particularly shy about wearing their influences on their sleeve, there’s nothing in their method of execution that I would qualify as being throwback-ish by design. They’ve got an original story to tell here, and as familiar as its backdrop might be, I believe it’s the one of a kind article that a lot of listeners will be regarding as a breath of fresh air this spring.

“Lucky” comes to a stop much in the same way that it starts – on a dime – and when all the smoke has cleared, there’s no credibility behind arguing against this band’s abilities, and more specifically, the skillset they’re developing in this early release. Greye may have a lot to prove to the establishment if they’re going to segue from the underground into the mainstream at some point in their career, but for those of us who are working the indie side of the business, their new single is one we should all be taking notice of. In “Lucky,” they don’t hold anything back from us in their pursuit of producing a near-perfect swing jam, and if this is the kind of energy and enthusiasm that we can expect to find in all of the music they record from here on out, they’re going to have a very exciting career ahead of them, to put it mildly.

The music of GREYE has been heard all over the world due to the radio plugging services offered by Musik and Film Records. Learn more – https://musikandfilm.com