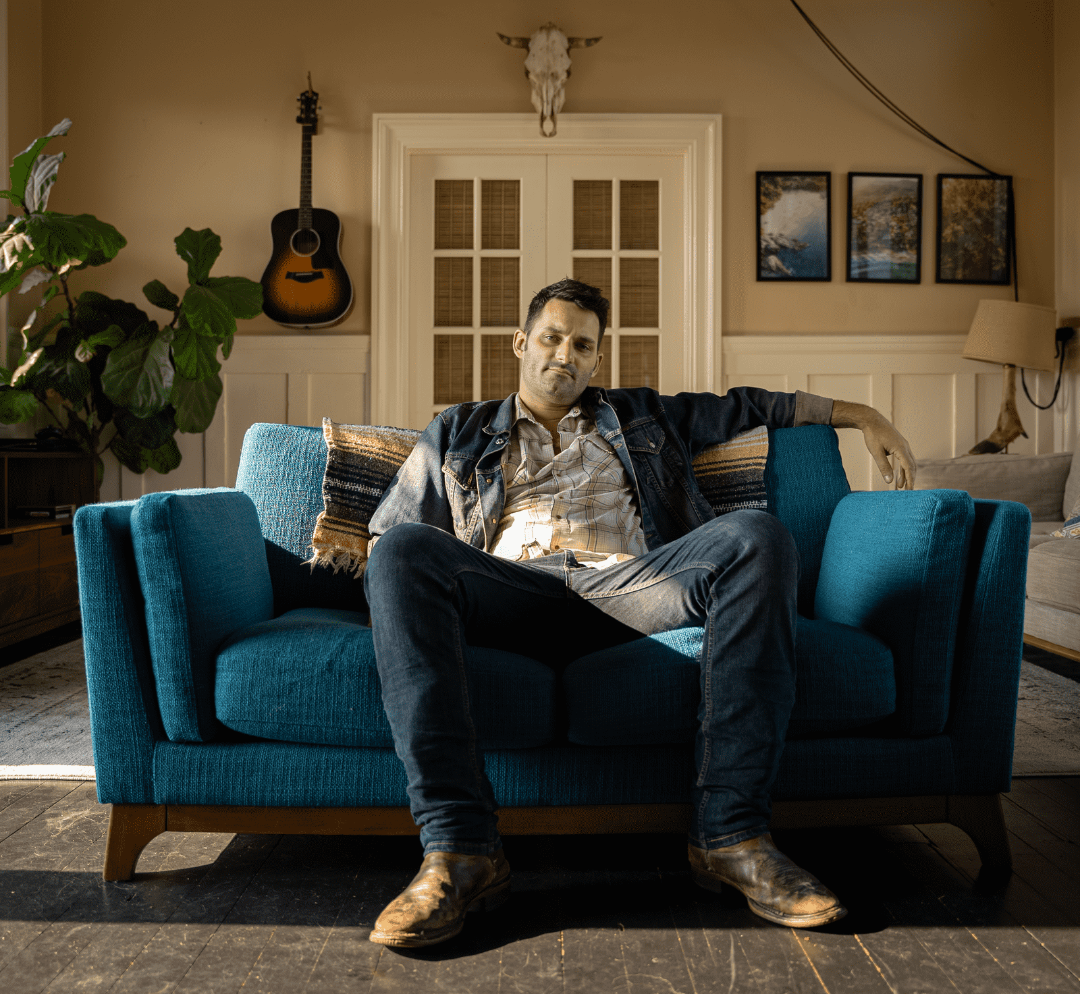 Greg Loftus’ Western Medicine EP is a short sample of the full album of the same name. He’s plucked two tracks from the album’s running order, “When My Day Comes” and “Hill Country Choir”, as cuts promoting his latest full length effort. These are the latest chapters in an ongoing musical journey that has carried Loftus from his East Coast/Boston roots far west into the country music influenced wilds of Austin, Texas without ever sounding like a parody.

His music doesn’t traffic exclusively in country music motifs and stylistic turns, but they are unquestionably prominent. It’s a collision between the blues and country music, however, defining both of these songs to a greater or lesser degree. “When My Day Comes” has a full band treatment and a busier arrangement than its counterpart, but it’s never anything less than tasteful. Loftus’ songwriting prowess has long since progressed past the point where cookie-cutter copies of other’s glories are in the cards. He has his own voice, it’s full of echoes listeners will recognize, but it’s ultimately his own.

It comes from the song’s perspective. Loftus finds his particular twist at this time for viewing such a fundamental subject like mortality and no one else can claim it as their own. It’s a mix of dread and humor, the latter dry and doomed, but appropriate. Mike Machaby’s keyboard playing puts an exultant stamp on the song, simmering just below the surface that gives it added burn. There’s a life outside the law reengaging spirit pushing this track forward, never overt and full of heart, but not taking no for an answer.

“Hill Country Choir” has that same hard-bitten outlaw quality.  It is much more flinty-eyed, however, and closer to the bone than the earlier song with earthy and inspired imagery laden throughout its lyrics. The blues influence doesn’t hinge on one particular quality in this song for me, but it’s omnipresent, and there’s plenty of straightforward country influence to hang your hat on as well. Loftus has earned these songs; he’s lived them. They never come across as his offerings to the mainstream gods, but rather as honestly rendered musical accounts from his heart and life.

Hearing him write about that legendary region of Texas, the Hill Country, as a transplant to the state is interesting. It testifies to the hold that the region and its music have on Loftus’ imagination, but the effect isn’t shallow. He’s subsumed its iconography and myth into his own life and it’s resulting in a twist to a full and diverse artistic voice within the Americana genre. He has plenty of artistic forebears and antecedents, without a doubt, but there’s no question as well that Western Medicine represents Greg Loftus’s writing, recording, and releasing his best songwriting yet. He sounds far from done. The EP is an excellent way to acquaint him with listeners and the two tracks he’s picked for the release won’t overshadow the other album cuts. It does give listeners a great trip into its sound and substance while holding onto the promise of more.