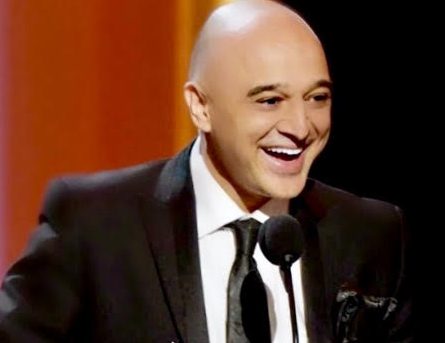 After a brief hiatus, Grammy-winning artist Omar Akram is back, and today officially announced his much anticipated album “Destiny,” set to be released on August 8, 2019.

The first single from the album, “Here I Am” will drop on Friday, June 21 and be available on Amazon, iTunes and Spotify, released under Akram’s recently launched label Twinbrook Entertainment. The accompanying music video also debuts on Friday.  http://bit.ly/2ZwMWFE

“I’m delighted to give my fans a sneak peak of Destiny, which has been a true labor of love for me,” comments Akram. “It was an honor collaborating with some of the top names in the music industry, including legendary producer Walter Afanasieff, who even provides the vocals for the first single Here I Am.”

“Omar Akram is a brilliant pianist and composer whom I now have the sincere pleasure of having worked with on his new album,” comments Afanasieff.  “His dedication to his style of music is uncompromising as is his love and passion for all music. He is a true and rare talent that deserves your applause! Bravo Omar!”

Akram adds, “I spent almost two years of my life working on Destiny, collaborating with some of the greatest producers, musicians and engineers. I wanted to get out of my comfort zone and challenge myself artistically. I think it’s my best work to date and I can’t wait to share it with as many people as possible and hopefully perform it live all over the world.”

To accompany the album release, Akram has launched a docu-series titled “Omar’s Music Chamber,” featuring a behind the scenes look at the creative process, his family life with wife Merry and their two children, and interaction with entertainment industry A-listers including  Afanasieff, E! founder Larry Namer, actor Ken Davitian, (Borat, The Artist),  The Harris Brothers, and many others.

Namer comments, “Omar is a very unique talent that comes along once in a decade. His Afghan roots plus his very Western pop interpretations, make for a unique, universally accessible, music blend.”

Born in New York, Afghan-American Omar Akram grew up the son of a United Nations diplomat, living in France, Czech Republic, Switzerland, his ancestral home of Afghanistan. The artist’s piano-driven, instrumental music elegantly defies borders and has played a crucial role in defining modern New Age and World music. His songs have millions of plays on YouTube, and his first two albums, Opal Fire (2002) and Free As a Bird (2004), hit the Top 15 on Billboard’s New Age chart.  In 2013, he became the first Afghan-American to win a Grammy Award with Echoes of Love. In 2013, he also released Daytime Dreamer, presenting an enchanting blend of World, New Age and electronica music that lures listeners with masterful musicianship and his well-traveled wisdom.  His new album Destiny will be released on August 8, 2019.

Amazon – Here I Am https://geni.us/vsQBJ

iTunes – Here I Am https://geni.us/JSFb