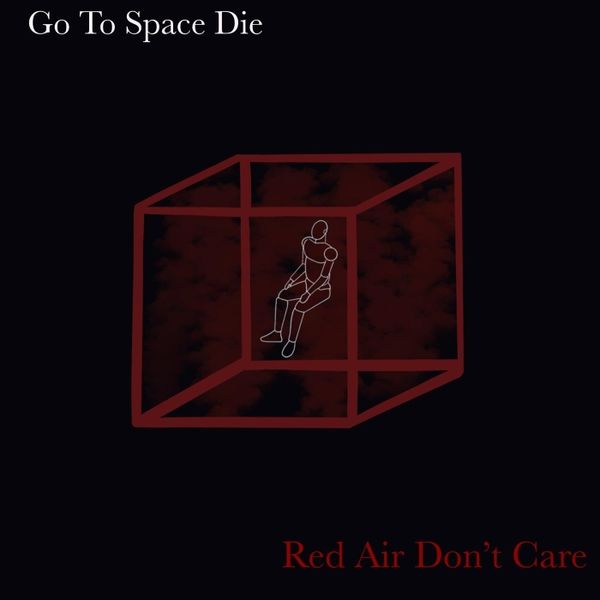 Starting with just a few melodic droplets and quickly turning into an all-out sonic downpour, “Threes Away” ushers forth a new era in post-rock decadence certain to be ruled by Go to Space Die, but what’s soon to follow in the project’s debut record Red Air Don’t Care is undeniably just as riveting. In this new music from drummer Dagan Thogerson of Murder by Death fame, instrumentation tells the story, while lyrics are suggested only through the tone of the melodies, starting with the glistening darkness of “Threes Away” and then followed immediately by the stunning, and highly percussion-driven, “Air and Land.” The grooves are lumbering while the harmonies are rather ethereal in spots, but nowhere is there a synthetic component to be found in this LP.

“Spring Ahead” is a bit tenser than “Air and Land” is, but it doesn’t have as head-strong a beat to rely on. Its sharp melodic excesses don’t have anything on the metal-style pummel of a slowed-down “Queen D,” but let’s face it – not much material ever could. There’s nothing here that I would outright constitute as filler; contrarily, this is some of the leaner and meaner post-rock I’ve listened to in the past five years, given the relative drought the genre had been experiencing in the latter half of the 2010s. “Way Up” is rather radio-ready, while even the sluggish “Queen D” sounds polished enough to appease hardcore instrumental rock buffs and the casual listener just the same.

“Rollaway” has a mean attitude to its groove, although I think it’s made a little more intense based on how we enter the song coming off of “Way Up.” As a concept album, Red Air Don’t Care was intended to be heard as one solid piece, and listening to it from beginning to end absolutely yields a different narrative than one would get out of it were they shuffling through the different compositions in this tracklist. “Sheets” feels more like a binder between “Rollaway” and the concluding song “Jumpinthelake” than it does the thrilling “Threes Away” sounds like it was meant to open the record on a certain note of unpredictability, and in this regard, I can confidently say Dagan Thogerson has one of the most complete progressive LPs I’ve listened to since the start of 2022.

Go to Space Die’s debut effort comes to an end with the seven and a half-minute epic “Jumpinthelake,” which is both the longest and most detailed metal opus on the album, but it doesn’t make the ferocity of the preceding seven songs weaker – quite the opposite, truth be told. As a complete record, I don’t know that there’s an easy way to listen to just a portion of Red Air Don’t Care without wanting to hear the complete album, which isn’t the case with most of the hard rock that I’ve been coming across in the past couple of seasons. This is a record that celebrates muscular melodies and profound poeticisms of the sonic variety exclusively, and it’s made my required listening list for January without fail.