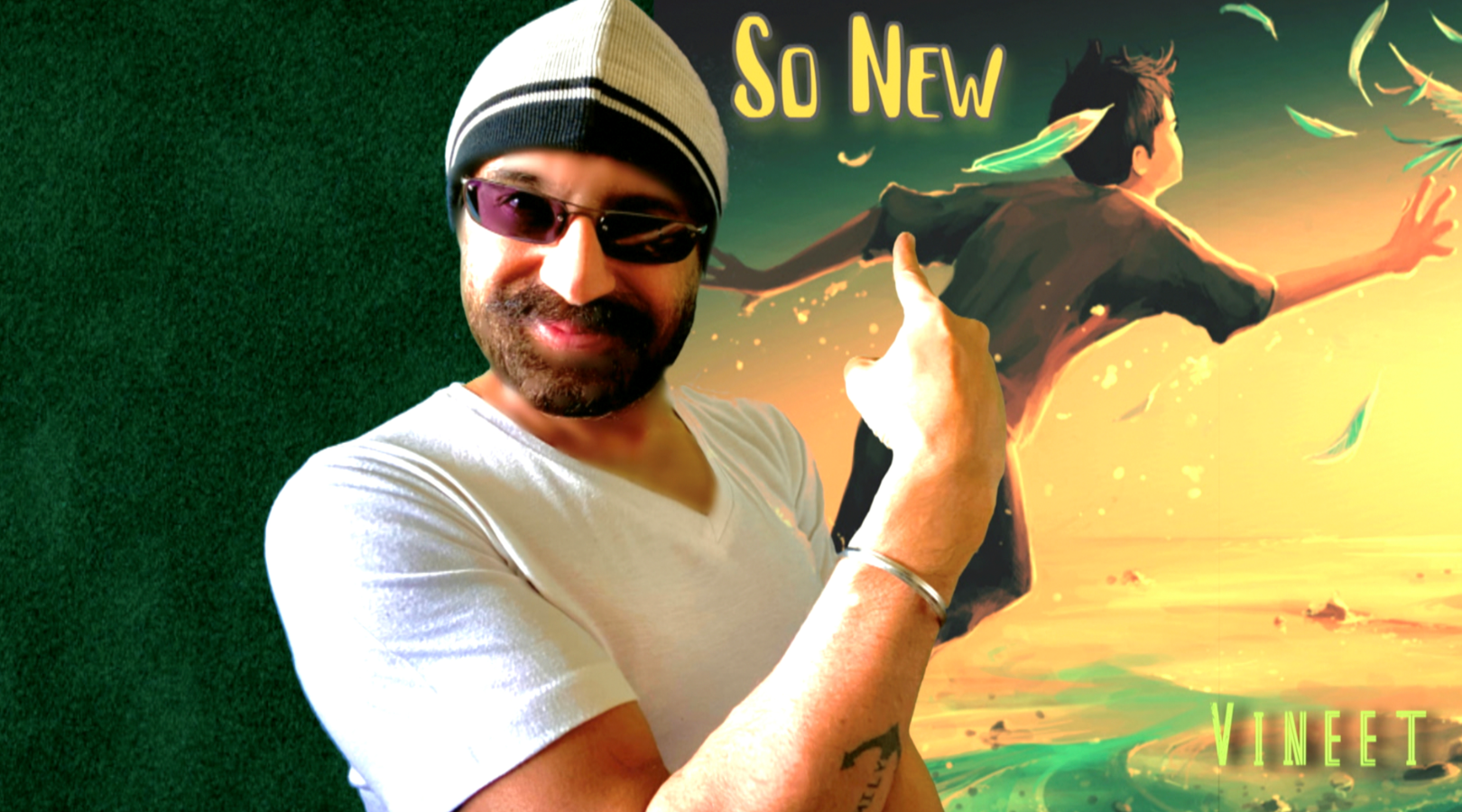 Your previous single JAB THE WORLD rocked radio airplay in the US. How did it make you feel?

It felt great to peak at number 8 with my single JAB THE WORLD on the Digital Radio Tracker (DRT) TOP 50 alongside legendary bands like ACDC, Foo Fighters, Papa Roach, Green Day etc. It felt very good to be the first Asian/Indian artist, not signed up by a label, to be able to get to these mainstream charts. So grateful to all the 700-800 radio stations who played the song for almost 23 million listeners cumulatively from March 9th. This has given me the confidence to produce more good music. It still feels surreal to be alongside bands I have idolized forever!

Tell us about your new single ‘SO NEW’ which releases on April 30th.

Everyone’s got screwed over some time because of some reason or other. Could be a relationship, a job, or just someone messing with your happy state. Sometimes you feel so screwed, you end up being yanked out of your comfort zone into a ‘new’ situation. You should let that happen to move from being ‘SO SCREWED’ to ‘SO NEW’.  SO NEW, the new release, has a ‘HOT AC synth pop’ sound. It is being targeted primarily to ‘Adult contemporary’ radio stations worldwide.

How has 2021 been for you as an artist crossing over from Indie to the mainstream space?

2021 started off with my synth pop rock single ‘Dreamin Out Loud’ being number 1 on the European Independent top 20 charts and the World independent music charts. I always felt my music had mainstream acceptance and my agent Martin pushed me to do ‘JAB THE WORLD, a dance rock sound and he got it featured on radio stations everywhere. The message in the song, of imagining a vaccine that cured ‘hate’, really resonated with everyone. I would call this song my cross over song. I also produced a single for my kids’ band ‘Avni Vir Vineet’, called ‘Can I Go Now’ which too did well as an independent pop song. I guess the cross over really happens when mainstream radio begins to play your song and this has been great for my digital streaming audio and video stats!

I want fans to feel ‘unstoppable optimism’. When you feel screwed it sometimes just takes a little thing like your favorite chocolate, sipping a cold beer or a chat with a good friend to bring you back. You need to yank out the old screwed, jaded feeling and let the ‘new’ take over.

What did you do differently in this song?

I first made the production design totally different and added a different vocal design to reflect the crazy happy feeling in the song of moving from ‘so screwed’ to ‘so new’. The punchy bassline in the song is something I have done for the first time and played a lot with synth harmonies in the music and vocals. The lyric video allows you to look at yourself as a happy child in a mirror, a child who knows how to get back to a ‘happy new’ state instantly.

What are your expectations from this new single ‘SO NEW’

I like to take each song to a new format / genre of radio in order to test the waters with a new audience. Jab the world is doing well with a rock audience. I want to present ‘So New’ to an ‘Adult Contemporary Pop’ loving audience. My expectations are more about learning and growing rather than about ‘fame or success’. I would definitely like to make money on streaming royalties and break even on whatever I put in so as to be able to continue to do music.

I ‘m learning a little Spanish for my next single which is essentially a party song. Then I will get my first hip hop single out for which I’m getting some vocal coaching. There is also a bizarre love song and an interesting funk rock song for later in the year. Then I have the lead single to my round up album for the year 2021. Hoping the plans go well as it is a difficult year but I am optimistic.

Please share with us you your social Networking Links: