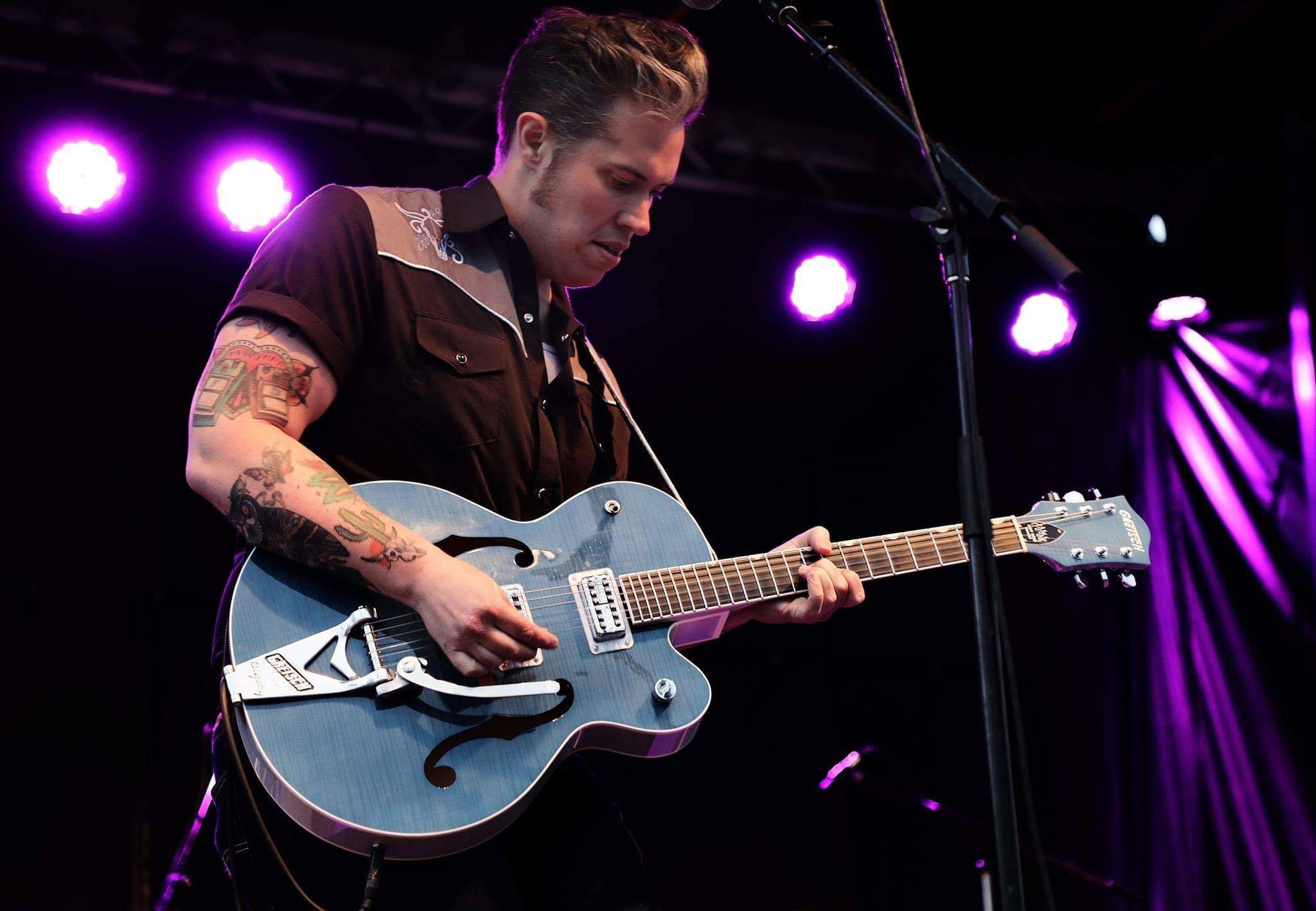 “From the Headache to the Heartache” by The Confusionaires

Rock is in a strange new era in 2020, and if we’re all being honest here, it’s clear that a lot of its pillar players simply don’t know how to exist amid these modern times. Some are looking backwards while others are desperately trying to look ahead with experimentalism that seems a little too out there for most listeners on the mainstream side of the dial – and this is where The Confusionaires come in. Rather than going retro or super left-field with their creative trajectory, they’ve found a nice middle ground in the rockabilly rage-fest that is their new album From the Headache to the Heartache, and if you haven’t heard its twelve-song tracklist yet, this October might be the perfect time to do so.

There’s a heavy delta blues influence throughout this album, and especially in songs like “Side Dish” the bassline-battered “Sometimes I’m Bad” and humble “Crazy is Just What I So,” but the grooves in each of these tracks tend to be a little rigid and punkier than anything genre puritans would likely stand for. To be frank, if you came looking for something uncorrupted by alternative conceptualism, From the Headache to the Heartache might not be the right record for you, as its progressive attitude towards songcraft is much more than its aesthetical bedrock.

“Look at Me Now,” “Many Miles to Go,” “Blue Enough for Two” and the flamboyant “Sour Mash” have more of a rockabilly finish than they do anything else, but I wouldn’t say it’s of the ‘throwback’ variety at all. Nothing in this LP sounds like it was deliberately designed with appealing to the classic rock n’ roll crowd more than it was a discriminating millennial audience, and considering how many hipsters are taking interest in the genre in general, that’s no small statement to be made.

Attitude is what shapes real rock music more than the plasticity of a music video or the production style of a full-length studio album, and I think the video for lead single “I Got a Heart” proves that to some degree. The blue-collar look and feel of the imagery lends even more authenticity to The Confusionaires’ mentality in the studio than they already earn after listening to From the Headache to the Heartache in its complete form, and theirs is a spirit that could absolutely validate the Canadian underground’s best young acts to American critics still skeptical about the hype.

I haven’t been as intrigued by a lot of the other rockabilly and blues-rock bands I’ve heard in 2020 as I have The Confusionaires this fall, and if you want to know what all the fuss is about, I think that their album From the Headache to the Heartache should give you more than enough to go off of. Cerebral in their songwriting style with “I Like Cars!” but unafraid of some straightforward rock n’ roll in “Side Dish,” this is a group that will surprise you around every twist and turn here, and I’ll be awaiting their next LP for review for sure.