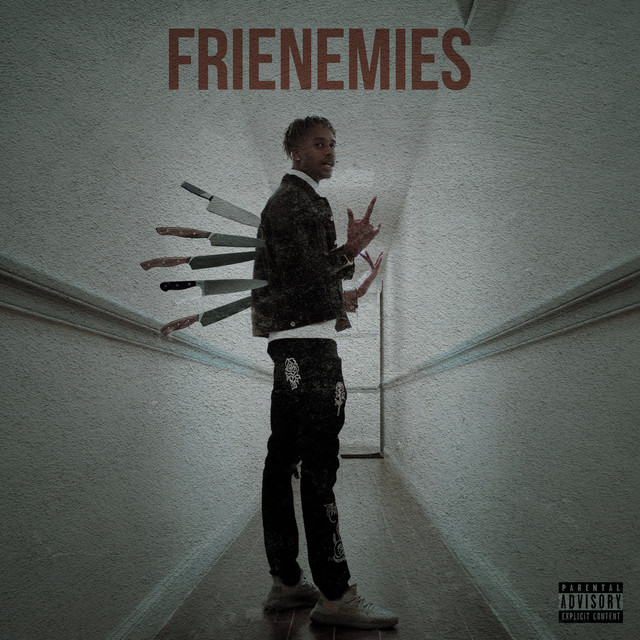 In most cases, it takes a special kind of hip-hop aficionado to really appreciate the instrumental complexities of alternative rap, melodic trap, or otherwise experimental track in the genre’s growing umbrella of aesthetical facets, but this just isn’t true of the output RoWiLL has been giving up in recent years. His new single, titled “Frienemies,” puts as much of the spotlight on the compositional intricacies he straddles and manages so dexterously as it does the narrative behind his lyrics, and as much as I would deem his actual delivery the bread and butter of emotion in this song, I don’t think it’s the only avenue through which he’s getting a point across to the audience at all. On the contrary, I think it’s just the tip of the iceberg.

RoWiLL’s vocal gets into it with the bassline pretty much right out of the gate, and through its back and forth exchange and the fireworks that ensue from this matchup, we feel the reflection of an internal struggle start to bleed into the story at hand here. There’s a lot to be learned about this player’s passion for the medium just in analyzing his above-average attention to detail in this release, but more importantly, I think it’s obvious when looking at the relationship he develops between his verses and the beat behind them is telling of what he could potentially do in a proper album, or better yet, something a little more conceptual. Generationally speaking, this guy couldn’t have wound up in a better era to be making this kind of outside-the-lines hip-hop, and I don’t think others are going to disagree.

These lyrics indicate a willingness for RoWiLL to expose himself that I can only wish to hear more of from his contemporaries in the rap underground this spring season, but then again, this feature also makes his one of the more unique poetic styles of anyone I’ve had the chance to review in a long time. He puts himself out there with these verses in a fashion that would make a lot of rappers, and singers for that matter, more than a little uncomfortable, but I get the exact opposite from him. This is a guy who has to put everything on the line to really clarify the depth of his statements, and it’s resulting in some of the hardest-hitting lyrical content I’ve heard this year.

A broad-minded take on melodic trap music that isn’t afraid to step outside of everyone’s comfort zone just to get a more profound sound, “Frienemies” is a showcase of stylishness and sophisticated execution for RoWiLL, who sounds like a genuine star through every second of play here. Whether you’ve been listening to his music or following his ascent through the underground or not, RoWiLL has a talent that is ejecting him from obscurity and putting his material on the map quicker than anyone knows what to do with it, and to me, I don’t see his reputation getting anything but more respect in the wake of this latest cut’s arrival.