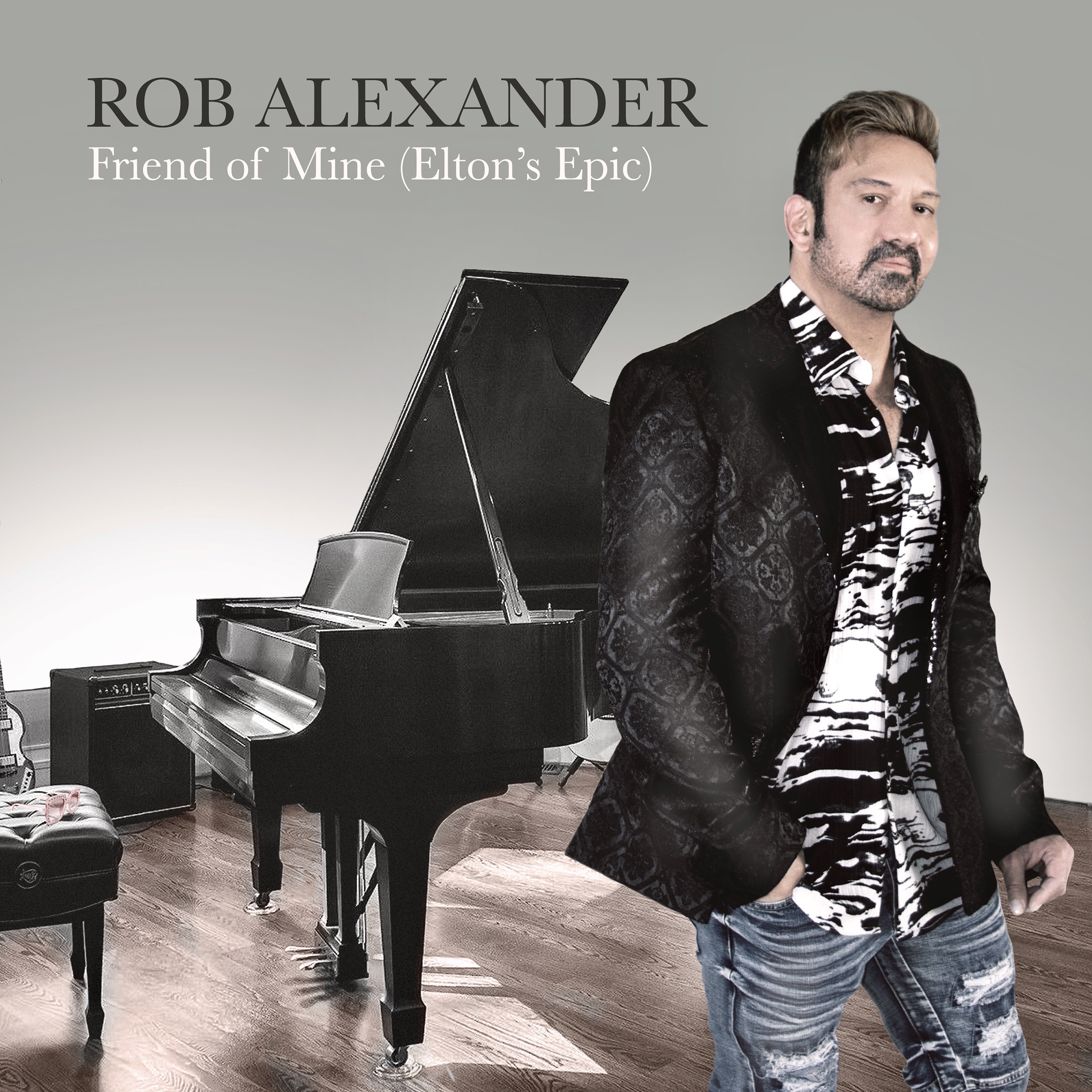 “Friend of Mine (Elton’s Epic)” by Rob Alexander

In a delicate push, “Friend of Mine (Elton’s Epic),” the second single from singer/songwriter Rob Alexander’s 2019 LP Being Myself, begins to play, a seductive piano’s melody leading the way. The instrumental introduction to this latest studio release from Alexander doesn’t last very long (roughly eighteen seconds to be precise), but it doesn’t have to in order to set the stage for everything that’s about to transpire in its wake. The man of the hour hasn’t even begun to sing yet, and already his emotional grasp of the grooves is bleeding through the stereo into every facet of his backing band’s play – the drums are beating like a lover’s heart, the bass throbbing with anticipation, the guitar and piano finding a bit of kindling with which to make a roaring sonic fire.

Once Alexander does start singing, there’s no taking the focus away from his vocal. His voice is velvety, his words honeysweet but stained with the glowing introspection that comes from retrospectively looking back at a significant moment in the evolving patchwork that is life. There’s nothing about his style of crooning that would suggest that he doesn’t know exactly what he’s trying to say, and perhaps even more important than that, how he wants to say it, but there’s definitely a hint of unsureness to his affectionate exchanges with the backing band. He’s got a lot of swagger, but ironically enough, it’s when he’s at his most confident that we often get to hear Alexander at his most human in “Friend of Mine (Elton’s Epic).”

The chorus churns us in a vortex of harmonies that feels like it could go on forever, and that alone has made me really want to hear the track live sometime. All of the material on Being Myself sounds like it would be amazing on stage, but this song in particular seems like it would have the most potential to turn into a skyscraper-sized jam complete with ad-libbing and even a bit of showmanship from the players behind Rob Alexander. If his presence is anything like it is here in-person, he’s going to have one of the finer shows worth seeing in 2020, which is something when taking into account how many killer acts are going to be hitting the road in the next eleven months.

“Friend of Mine (Elton’s Epic)” concludes with the guitar’s dizzying growl amidst a heart-stopping percussive finale that makes anyone with a pulse want to play the track all over again, and I’ve found that the temptation to do so is often just too hard for me to resist. Rob Alexander covers a lot of ground on his last record, but with regards to doing what he does best – easygoing melodies with a barebones lyrical structure and a lot of vibrato in the delivery – this is his choicest single to get your hands on this winter. He’s bringing brawny bass and sexy string play together with a piano/vocal duel that can’t be competed with in “Friend of Mine (Elton’s Epic),” and he deserves a big round of applause for doing so.