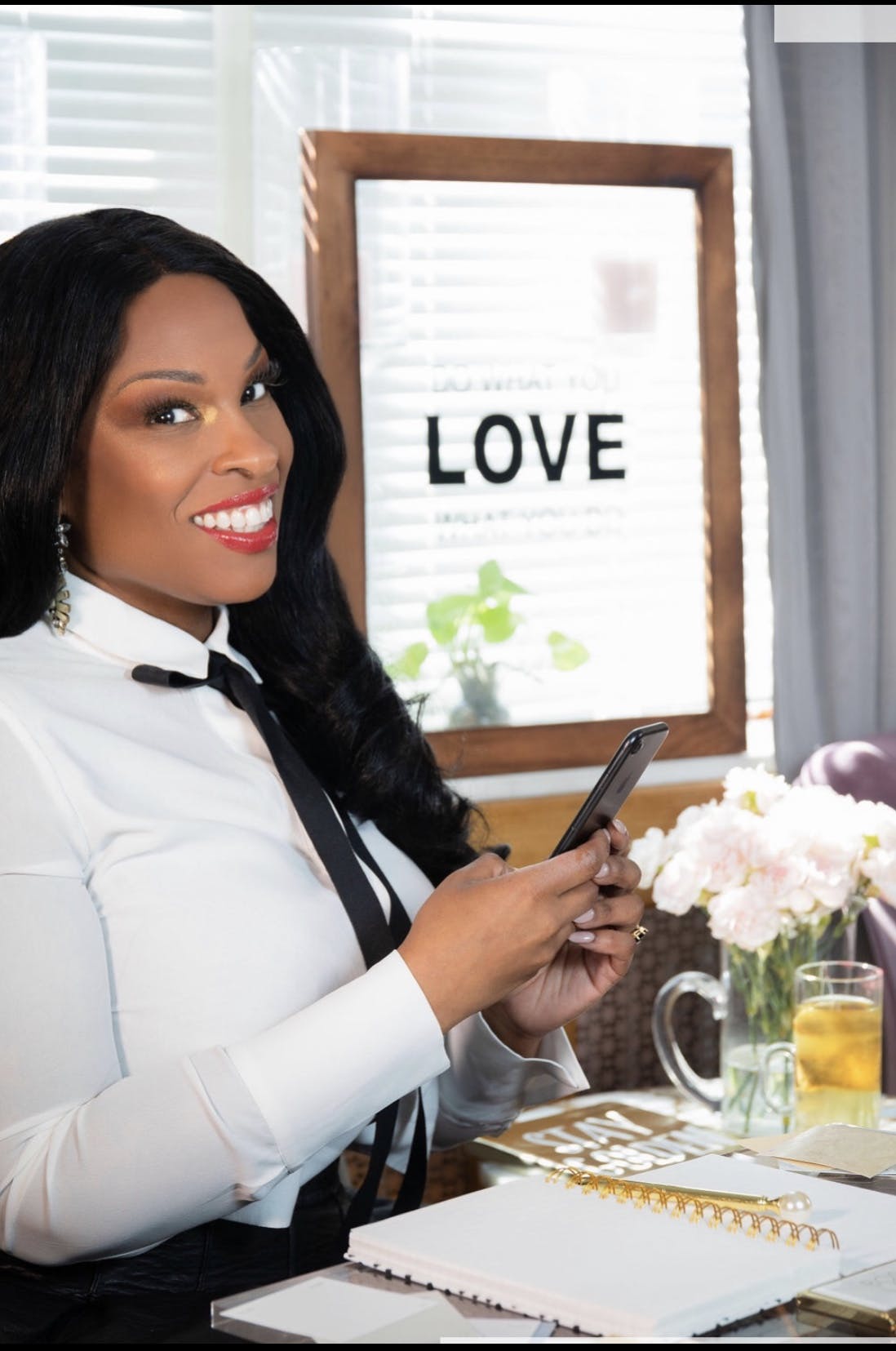 Davone Madison, a Queens native who makes her home on the shores of the Atlantic Ocean, is no stranger to same-sex love.  She’s been a pioneer in affairs of the rainbow heart, and was among the first to have a same-sex nuptial soon after New York State passed marriage equality nearly a decade ago.  Today, Madison, a staunch community advocate, continues her creative journey with a debut novel, the first of a series entitled Love Is Love, depicting the lives and romances of LGBTQ+ couples.  Madison was inspired by a family tragedy when her brother, Brent, passed away.  Discovering his book, All My Love, in the aftermath of his death, Madison was drawn to reimagine the story.  “It took me 9 years to decide to revamp it and turn it into a LGBTQ book series,” Madison reflects. “In book one you meet Andrew and Jarod a interracial gay couple. You are also introduced to Sasha, Eva and Jessica, who are Andrew and Jarod’s lesbian friends.”  Speaking lovingly of her brother, Madison says, “Brent was a successful, professional Gay man who I absolutely adored,” and the series is an homage to him.

The struggles of the LGBTQ+ community are ever-present in Madison’s mind, and are addressed in her new literary series.  “We are still experiencing violence against us because we are living our truth,” Madison tells The Hollywood Digest. “Hate crimes against LGBTQ community especially the Trans community are still shockingly high across the country.”  The power of love in overcoming these and other challenges are hallmarks of Madison’s vision.  “Each interlocking novel centers around a different couple, their struggles, their sexuality, their gender identification, and their love,” Madison states. “Unique are their relations with each other. Universal is the message of each book and that’s simple. Love is Love“.   In Madison’s vision, as through the ages, love conquers all.

Madison also invokes her own memories in her stories, and they underscore the premise of the series and its themes.  “As a lesbian woman living in NYC,” she notes, “there are parts of my life and the NYC community in the book because we are all the same, right?”  Within the framework of that lived experience, the author crafts a powerful narrative about love in marginalized, often vulnerable, communities.  Along with this, Madison is also starting a publishing house to get the works of other LGBTQ+ writers into print.  Recognizing the dearth of publishers willing to accept LGBTQ+ books, Madison felt this was an imperative for her.  “I’m doing that in honor of my brother because along with finding my brother’s book I also found many rejection letters from publishing houses that rejected his book stating that their wasn’t accepting gay novels at this time,” Madison reveals.  Interested readers can get a glimpse of the first chapter of her new book at this link, and pre-ordering will soon be available.  Here’s to the beauty of love, wherever, and with whomever, it occurs.