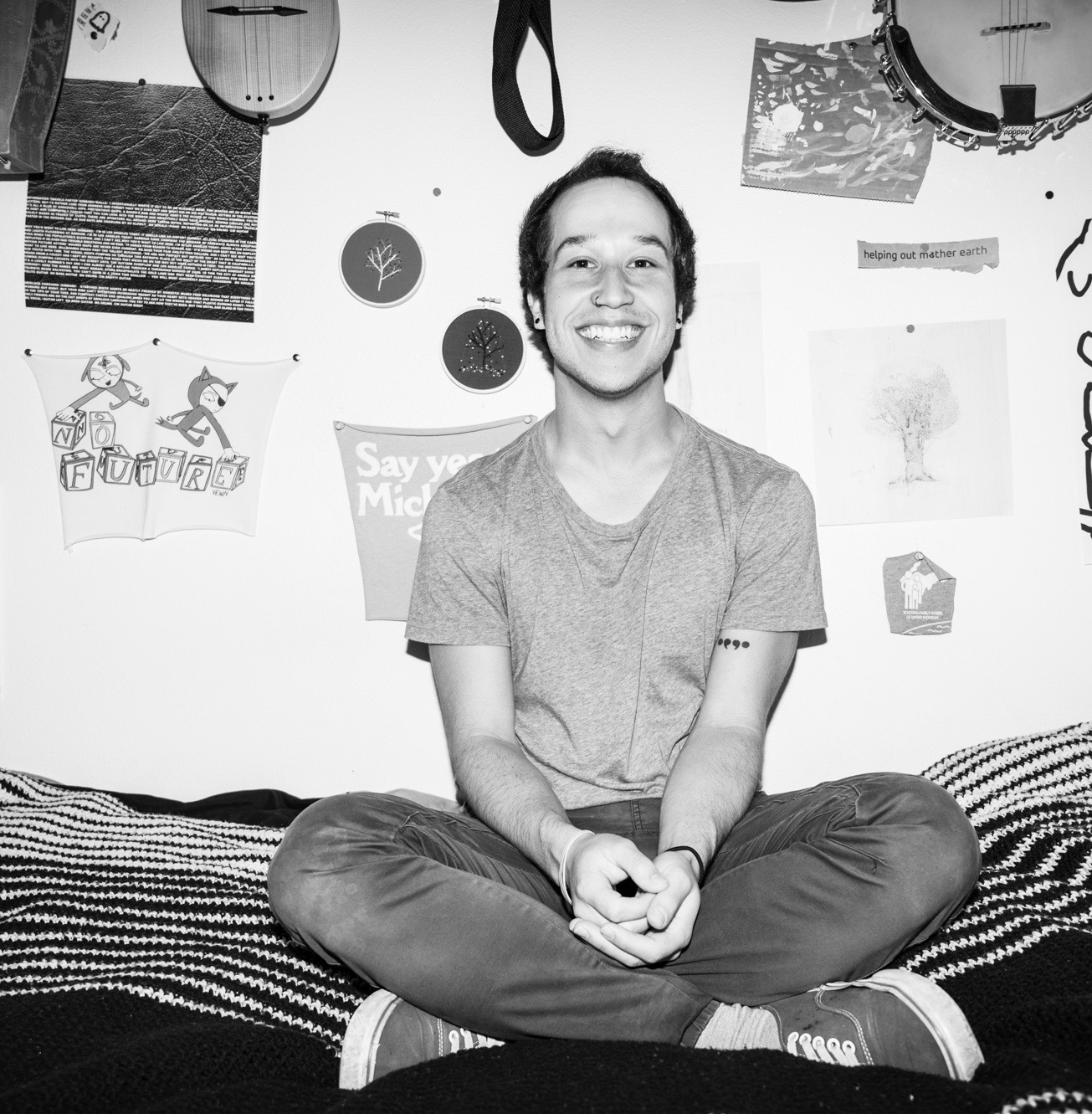 Bittersweet strings tugging away at lead vocals burdened by their lyrical emissions. A misty haze binding natural reverb and rhythm together. Inviting verses that relate to us in painful terms, often bringing to mind rejection and perseverance at the same time. This is Florescence, the new album by singer/songwriter project Timberline, and while it has many of the aesthetical foundations one would usually associate more with a Bay Area-PDX-Seattle circuit of folk players in our modern times, the undying poetic value of its lyrical content tends to surpass that of anything that stretch of highway has produced in a long time.

We’re bewitched by an ebbtide groove in “Every Night” that stands in complete conflict to the slow swell of melodicism in “Jeep,” but while the tempo and tone of the performances might be varied in this twenty-song tracklist, the central focus of our attention always remains the same. “Temporary,” “Flannel,” “Shade,” and “Anon #4” would have made for a fine extended play on their own, but no part of this record tells me that Timberline had an interest in breaking off a short-form confession in this release. On the contrary, he seems intent on putting on a singer/songwriter’s clinic in tracks like “Long Sleeves,” “Telogen,” “Towhee,” “Horsetooth,” and “August Snows,” leaving no stone unturned in his mission to express everything on his mind.

“Static” and “So Lost” feature a brooding use of tension to manipulate their harmonies into more potent agents of evocation, but rarely does Timberline call upon frills in the mix to aid in crafting a tale for us. There’s a progressive element to this tracklist that starts with the feeling of utter loss at the start of the record and concludes with a more uplifting, cathartic outlook in the title cut, and although there are numerous instances in which contrast is used to unveil untold emotions in the material (“Flannel,” “Now,” “Better Days”), fluidity is a consistent bonus for the album as well. Understated vocals never take the place of restless hooks in “Second Guess,” “August Snows,” or “Temporary,” but instead lead us deeper down the poetic rabbit hole to better understand and appreciate the full scope of what Timberline wants to tell us here.

I just got into this artist over the past month, but I feel like he’s onto an exceptional formula for making modern folk music compelling again in Florescence. 2020 saw a lot of inward-looking content coming out of the woodwork in the wake of the COVID-19 pandemic, but unlike some of the more buzzed affairs I reviewed last year, this is an LP that doesn’t feel completely saturated with claustrophobic themes. Other than considering a trip to the west coast for a proper set of shows and perhaps even an extended residency when life gets back to normal, I don’t think there’s anything Timberline needs to do to improve his place in the hierarchy of indie American singer/songwriters right now. Florescence speaks for itself, and to me, it’s a triumph of undeniably epic proportions.