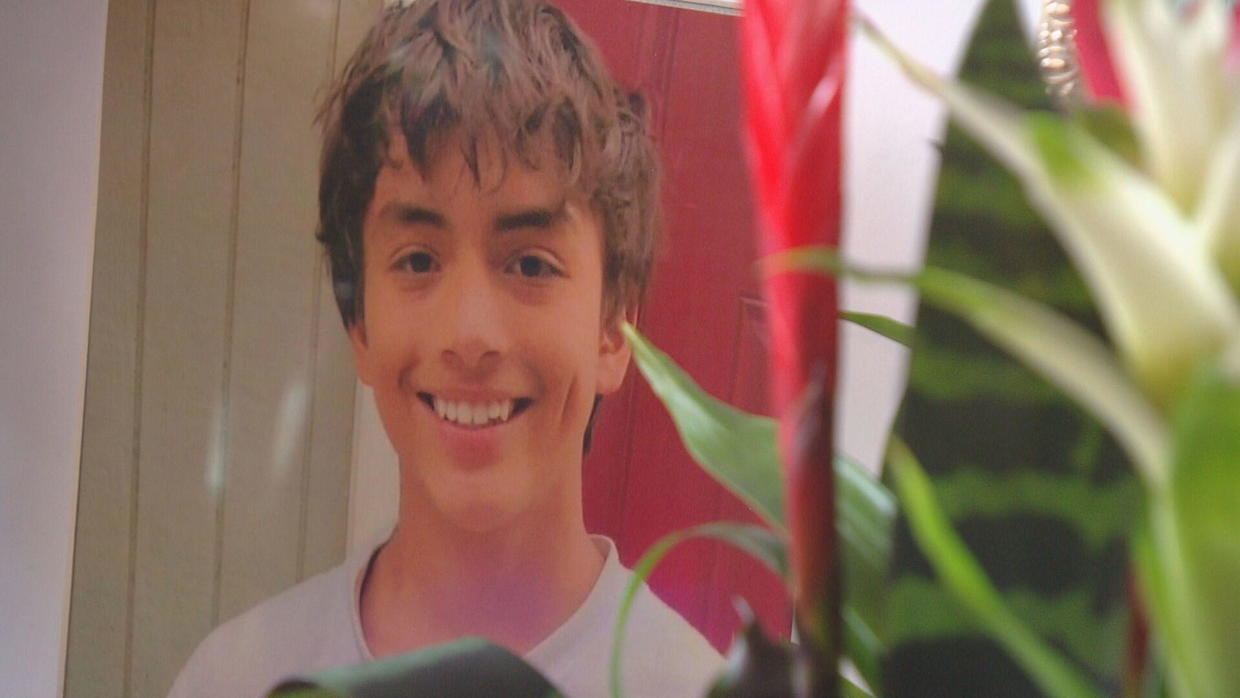 On the morning of August 10th, in Aurora, Colorado, Margarita Flores Velasquez opened the door to her bathroom and discovered her 13 year old grandson, Jose, bent over with his head in the sink. She recalls, “I said ‘Jose, Jose,’… I tried moving him. He was limp, cold, his mouth and fingers were purple.”  She tried CPR and called 911.  It was no use.  Jose was dead. Dead on what was supposed to be his second day of 8th grade.

Jose’s family says he was a cheerful, energetic, and kind kid, who helped raise his two younger siblings.  The local Colorado CBS station reports that “He dreamed of becoming a homeowner and opening his own business one day.”

When the family asked around to other kids, they were told that on his way home from school a student drug dealer had given Jose a pill to try.  The family says that Jose did not use drugs. But they believe that this time, he took the pill.

The pill, they guess, contained fentanyl, and the fentanyl, they think, killed the 13 year old.

Now the family is running a GoFundMe to raise $20,000 to cover the costs of the funeral and to bring Jose’s mother from Mexico so she can see her son one last time before he is buried.

Jose was apparently the victim of an astonishing Fentanyl flood in the United States.

“Fentanyl poisoning was the No. 1 cause of death for American adults between the ages of 18 and 45 last year,” reports Families Against Fentanyl.  Fentanyl kills 187 Americans every day. And families Against Fentanyl adds that, “The amount of fentanyl seized by U.S. and Mexican authorities in 2019 could have killed 3.5 times the entire population of the U.S.” What’s more the amount of fentanyl seized at the Mexican border has skyrocketed 400%  in just the last three years.

Fentanyl is death.  It is 50 to 100 times more potent than morphine.  It is commonly laced into street drugs like heroin, cocaine, methamphetamine, and marijuana.  So if you use street drugs, fentanyl is probably laced into whatever you’ve bought.  Fentanyl overdoses are easy.  And they kill you.

How did this tidal wave of fentanyl come to be?  Fentanyl was first synthesized by Belgian chemist Paul Janssen as a painkiller in 1960.  Ben Westhoff, the author of Fentanyl, Inc., traces fentanyl’s mass production to 2005, when the government banned over-the-counter sales of cold medicines that contained pseudoephedrine, the ingredient underground meth labs in the United States used to make methamphetamine.  Says Westhoff, the labs moved to Mexico, learned they could get raw ingredients from China, and became what Westhoff calls “super labs.”  Then the Mexican cartel added fentanyl from the super labs to counterfeit prescription drugs like Xanax and Adderall.

Fentanyl is cheaper to make than heroin or cocaine.  You don’t have to tend a farm of poppy plants or coca shrubs.  All you need to do is order the ingredients from China and know how to cook them up.  That cooking is done in Mexico.

Families Against Fentanyl is pushing for a novel solution to this fentanyl crisis: they demand that the government name fentanyl a weapon of mass destruction and go after the source of the ingredients, China.

In August, 2018, the federal government indicted a father and son Chinese team, Fujing Zheng and his father Guanghua Zheng, who live in Shanghai.  The Justice Department indicted the Zhengs on 43 counts of “operating a global opioid conspiracy.”

The indictment contends that the Zhengs sold “fentanyl analogues and 250 other drugs to at least 25 countries and 37 states.”

What can you and I do about this?  If you buy street drugs for recreational use, there are test strips you can purchase to detect fentanyl on Amazon.

And you and I need a new ritual.  When a child reaches the age of twelve, we should automatically give him or her NARCAN, a drug that stops a fentanyl or heroin overdose.  And we should teach the twelve year old how to use it.

Howard Bloom has been called the Einstein, Newton, and Freud of the 21st century by Britain’s Channel 4 TV.  One of his seven books–Global Brain—was the subject of a symposium thrown by the Office of the Secretary of Defense including representatives from the State Department, the Energy Department, DARPA, IBM, and MIT.  His work has been published in The Washington Post, The Wall Street Journal, Wired, Psychology Today, and the Scientific American.  He does news commentary at 1:06 am et every Wednesday night on 545 radio stations on Coast to Coast AM.  For more, see http://howardbloom.institute