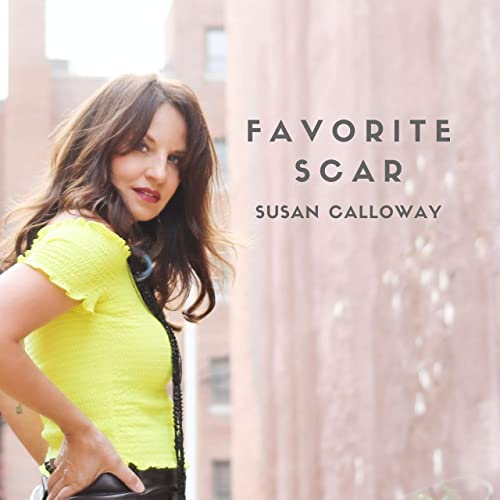 In her new single “Favorite Scar,” indie singer/songwriter and acclaimed Final Fantasy singer Susan Calloway throws down some of the most cinematic and epically melodic pop balladry I’ve heard in all of 2020, and while it’s designed specifically with millennial tastes in mind, it has a certain timelessness that can be traced directly to its creator’s respect for aesthetical experimentation. Calloway doesn’t give us a halfhearted performance on any front in “Favorite Scar;” her lyrics sound personal, her melodies are as sterling as they’ve ever been, and though the beat isn’t the main attraction here, she breathes vitality into its groove without ever calling upon its presence to muster any real thunder in the backdrop. This is frills-free pop with a very sophisticated finish, and it’s coming from a player who is hitting her prime at the right moment this fall.

These have got to be some of the most brooding lyrics of Calloway’s career thus far, but if they would have been presented to us in this single by a singer other than the one we’re listening to in this instance, I don’t know that they would have the same bittersweet affect that they do today. There’s no getting around just how distinct a melodic profile Susan Calloway has, and after getting lost in “Favorite Scar” just in the last few days, I don’t think there’s any debating that – whatever the lyrics she has in front of her – she tends to make the mood of the music through her voice more than she does any other avenue in the studio.

The tonality of the keys in this piece is really fantastic and had my attention right from the moment I heard the song for the first time forward. You don’t have to have a well-trained ear to recognize the lack of synthetic elements in this mix, and even if there’s far more attention afforded to the lead vocal than there is anything else transpiring behind its robust statements, everything here has enough gusto to impact the overall way we interpret the narrative. That isn’t always the case in pop music, and truth be told, it isn’t something I’ve been able to say about a lot of the fresh material I’ve reviewed out of the underground in 2020.

A lyrical masterpiece with some terrific sonic edging that I want to hear more of at a later date, I think “Favorite Scar” is an amazing addition to Susan Calloway’s discography and an excellent means of listeners getting further acquainted with the skillset she’s bringing to the table as a professional singer/songwriter. The past eight months have forced a lot of players into uncomfortable composing situations, while others have quit the game altogether, but for Calloway, it would appear that she’s thriving in these times and finding intriguing new ways of expressing herself through the power of original songcraft. This is an inspired new look without a doubt, and hopefully something we’re going to get a lot more of as her career continues on.