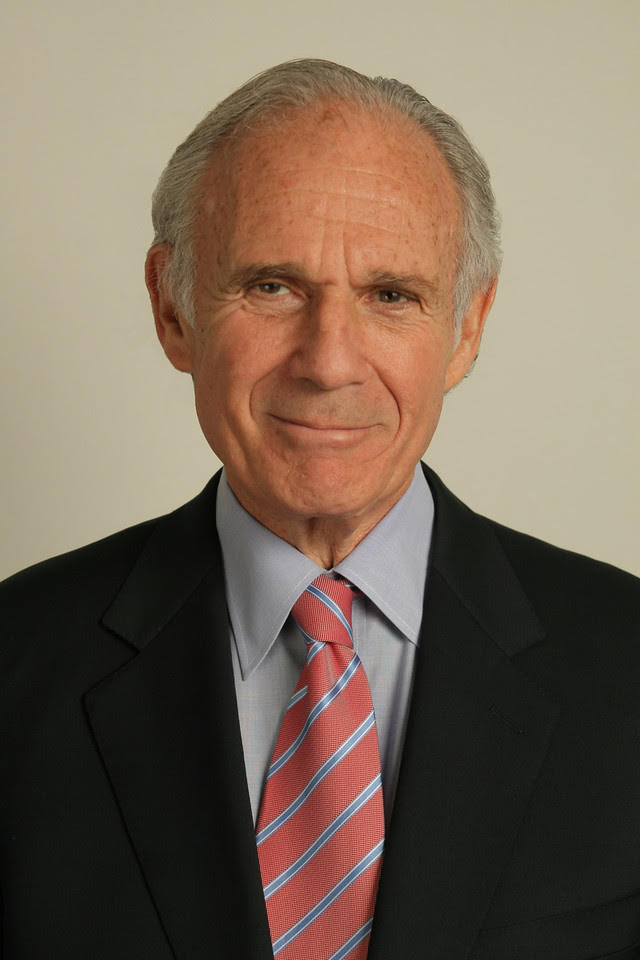 Los Angeles, October 13, 2020 –  Former News Corp. Executive Marty Pompadur has been appointed to the Board of Directors of FanVestor, a global fintech fan investment and commerce platform, the announcement was made today by FanVestor, CEO Michael Golomb.

“Marty first joined our Advisory Board in January of this year,” comments Golomb. “His incredible insight and perspective, combined with his extensive knowledge of business and finance for media companies, are unprecedented. We are honored to have him expand his role with his appointment to FanVestor’s Board of Directors.”

Marty Pompadur has more than 50 years of experience in the media and entertainment industry. He began his career at ABC, Inc. in 1960, holding a variety of positions including General Manager of the Television Network, Vice President of the Broadcast Division, President of the Leisure Activities Group, and Vice President of ABC, Inc., culminating with his becoming a member of the ABC, Inc. Board of Directors.

Mr. Pompadur serves on the boards of Nexstar Media Group Inc. and Chicken Soup For The Soul Entertainment, and was also Global Vice Chairman Media and Entertainment, Macquarie Capital Advisors.   He is a co-founder and Chairman of Metan Global Entertainment Group.

“My involvement with FanVestor began earlier this year as an advisor,” comments Pompadur. “I’m pleased to expand my role by joining FanVestor’s Board of Directors at this exciting time in the company’s evolution. I look forward to working with Michael and his talented team to assist in propelling the company forward.”

“Both Yung Kim and Alan Qiu are global experts in their respective fields who bring a wealth of international business experience to our growing team,” adds Golomb. “I am delighted to welcome them both to serve on FanVestor’s Advisory Board.”

Mr. Kim served at the helm of the California-based technology firm from 2016 until his retirement in 2020, bringing a wealth of experience from a 40 year long career in telecommunications.

Prior to this, he was President and an executive board member of Korea Telecom (KT). His vision was to transform KT into an innovative and dynamic ICT company, taking KT Group’s revenue from U$11 billion in 2009 to $24 billion in 2013.  He joined KT in 2009 from British Telecom (BT), where he had worked for almost 30 years and held a number of senior positions both in the UK and abroad. In his earlier years at BT AsiaPac, he served as Head of Technology and Investment of BT Japan and was a key member of BT’s $2 billion investment into J-Phone, today known as Softbank Mobile.

Alan Qiu is a seasoned professional in business development, go-to market strategies and capital markets. Previously, he worked for Panorama Capital as Director of Investment before he moved to China for a startup opportunity. There, he served as Vice President, Business Development and International Business for PINTEC (NASDAQ:PT), one of China’s fintech leaders on multiple fronts. Under his tenure, PINTEC made its way to become a global leader in its practices. After taking it public, Mr. Qiu moved to Los Angeles and started a consultancy practice to work on deals with an entertainment focus, where he crafted multiple cross industry and cross border projects for high profile clients, including Hachibot, TBU, and others.

Currently, he is the business finance partner for one of the industry’s largest video game companies, where he supports its rapidly growing consumer products business, story development and esports business. He earned an MBA from University of Southern California (SC) and a Master’s in Finance from Case Western Reserve University.

About FanVestor  – FanVestor is a global all-in data-driven fan investing and fan commerce platform, accessible by Website and app, designed for elite talent, musicians, and athletes, as well as entertainment, fashion, art, sports, and e-sports organizations. FanVestor offers a new way to engage with your favorite celebrities and athletes through what we call Initial Talent Offerings™ (ITO) and Initial Entertainment Offerings™ (IEO). With FanVestor, you will be able to receive an actual investment in your favorite artists and athletes and participate in exclusive rewards and experiences, such as priority access, enhanced fan experiences, and other benefits. Social media has made celebrities super brands, and FanVestor will allow them to capitalize on this by raising capital subject to regulatory constraints, for various projects and offer exclusive rewards to their fans for their participation in each raise.