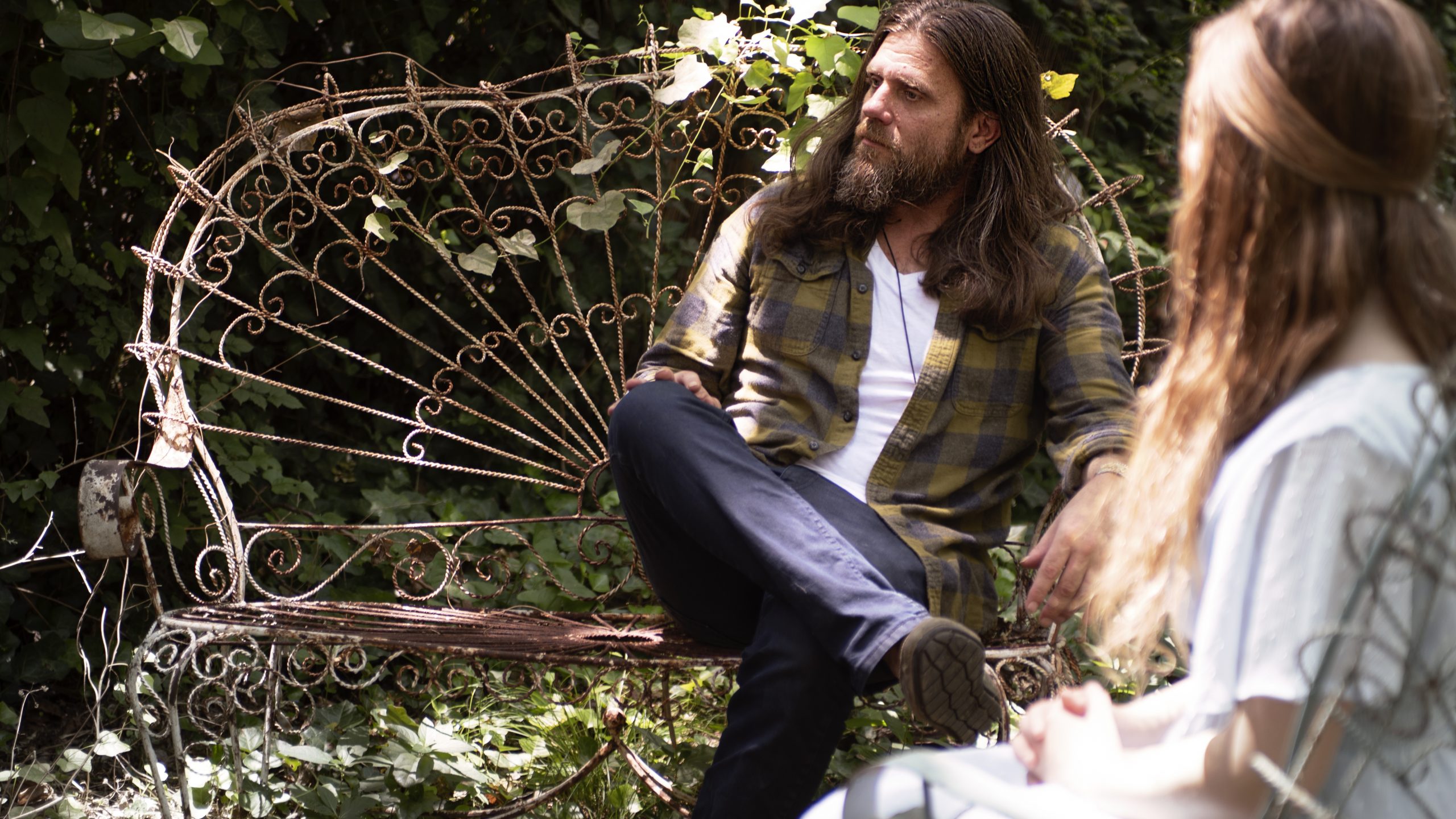 Ezra Vancil’s The Family Songbook opens with the track “Big Old House”. His then twelve year old daughter Cozi Vancil makes important contributions to the song’s vocal strengths, but the true key point of the cut is Vancil’s superb talents for construction and unfolding the track for his audience. “Big Old House” benefits from a patient build-up and the lyrics are mature and insightful without ever dragging down your emotions. “Glow” sounds steered by Ezra Vancil’s talents alone and, given the still-ongoing pandemic cut him off from his band midway through the recording of The Family Songbook, that may be a distinct possibility. The interweaving of keyboards and guitar comes off quite nicely and Vancil, once again, sets himself apart from his peers and contemporaries alike with a five-star vocal performance.

If you can levy one criticism against this album, it’s the sort of “samey” flavor that might prove wearisome near The Family Songbook’s midway point. Vancil locks into a particular angle for developing these tracks that persists throughout the bulk of this collection and individual listeners will have to decide if its moments of variation are plentiful enough to counterbalance the consistency of his approach. There are moments that cut through, however, such as “Goodbye Grandpas”, an eloquent and elegiac meditation on our progenitors and how they continue influencing us. Vancil’s vocals are at a near-hush during this cut and dovetails well into the acoustic guitar playing.

Vancil has built a lot of his good standing with critics and music fans alike on the back of his confessional-style lyrics. He deserves considerable credit for exploring a possibly thorny and cliché laden subject with a song cycle about family, but the album includes more impressive tracks. “Beat of My Heart” incorporates brass and the mid-tempo jaunt of this performance breaks with the electric folk of other tracks. It’s pure singer/songwriter pop with its irrepressible melody and insistent pulse. Cozi Vancil’s contributions to this cut are significant and she proves, yet again, she has the chops necessary for bringing an added dimension to her father’s music.

The atmospheric suggestiveness of the track “Mighty River Soul” is handled with a deft hand. It would have been very easy for Vancil to “over-stylize” these tracks, and some veer dangerously close, but his skill for measuring his songwriting effects rather than pushing too hard on the listener. The percussion is especially effective during “Mighty River Soul”. The musically exultant “Our Town” has a decidedly retro feel looking back to a 1970’s influence and the pacing is perfect for its penultimate position in the track list. It’s vocally strong, like all of the tracks, and Ezra Vancil shines most of all.

The finale “Shine” makes it mark on listeners for a variety of reasons. The dense, yet fluid, build from a spartan beginning into a full-on orchestral sound sans classical instrumentation. Ezra Vancil’s album is a deceptively ambitious affair; you might peg this release as dwelling solely within the folk or singer/songwriter tradition and, while it may perhaps owe a significant debt to the latter, you cannot pigeonhole what Vancil has accomplished with this release. He finished his album despite the restrictions imposed by the pandemic and The Family Songbook stands as one of the most important releases in 2020.