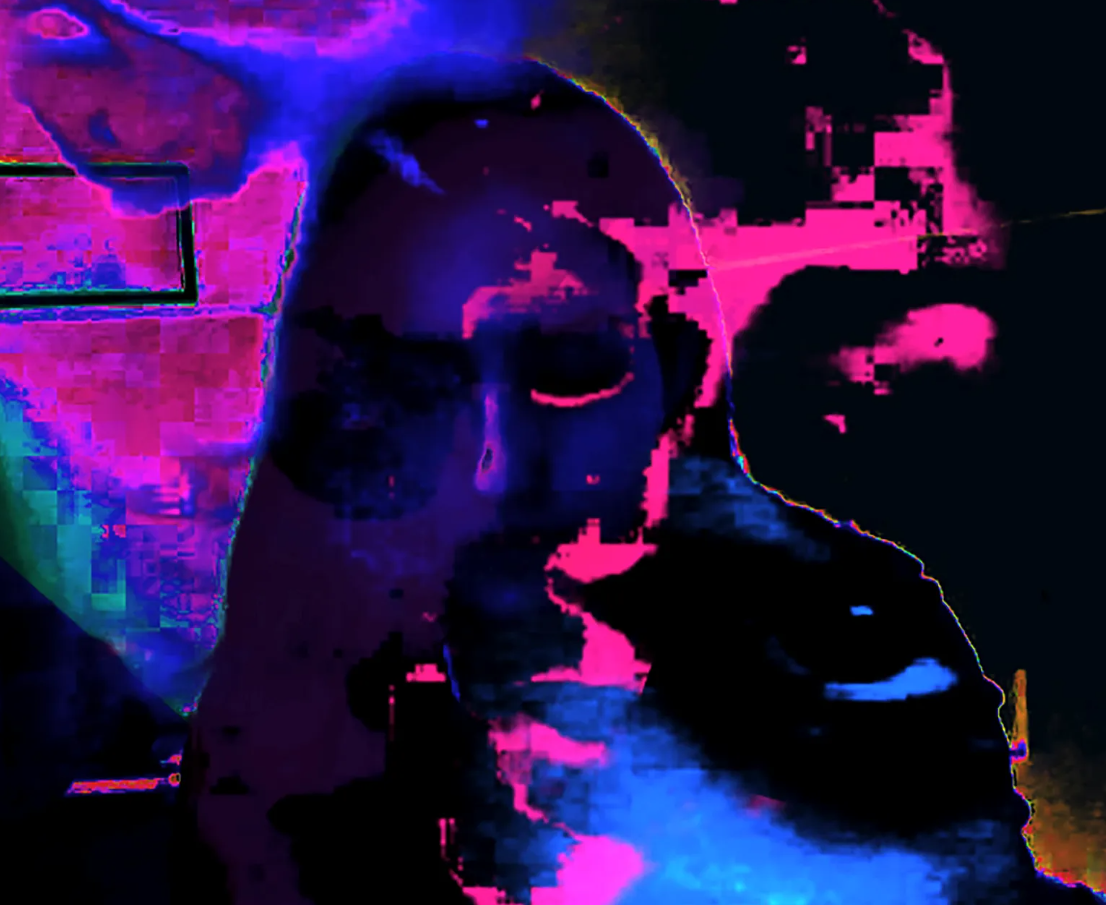 With the rising ranks of indie noise bands such as Death Grips and 100 Gecs, the versatility of the so-called noise genre has bled over into the mainstream once again with a wide variety of its subgenres slowly infiltrating noteworthy pop acts (such as Grimes), while simultaneously crafting hits in two of its most notable subgenres: noise rock (with acts such as Sonic Youth) and hyperpop (giving us Charli XCX and Kero Kero Bonito, among others).

While noise rock has persevered across decades as a constant in the rock scene, hyperpop is a remarkably new combination of genres and sounds and it has already seemingly taken on a life of its own. So what happens when you take these two entangled yet distinctly different trajectories and morph them into a single sound? Seattle-based ExoGeo might have the answer… or at least an attempt at one.

With the new album The Nightmare Lottery, ExoGeo is staking her claim in the wild west gold rush of multi-hyphenate subgenre sounds; a debut album rarely comes out with as much certainty in its approach, but The Nightmare Lottery is unafraid to trek to regions unknown, and with a name like ExoGeo it’s an ambition worth admiring. The project consists of the singular Rebecca Kathryn Perez, and the mission statement of ExoGeo is simple: “[ExoGeo] writes songs about things like the afterlife, summoning the Devil, and hearing voices, speaking for people unable to speak for themselves.” The songs featured on The Nightmare Lottery fall into this description very well. From its opening track, the haunting “Live Forever,” listeners are drawn into a soundscape incomparable to anything else out right now — its dark dismal chords might leave older audience members reflecting on the Bowie/Eno compositions from the infamous Berlin era, but Perez’s echoing vocals function on a higher level than any comparison could make.

The Nightmare Lottery smartly sprinkles a wide variety of textures across its eleven tracks, with some (“Interlude”) giving listeners ambient noise reminiscent of a witching hour session at an old train station, while others (“Mind’s Eye” and “100 Mph”) pick up the tempo with percussion work and song production that will keep listeners on their toes. “Annihilator” is a particular standout, its enigmatic vocals operating more as an additional instrument to the song’s layers than a lyrical vessel.

The Nightmare Lottery only clocks in at just under a half an hour, so most of the tracks come in with pretty short runtimes; no single track overstays its welcome, and each new song only paves the way for what’s still to come before the album reaches its conclusion with its finale “Missed Opportunity.” Maybe the most challenging song on the album as far as production and accessibility go, ExoGeo unabashedly lets listeners earn this closer after engaging with the last ten tracks. The Nightmare Lottery is a perfect encapsulation of the world ExoGeo is crafting, and listeners that gravitate towards her art will only be intrigued further by the album.