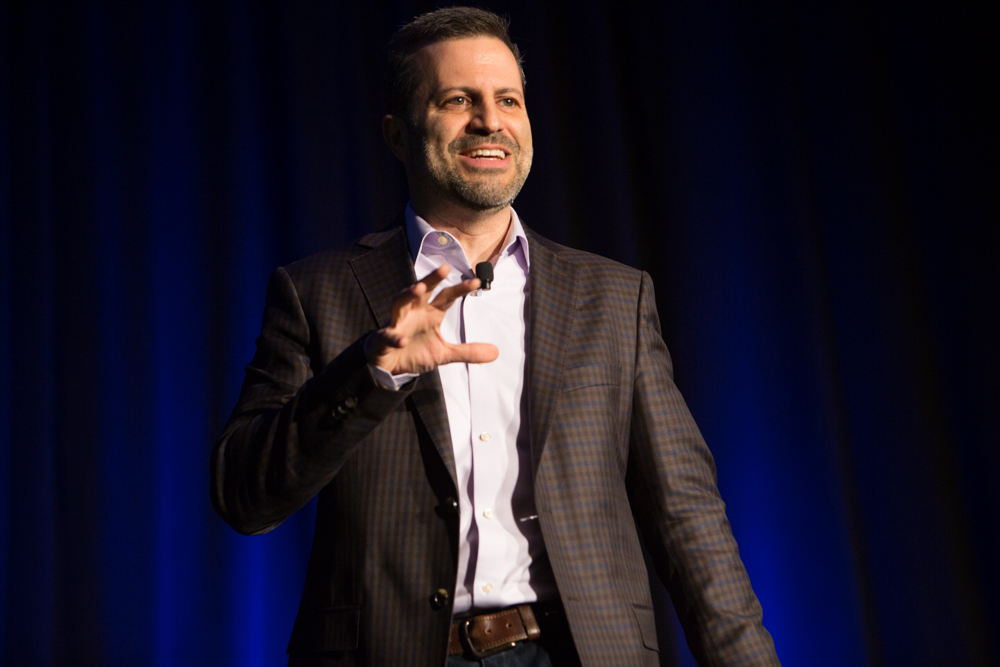 How would you classify your latest work, what inspired its inception?

Imagine you’re in the sales profession. In it, you’re taught a process to follow. You have tools and resources to help you help your customers. Now, imagine you’ve just been promoted into a leadership position, where you are overseeing the sales function. There is no process. There is no structure. There’s a vast gap in tools and resources available to leaders. They’re not trained.

For me, when I was first promoted into sales leadership, it was so exciting…until around day two, when I began to feel like a dog chasing a car bumper down the street, never knowing which way the car was headed. I was too much of a nerd to handle that, so I created a process; a structure. I used it for all my planning, strategizing and communicating. I found that it gave me a huge level of comfort, but also an advantage over the other 99% of leaders who didn’t have a structure.

Over the years, I optimized each element with behavioral science, and laid it all on a bed of transparency and sincerity. It’s the book, The Transparent Sales Leader, needed more now than ever, and I’m so proud of how it turned out.

How long did it take you to complete?  .

It took over two years from the beginning of the writing to where it finally launched to the public. My father, who was 97 at the time, was on his way out. I wanted to dedicate the book to him and tell him that before he passed – it inspired me to see that commitment through. He was the original Transparent Sales Leader in my opinion. The book isn’t just my ideas…it’s all research and data based, so the investment in time was significant.

Who are some of your top 3 authors or writers you look up to & admire?

I’m a nerd for the history of sales. While cool people are doing cool things on the weekend, you might find me reading an early 1900s book or magazine on sales or sales management. They were the pioneers for the modern sales profession. And, the writing is amazing! Not long ago, my first book (The Transparency Sale) was included in a list of the greatest sales books of all time. While blessed and honored, I was also almost upset. My book is not one of the greatest. The books written 100 years ago on the profession are the greatest, and I feel like I’m the only one reading them.

First, Dr. Orison S. Marden. I love every word I’ve read of Orison Marden – but a quote in a 1918 article in The Business Philosopher Magazine said about him, “it isn’t every man who has had children named after the titles of his books.” Marden was referred to as “the best known and most widely read writer on success that this or any other country has ever developed.”

Second, Worthington C. Holman. Anything I’ve ever seen that was written by Holman stops me in my tracks. Brought up through the ranks for NCR in the late 1800s, Holman assisted in putting together the first known corporate “Manual for Salesmanship.” He wrote multiple books and was the editor of the first pervasive magazine for salespeople in 1904 called Salesmanship.

Third, Arthur Sheldon. In my opinion, Arthur Sheldon is the G.O.A.T. of sales philosophers. Sheldon established the sales profession’s foundation the right way in the early 20th century. By 1908, they were talking about this guy as having “a career so remarkable and interesting from a great number of viewpoints that it is worthy of the attention of everyone in business.” And, upon his death in 1935, the Chicago Daily Tribune referred to him as “the author of more works on salesmanship than any other person” and “THE philosopher of selling.”

Why do you write?

I wrote my first book because I truly care about the profession of sales and felt the ideas would not only help those in the profession succeed, but also raise its perception. Honestly, I thought the book might suck, given I’d never written before. I fell in love with the process and the power of words and stories. The first book was an overwhelming success that I truly didn’t expect, but it became a passion. Today, I try to write daily. It’s like a lubricant for my mind.

What’s the biggest takeaway you want your readers to come away with after reading your latest work?

There are two primary take aways:

First, if you think salespeople are primarily “coin operated,” meaning they only function for the money, you’re right — if you’re doing leadership wrong. There’s a tremendous opportunity to create an environment where your salespeople make money as a reward for loving what they do, not as the reason for doing it. I teach the science of intrinsic inspiration, with practical and easily implemented tactics to grow and maximize it with your teams.

How is the writing/reading scene in your locale?

I live in a suburb just outside of Chicago, right in the heart of middle class midwestern life. There’s not much of a writing/reading scene that I’m aware of. For me, I was able to get into my writing “zone” most effectively in a coffee shop. Before the pandemic, I’d get to the coffee shop around 7 a.m., write for a few hours, then go home to research. For anyone who writes, find your own zone.

While it may not be the best book I’ve ever read, one book from 1919 on the sales profession opened my eyes to how much I had to learn about writing. Arthur Dunn, in his book Scientific Selling and Advertising, wrote about sales, which is typically boring, in such a way that I couldn’t wait to read the next words. In one part, he talks about the need for be truthful. He wrote, “A lie is a weapon of the weakling and the afraid. There is no come-back to truth — no alibi — no hereafters — no explanations. It is as vital a force as though you could take it out and feel of it.” He’s talking about sales!

When did you first realize you wanted to become a writer?

As some who reads a lot, I always thought I had a book in me. I’m also wired to be one of those people who think that if someone else is able to do something, why not me? I mean, in college I taught myself to juggle, to ride a unicycle, and to juggle while riding a unicycle. I realized I wanted to become a writer while writing the first book. I love being in the writing zone. I love being inspired by an idea. I love the research. I love the storytelling. And I really love the impact my words, which I modestly refer to as my “nonsense,” have on people’s performance, and in some cases their entire careers.

How have you evolved as a writer over the last year?

The inspiration I’ve gleaned from reading early 20th century books and magazines on the sales profession really changed everything for me. I used to write like someone who learned and studied the writing of individuals from the early 21st century. In other words, my first drafts looked a lot like how everyone else writes today. The writers from a hundred years ago could truly write! I’m not sure I’ll ever be that good, but I’m evolving my style daily almost through the osmosis of reading those works.

If you could meet, have dinner, have a drink with anyone (writer/non-writer) (dead or alive) who would it be?

While with more thought I may have a much more profound answer, I have to answer from where my brain went first. It speaks to how big of a nerd I must be, right? I immediately thought of a guy named John Henry Patterson. He founded a company in 1884 called National Cash Register, but more importantly, he founded modern go-to-market practices that we still use today. He was the first to have windows on manufacturing floors, the first to actually train salespeople, give them variable compensation structures, and give them dedicated territories. His approach was the foundation for every company’s sales and revenue engines today, and very few people know about him.

In the short term, I’m speaking at a number of sales kickoffs, doing sales and sales leadership workshops for teams, and still nerding out on sales history via my podcast, The Sales History Podcast. I know I have at least one more book in me, but that’s going to wait!

ABOUT THE AUTHOR: Todd Caponi is the author of the 3x best-book-award-winning and international best-seller, The Transparency Sale and a speaker & workshop leader as Principal of Sales Melon LLC. Todd is also a multi-time C-Level sales leader, a behavioral science and sales history nerd, and has guided two companies to successful exits. He now speaks and teaches revenue organizations on leveraging transparency and decision science to maximize their revenue capacity. His new bestselling book, The Transparent Sales Leader, was released on July 5th.