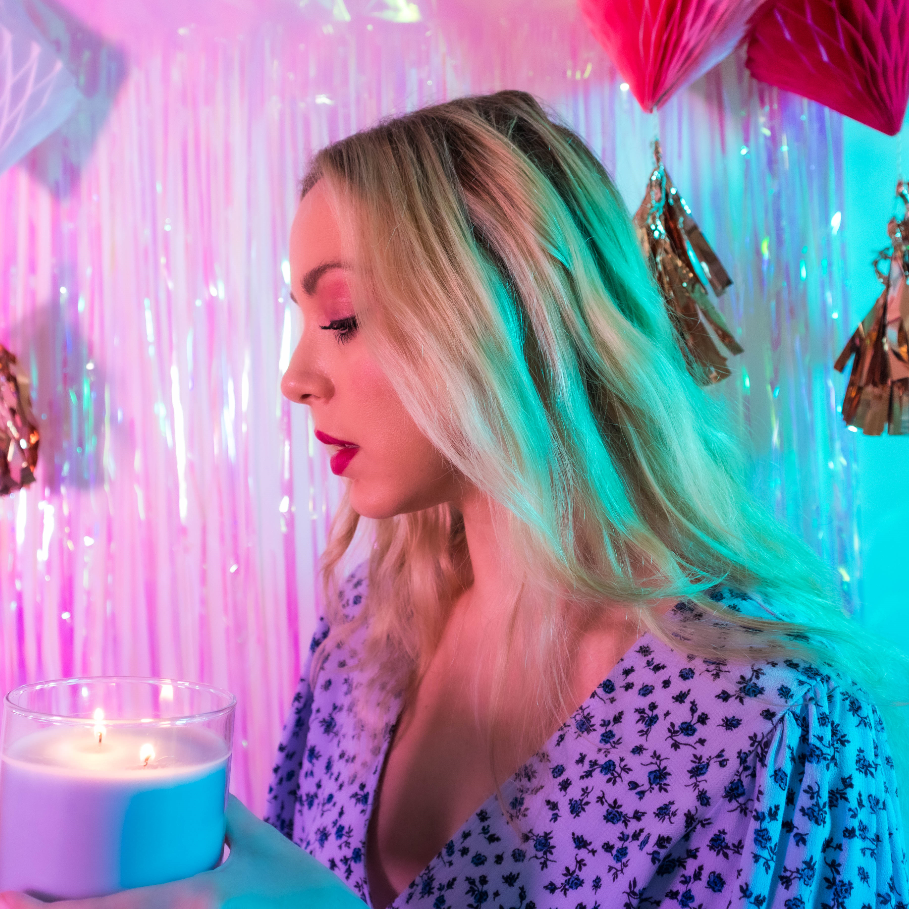 How long have you been singing?

I’ve been singing for as long as I can remember and before that too! As soon as I could make sounds, I was singing.

What’s your favorite song to sing?

I had a serious Say Anything phase growing up and “A Walk Through Hell” is still my favorite to cover. I also really love to harmonize and anything Johnny Cash or Dolly Parton that I can harmonize with, is usually a go to!

My vibe musically is 80’s derived but also my vibe personally is to let things flow the way they do, this year

Talk to us about your latest single ‘Like Magic’!

Like Magic is one of the songs where the hook came to me first. I started writing this one by using nostalgic sounding pads over the chords at the beginning of the verse and the hook came first when writing the melody over it. I realized it was the chorus right away but also that it belonged at the beginning of the song, the way it had originally appeared while I was writing it. The rest of the writing followed quickly, this song is one of those songs that happen fast. Those are the ones that feel like they’re meant to be and I’m just uncovering it. Like Magic always felt retro to me, like an 80’s song in a movie, I felt like this one was evoking a feeling of driving at night on the Pacific Coast Highway with your person. This song is about the journey I took in music and my husband being by my side from the start, how we ended up growing and finding ourselves through this crazy story we didn’t know we were about to be a part of. Like Magic is really that story, it’s our story.

Who are you spending the most time with creating music?

I usually write and produce alone at first for my project and then my husband, Troy, will engineer or co-produce on the track as well. Like Magic was a solo production for me but typically I work with Troy as a co-producer on a lot of my songs after I finish writing and getting the initial production down!

Is there anything special that is coming up for you?

I have a show in Los Angeles at Bar Lubitsch this month on June 27th for their grand re-opening live music event. I’m really excited to be playing shows live again and also to share new upcoming music in that set. After that, more releases will follow!

Leave us with some positivity! What is a mantra you want to be remembered by?