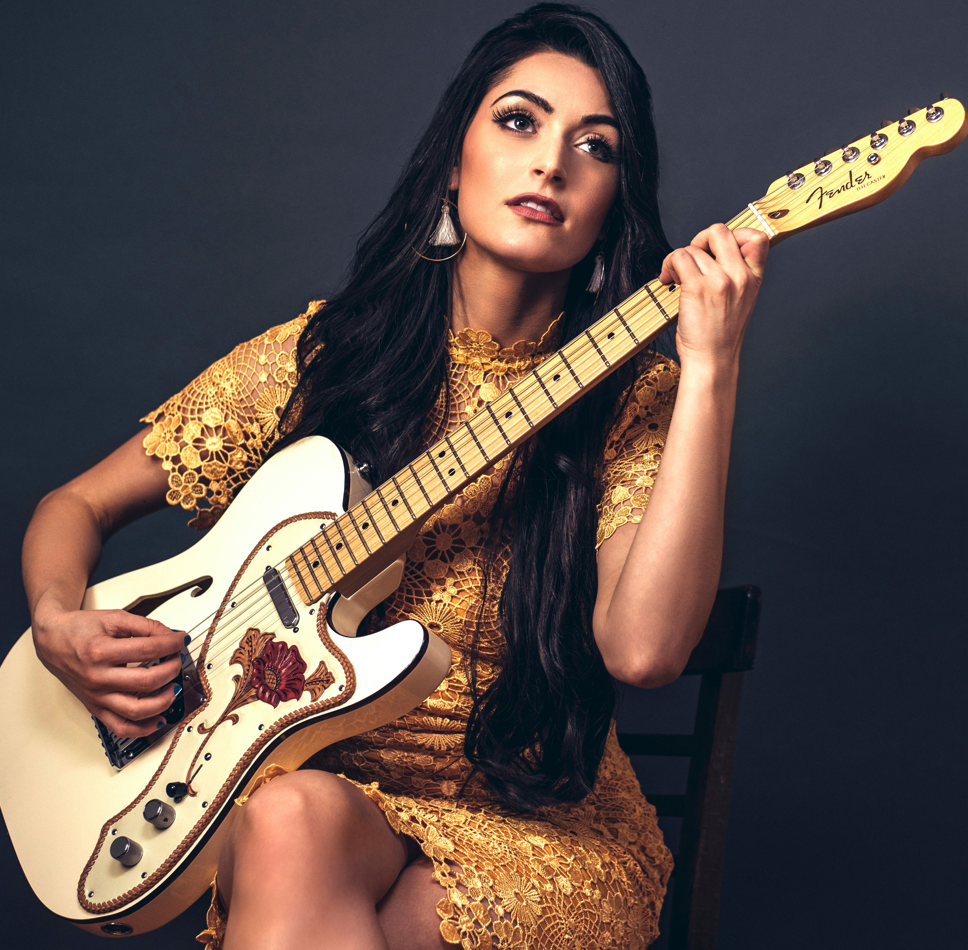 Rae Radick often describes herself as, “The Love Child of Shania Twain + Miranda Lambert + a dash of New York City.” She recently opened for Miranda Lambert and Brett Young at Citadel Country Spirit Music Festival in 2021, and Broadway’s Palladium Theater in Times Square. She’s a prime example of the new wave of feminism: fierce yet vulnerable, classy yet authentic, free thinking, and finding your path in a technology based world. Rae Radick has been a singer/songwriter since she was sixteen. Hailing from Bucks County, Pennsylvania she’s lived in New York City for the past eight years and tours internationally. She’s been featured on Front Range Radio, Q-Star Radio, and numerous blog articles as “Artist of the Week.” She’s performed at the Hilton Hotel in Atlantic City, Fox and Friends, Shea Stadium, Intrepid Museum, Queen Mary in San Diego, Brooklyn Bowl, The Bitter End, Rockwood Music Hall, Red Lion, and Pete’s Candy store to name a few. She also creates original music for feature films. Mixing her Pennsylvania roots with New York City’s spirit, her sound is a supreme balance of pop and country.

It’s always something that I’ve wanted to do since I was a child. I like to say music chose me because as far as I can remember I’ve always been attracted to music, whether it be dancing to it, singing, writing, playing, etc.

My fans feel like friends. They know I don’t put on an act so I feel like we’re connected on a deeper level, rather than superficially. I love interacting with fans after shows at my merchandise table, and bonding over their favorite song of mine. Recently I had a wonderful experience at a music festival where a group of little girls stood in the front row and mimicked the dance moves I was doing on stage— that was incredibly heartwarming!

Like Superwoman. When I’m on stage I feel at home, and when the crowd sings along that’s a deep human connection and experience we’re sharing together. It feels like heaven.

Opening for Miranda Lambert. It was an incredible day that I’ll never forget.

Many! In my songs I have lots of double meanings that are special to me, or a reference only I would get. I like to keep those close to my heart because it’s like a secret I get to enjoy, and keeps me feeling clever as an artist.

The journey the artist takes you on and how it affects the listener from the beginning to the end. Art is about moving people, whether it be through songwriting, movies, painting, singing, etc. It’s not about how high you can sing or how fast you play an instrument, but if you’re able to take the audience on a journey and make them feel things then you did your job. That’s what makes a performer and how I judge a song.

I try to practice everyday, but it’s challenging on certain days with my schedule. I try to do something artistic everyday for at least 5 minutes which usually does get accomplished such as write a verse, practice guitar, practice piano, or some kind of artistic exercise.

I would ask in what capacity? Some people are happy singing in cover bands, and others are happy being a songwriter behind the scenes. I would advise them to get specific on what kind of singer they want to be, and follow their passion only if there’s nothing else they want to do for the rest of their lives.

Each person I interact with feeds me in different ways as an artist. I’d like to preach that everyone in your life helps you grow, but for the sake of the question I will credit my acting teacher, Sean Folster. I studied with him for a few years in NYC and his way of teaching really opened me up as an artist. Since I’m busy with touring and music I don’t have time to act anymore, but I miss it everyday and wish I could take on acting projects. I also have a theory that if more songwriters were actors it would benefit them greatly because those art forms feed each other.

I would have written and recorded more songs instead of letting them sit on a shelf. I would have moved to Nashville earlier in my life, and took acting classes much earlier than I did.

I think the business today is about numbers and followers, rather than good art. So many times I’ve seen an artist who isn’t very good get a record deal because they have 1 minion followers, and another artist who’s brilliant but doesn’t have as many followers get passed over. It feels like the business is more superficial than serving the community with good talent from a record company standpoint.

Gosh I don’t know! You’d have to ask them.

I like watching TV and movies, exercising, and being around nature. I’m really a homebody so when I’m not on the road or performing I like to be in a comforting place with people I’m close to.