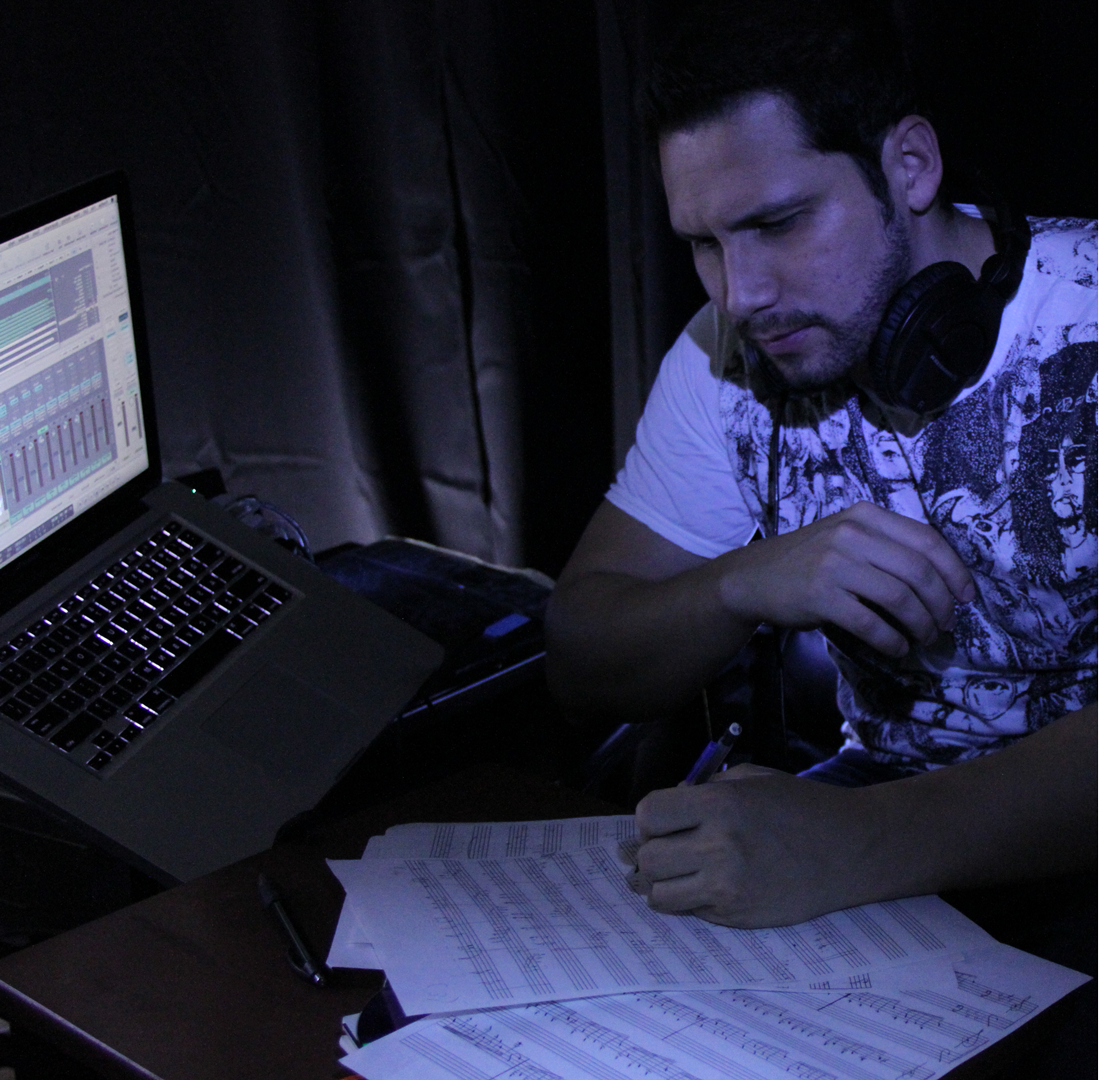 When did you first know you wanted to make a life in music?

Music has always been part of my life. I started really young with piano lessons and continued to grow as a musician during my teen years. There was a big transition time in my life when I first moved into the United States in 2001. I first started working in various jobs as making a living became a priority as well as I wasn’t sure where I was going with my music. Finally, in 2007, I bought a computer and started writing and recording my own music. I knew at this point, my call was to write and share my music to the world. I mainly started working on piano pieces that later would become part of the albums “Sentiments One” and “Sentiments Two” and also worked, simultaneously, in an album called “Extratos Pher” where the tunes were pure electronic, mostly house music.

How would you describe your music to someone who had never heard it before?

It’s very simple, if you like Beethoven, Tiesto or Hans Zimmer you are going to love Karluca’s music. Karluca’s work offers music that can be fully electronic, cinematic, piano instrumentals or meditation melodies perfect for relaxing while having a coupe of coffee in the morning.

Who are your top 5 musical influences?

Honestly, thinking about it, it is very hard to bring it down to only 5 influences but throughout the years, Karluca moved from music genre to music genre as his quest for following beautiful music kept him exploring styles from all paths of life. For example, in his early teenage years, when he lived in Colombia (South America), he listened to a lot of tropical sounds such as Salsa and Merenge. Bands such as “Grupo Niche” and everyone from “La Fania” gave him a clear understanding of rhythms and instruments mostly influenced by African music.

After listening and playing in rock bands and later on being taken over by electronic music, bands such as “Prodigy”, and artist such as “Tiesto” and “DeadMau5” (respectively) really influenced him for the long run. Of course, Karluca has classical training, therefore, listening and playing Beethoven, Bach, Chopin for years was a crucial influence when he composed his 2 piano albums.

In his most recent years, Karluca has written music for film and he loves it because as a film composer, he has the ability to mix a variety of sounds, genres and styles he’s learned and played his whole life, in order to enhance the images and the story in a movie. A big influence in this genre has been Hans Zimmer, and you can hear how each soundtrack from Hans Zimmer repertoire sounds different as he borrows sounds from different genres and styles to fit nicely into each movie.

What new music are you listening to at the moment?

Lately, Karluca finds himself listening to Chill Music where guys like Lane 8 or Rüfüs Du Sol usually stand out. There are also, phenomenal artist such as The Weeknd and Demi Lovato that would capture Karluca’s ears from time to time. And there is a really good group that It’s worth mentioning called Röyksopp; amazing instrumental music with a touch of cinematic sounds.

What city is your home base and what is the music scene like there?

Karluca’s current home base is in Orlando Florida. The music scene in Orlando is an interesting one. Thanks to the theme parks in the area, there are a lot of great musicians and bands, but they mainly stay in the theme parks. There is an underground rock scene that concentrates in bars such as “Will’s Pub” and “The Heaven”. Also, when talking with some local recording studios, they mention that hip hop and reggeton are booming in this town but it feels like there is not a good solid “live scene” available to support these artists at the local level.

On the other hand, Orlando offers a good audience to invite well-known artists as well as artist that are slowly getting into the mainstream. As an artist, if you have a good fan following, Orlando could be a good option for a stop in your next tour.

Which do you prefer more, performing live, or recording in the studio, and why?

Karluca prefers recording in the studio rather than performing life. Most of Karluca’s music is possible thanks to the possibility to play and integrate multiple sounds and instruments at the studio. Even though, Piano Sentiments One and Two feature manly piano as a solo instrument, there are a few tracks that include sounds such as cello or strings that were used to support the main melody playing by the piano.

Is there a song on your latest release that stands out as your personal favorite, and why?

Karluca has 3 favorites songs out of this album. “Morning Mist” because it was the first song he wrote and that represented the emotion of tranquility that came with a new beginning. “Working men” because it has a different tempo and delivers a lot of energy. But the one that Karluca would pick as the one favorite would be “Drop of Water”. This song as simple as it is, presents a melody that came from deep inside his soul. “Drop of Water” represents a quest that begins calm and mysterious and develops into a joyful moment that after a while, it has to come to an end; followed by sorrow notes that are then picked up by the calm notes of a new cycle…like many things in life.

What’s the best concert you’ve ever been to?

The best concert so far has been “The Muse” when they came to Orlando in 2017. Event the opener band was great. The show had a beautiful stage with amazing lighting and sound. It’s always appreciated when the artist not only put ups a great show but also how all the other components such as lights and moving cranes on stage featuring images and effects come together to deliver a full-on experience for the audience.

If you could collaborate with any band or artist (living or dead) who would it be, and why?

There are so many artists to choose from at this point. It wouldn’t feel fair to try to pick one out of all the amazing artist that are making history in the music industry at this moment.  Yet, there is a singer/band (that is not with us anymore) that always came across as visionary and that created it’s own path in the music industry and that it’s still influencing millions of people after more than 30 years of being published. I’m talking about Queen and especially Freddy Mercury. It would be a pleasure to work with him and see the flow of ideas come out of a session. The admiration that Karluca has for him and how Queen believed in their sounds as a group and how the music revolutionized the sounds of the 70’s and 80’s. Not many artists have achieved what Freddy Mercury and Queen were and have been able to do with their music. It would definitely be a great learning experience.

Karluca is currently working on more piano music composed and performed by him. He has also been working in collaboration with other artist in songs that fusion multiple current styles and genres. The album he is currently working on has a lot more vocal tracks featuring local artist using more modern styles but still heavily influenced by electronic and orchestral sounds in it.

Karluca’s future is to become a well recognize production brand where not only Karluca himself is featured as an artist but also a variety of other artist from other paths of life ready to deliver soulful music to their audiences.