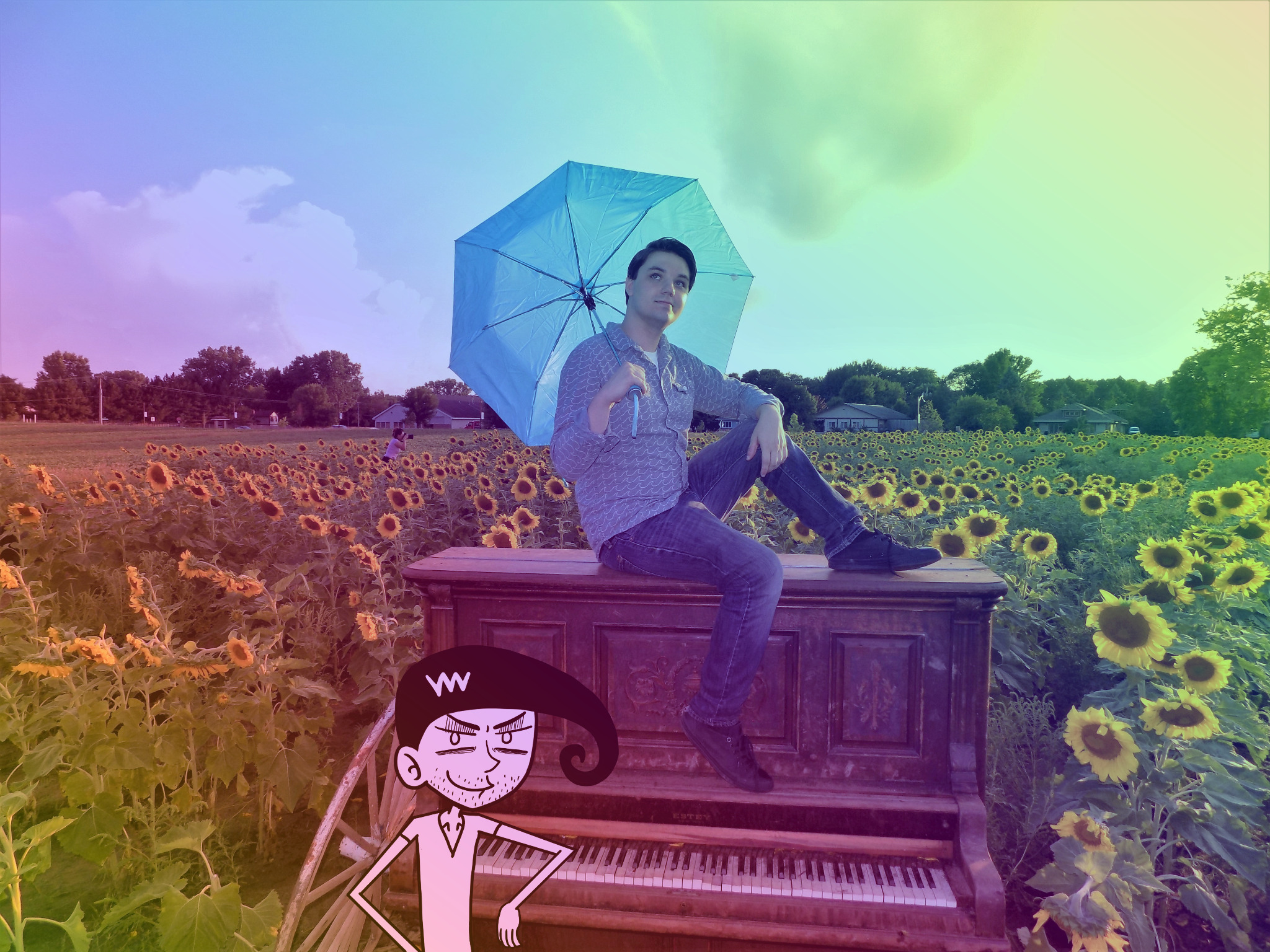 Hello Modern Amusement! So lovely to speak with you today!

Hello, thank you so much for having me!

Tell us about your latest project!

Modern Amusement just released our debut self-titled album back in May! The album is made up of songs I’ve written throughout the past decade, some dating back to around 2013 and some just last year. So in that way it’s kind of like a retrospective of my life throughout these crazy past three years, which I think is pretty cool. The album is produced by Dan Konopka of OK Go, who also played drums on the whole thing, which is incredible for me because I’ve been a fan of his band since I was a kid. Sort of a dream come true! The album is inspired by late 90’s/early 2000’s alternative rock, it’s my attempt in trying to bring that sound back because I love it!

What is a dream venue for you to perform in?

Being a Minnesotan, I’ve always dreamed of playing at First Avenue, I’ve seen so many of my favorite artists there and I would love to make my mark as well and get Modern Amusement’s name on a star on the wall there.

If you were to open up your most used streaming service, what are five songs that would be on your most played list?

Five songs I’ve had on repeat lately are Aloo Gobi by Weezer, So Mean by Poppy, Stop Making This Hurt by Bleachers, Ruler Of Everything by Tally Hall and A Little Respect by Wheatus. Definitely check ’em out!

I have so many! I would have to go with Buddy Holly by Weezer for #1 though, still my favorite song of all time!

What is your favorite movie soundtrack?

That’s an incredible question, I love so many! I think I’ll go with Nightmare Before Christmas because I’m pretty sure I can recite every single lyric. That or Scott Pilgrim Vs. The World!

Favorite song to belt out in the car?

I like a good powerhouse song, Death Of A Bachelor by Panic! At The Disco is a great one for belting out. I can’t quite nail it the way Brendon Urie does but that doesn’t mean I won’t try!

How important do you think it is for artists to know and understand music history?

I don’t know if this is a controversial take but I would say I don’t think it’s all that mandatory. If you’re curious about bands and musicians that came before you it can definitely be worth checking out but if you’re content in the music you know and that inspires you I don’t think it’s wrong to enjoy the present.

Any upcoming projects you want us to know about?

We are currently working on Modern Amusement’s second album! I’m very excited for everyone to hear it, it’s going to be a bit different from the first one. A little heavier, also we’ve recruited some very talented musicians that are really blowing me away and I think they’ll blow you away too!

Thank you, rock on!