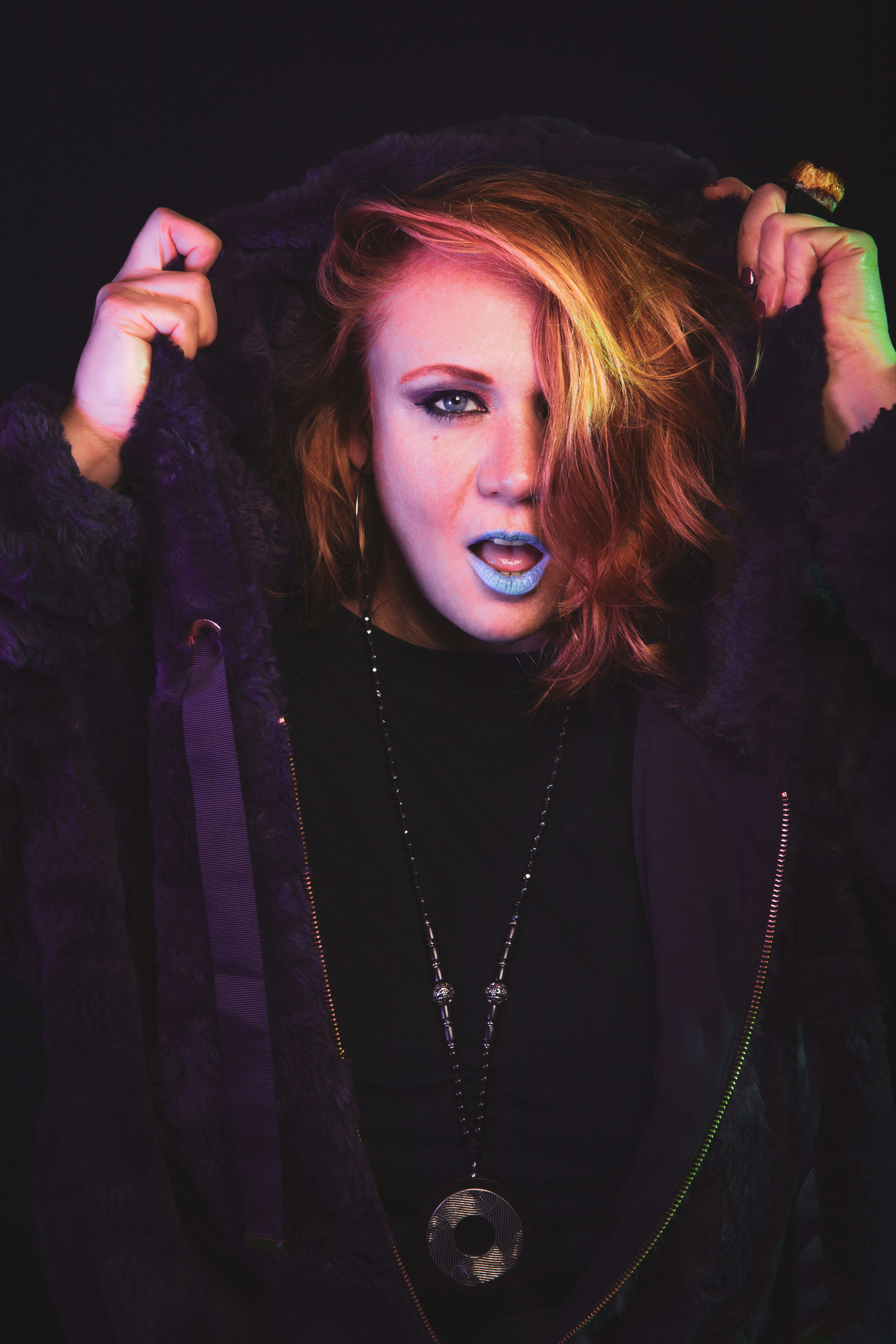 Known for her dynamic performances and infectious energy, divaDanielle started her career after catching a record that the infamous Darren Emerson threw into the crowd in 2003 (Grant Nelson’s “Free & Switch” for those who were wondering). After many years in the LA underground scene, she started releasing original tracks through InStereo Recordings.

Her debut track (and now Diva theme song) “Work” spent 6 months on the Beatport House 100. In 2015 she struck gold with “I Got A Man,” a collaboration with DJ Dan, spending a month in the House Top 10. She has since released charting Funky House, Tech House and Bass House tracks on labels such as WyldCard Records, Fort Knox Recordings, Late Night Munchies and Wulfpack as well as put out numerous bootlegs, including a Tech House remix of Lizzo’s “Truth Hurts”. With forthcoming releases on InStereo and Admit One Records, she continues to consistently place in Beatport and Traxsource’s Top 100 charts and be featured in their curated Best Of and Staff Picks lists.

Summer is here and we can’t wait for all the LIVE music! Are you planning performing out LIVE anytime soon?

My next set is on July 3rd at The W Hotel Hollywood’s rooftop pool. I absolutely cannot wait!

Give us the most EPIC performance story you got!

Lightning in a Bottle 2016. I was playing on the Favela Stage (now known as The Junkyard). It’s the stage known for underground house music at the festival. I showed up, not really knowing what to expect. It was on a Thursday night. Would people be there? Do people wait to come on Friday? Boy oh boy, was I wrong to have any sort of worry! The stage is surrounded by structures that look like little houses on stilts. People were literally hanging from the rafters. The sound guy came up to me and said – I’ve never had this happen before. There are so many people that have shown up for your set, their bodies are soaking up the sound. We literally can’t turn up the volume anymore! It was an amazing night to say the least!

Your music is a VIBE! And we can’t wait for MORE! Tell us about your latest release because we can’t get ENOUGH!!

My newest release is a remix for an artist known as AirBall for a track called “Downtown.” It uses a sample from Styx’s “Renegade.” It’s a super fun, bouncy remix perfect for the Summer. Pool parties. Late at night. Prime time. You name it. It’s ready to murder the dance floor!

Why did you feel like now was the time to release new music?

Summer is a great time for putting out music. I love to make a Summer jam. Everybody is outdoors, at the beach, by the pool and on vacation. I wanted something you could sing along to in your head!

How has the release been for you?

I’ve been getting great feedback. We’re in the Top 10 Funky House releases on Beatport. Been getting lots of features in playlists on Spotify and Beatport. I’m super pleased.

What is the most sentimental response you have gotten from the music?

When people come to me and tell me a mix or a track has helped them work through something difficult. A break up, a loss. It kinda makes you feel like you are able to be there for people even when you can’t physically be there. Even when you didn’t even realize you could help in some way.

Are you going to be able to recharge at all this summer or is it just GO TIME!!

It’s sorta go time. Actually, I’m taking June to recharge. July and August, let’s do this! Things are getting crazy with shows in LA, San Diego, San Francisco and Reno.

Touring vs. Studio time!? Where is where you feel most at HOME?

I always felt the most at home touring. I love performing. But, I gotta say, after Covid, I’ve fallen in love with my studio. Now, I’d almost rather be here than anywhere else!

Give us the most rad line from your latest music to explain the piece of work or YOU!

My music is beat driven so there’s not a lot of words. But you know THUMP THUMP CRASH! Kinda explains diva’s world. he he he

Socials and ALL the good stuff!!