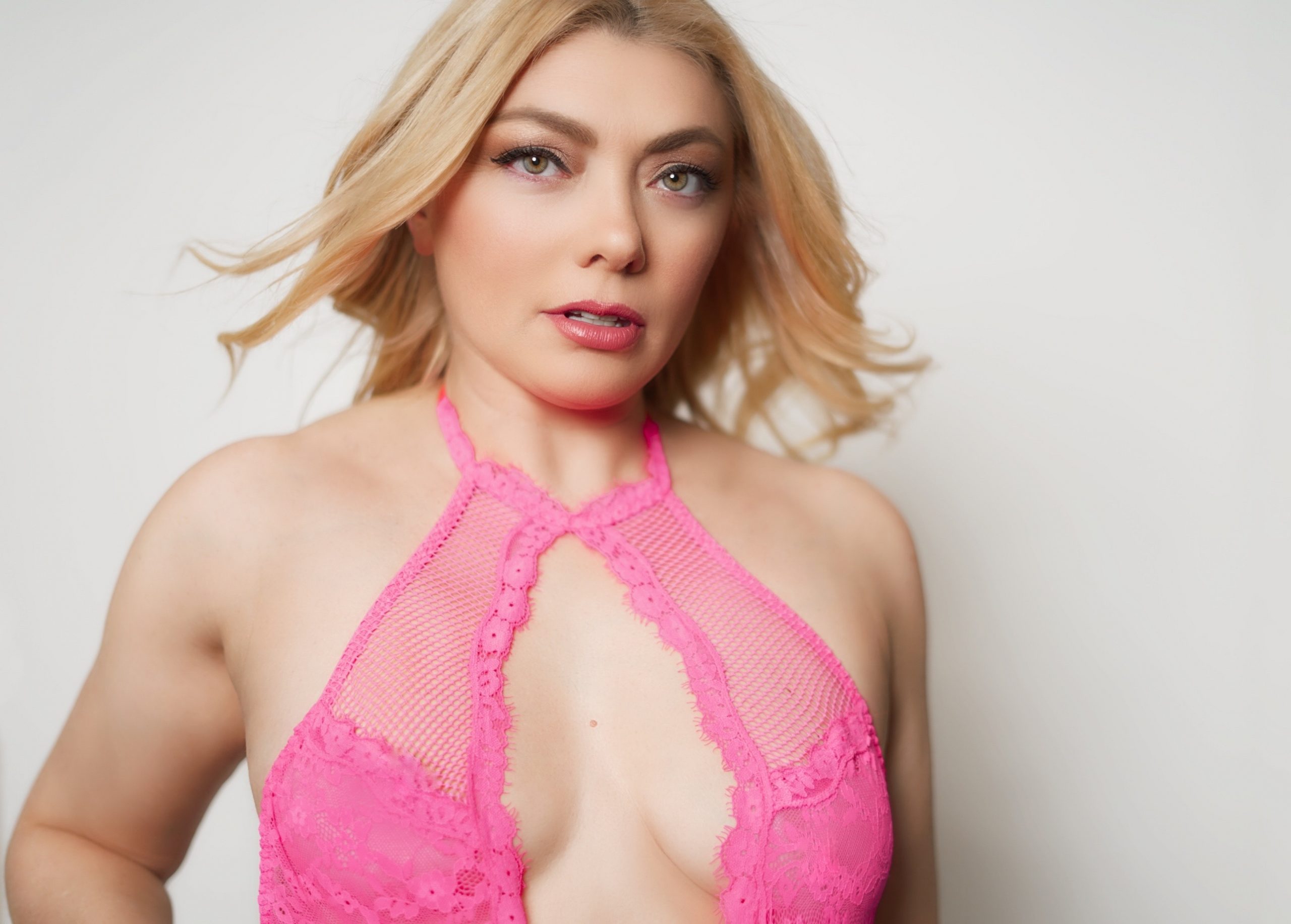 Hi Diane! We are so excited to chat with you. Tell us about yourself – a short summary of where you started and where you are now.

I grew up the youngest of six children in New Jersey and my parents are still married after 58 years. When I was eight years old, I won the “Little Miss Union” talent contest, and my journey into entertainment began. At 12, I was acting and dancing around the country and started to train professionally in New York City. My senior year of High School, I won the Rising Star Award for Best Actress in New Jersey, given by the world-renowned PaperMill Playhouse for my role as Princess Winifred in the musical “Once Upon A Mattress”. It was a sweet victory against my biggest rival, Anne Hathaway, who was nominated for the same role the same year. It was in that moment that I chose to fully pursue acting as a career. My first big gig was Law and Order: SVU, a standard if you’re an NYC actor, balanced with a few Mike’s Hard Lemonade commercials. After maximizing the opportunities in NY, I got the courage to drive across the country to Los Angeles, chasing my dreams and leaving the comfort of my big family behind.

Those first few weeks in LA were rough. I crashed in a Days Inn Motel and remembered eating a stale TV dinner while watching Halle Berry make history as the first African American woman to win an Oscar. I literally knew nothing about LA, so I signed up for a dance class in hopes to make some new friends. One night after class, a woman asked me to be in a new show she was working on that needed top of the line dancers. She gave me absolutely no information about what I was walking into. What it turned out to be was the original PussyCat Dolls, a burlesque review at The Roxy in Hollywood. We performed to sold out celebrity audiences and it starred Carmen Electra, Christina Applegate, Gwen Stefani, Charlize Theron, Christina Aguilera, Brittany Murphy, Dita Von Teese, and little ol’ me! I was one of the 12 original girls to do all the burlesque and Fosse style choreography that included hunky sailor boys. It was my first job in LA and I was immediately thrust into the world of celebrities. At 21, it was not only incredible fun but an amazing experience. I had continued auditioning during this time and landed a role in the indie film, “Descendant” starring Katherine Heigl and Jeremy London where I would meet my business partner and now ex-husband.

After the Pussycat Dolls shows, I began my foray into producing. I produced the documentary, “Dying For Meth” that followed a young girl who survived an explosion while cooking meth in a van, burning over sixty percent of her body. For three years, we followed her and her family’s addiction while watching her struggle to care for her five years old son and thirteen years old sister. We received the Prism Award in Beverly Hills for outstanding work in documentary and public service. This led me to star and produce in my first narrative feature “Iowa,” a Tribeca Film Festival Official Selection. My first day on set, I found out I was pregnant with my son, Golden, and only twenty-two months later had my daughter, Ivy. It was, and still is the greatest achievement of my life getting to be their mother.

After “Iowa” dominated independent cinemas in NY, LA, and Chicago, we received a call from Jeff Cuban, owner of Landmark Theaters chain. He suggested that with the success of “Iowa” and it’s edgy, gory, and very intense subject matter, that we make a horror film. We began producing the slasher/horror film, “The Orphan Killer” that I starred in, creating a cult following of over 500,000 fans on Facebook. The idea was simple. Blood and sex sell. And did it ever! It became an instant cult classic with over 3 million illegal downloads of the film worldwide. We even sold the mask of “The Orphan Killer” in Sears and Walmart! I was a homeschooling mama by day and a gory blood covered slasher queen by night.

“The Orphan Killer” had us traveling to Europe, Spain and Italy to premiere at festivals to sold out audiences. The crowds would stomp, scream and chant at the screen as if they were attending a heavy metal rock show! When we returned, to get in shape, I began boxing at Glendale Fighting Club. It was there that I trained alongside Ronda Rousey, who would years later enter the UFC. We became fast friends as the only females in an Armenian male gym. During this time, I started working on the sequel “Bound X Blood: The Orphan Killer 2”. Submerged in the world of MMA and boxing, we were determined to include that as a part of the sequel securing Ronda and “The Four Horsewomen” as supporting actors along with many other well-known wrestlers and UFC fighters. During filming, my marriage of 17 years began to fall apart. It was the beginning of a tumultuous roller coaster ride of divorce, incarceration, and nearly fatal car accident.

At the time, the only focus I had was survival in a now single mother world and starting my life over. I was in therapy for my PTSD and healing the years of physical, mental, psychological, and verbal abuse I went through in my marriage. It was in therapy that getting back to my roots became so important. My therapist asked me “besides having your children when were you your happiest?” Well, that was a good question. I am naturally a very happy and positive person, but I struggled to remember when I had last felt happy and free. My answer was: when I was 18 years old, doing shows, taking extensive acting, singing, & dancing classes, and had just won the Rising Star Award! My therapist suggested going back to acting class and mentioned the school Beverly Hills Playhouse (BHP). I googled it and signed up a week later.

Since then I have met a huge community of like-minded people whom I’ve created long-lasting friendships and many great projects with, including three short films and the feature, “Before The Dawn” written by and starring Alana DeFreitas.  That film is currently available on Tubi, Roku, Amazon Prime, and Google Play. Then I got to star in rock legend Glenn Danzig’s music video for “Last Ride” and his directorial debut feature, “Verotika”. Everything was right in my world again and then it stopped at an extreme halt with the tragic accidental death of my only brother, Walter in 2017.

Wally, as we affectionately called him, was fifty-four years old and a father of four. He worked his whole life at the Sunoco gas station in Short Hills, NJ that he would eventually own. He was an avid softball player and bar fly and simply put, everyone loved my brother. Over 1,000 people attended his wake, some complete strangers who he had helped during his life came to offer their condolences and praise what an amazing man and friend he was to so many. I was angry and depressed and upset that this world took him away from us with no notice or reason. His death has had the biggest impact on my life. Since we were kids, my mother would always say, “family is first and most important”. My five siblings are my best friends and we lost a son, husband, father, brother, and friend. During this time, as I struggled to get back to my own reality, I was working odd jobs to support my life and two children on my own and continued getting producing jobs.

For many years, I wanted to start my own production company so I could create teams working together under one banner.  I had thought long and hard about what the name would be and in one moment it hit me like a rocket, a childhood name we called my late beloved brother, “WallyBird”. Walter was tall and lanky, with a giant smile and an infectious laugh. To honor my brother’s life that was cut too short, WallyBird Productions was born. Since 2018, WallyBird Productions has produced a two act play, four short films, a web series pilot, several music videos, and an award-winning documentary. We are currently working on two features, a web series, a guitar education series, a television series, music videos, and more short films.

You are such a boss! How do you juggle your professional life and home life?

Thank you! It’s not easy! I am a big scheduler and everyday is planned out otherwise I would work or play 24/7! I find I work best early in the mornings, take a break, go back to it for the rest of the afternoon, and allow evenings to relax and hang with my kids.  They are teenagers now, so the physical part of having little kids and chasing after them or keeping them occupied is not a reality anymore.  Having teens presents completely different challenges. It’s important that I am present and able to talk when they need to. Parents’ jobs get different as children grow up. It’s a complete misconception that the older they get the less they need you. They just need you in a different way. I am so grateful to be a mom because they have taught me patience and the meaning of what really matters. Don’t sweat the small stuff and really be there for your kids always.

Tell us what is your go to beauty product?

Since the pandemic began, I haven’t worn makeup much which is nice. I love taking care of my skin and am infatuated with finding really organic moisturizers. I tend to have dry skin so moisturizers are really important. I am currently using BambuEarth made in the USA  and Purlisse out of Ireland. I also love my Rose Gold face spray from Bliss!

Now, you started your own production company which is SO amazing. What has been your favorite film to produce and why?

That’s an impossible question because it’s like asking to choose a favorite child! I couldn’t possibly choose only one. Each project is unique and has its own sets of experiences, limitations, and journeys. When you put together a team of creative people working for long periods of time on a project, they become your family. And just like any family, that comes with the fun parts and sometimes the difficult parts. Each of these relationships is special to me and I am so grateful for every member of the teams I hire and work closely with. I want to see the people I work with soar and allow people worldwide to see the fruits of our labor. Working on a WallyBird Productions project is being part of a big family and we will always support each other and have each other’s backs for life!

What has been the best business advice you have ever gotten?

John Savage who played my father in the film “IOWA”, told me “The money will come. Keep pushing, working hard, keep good relationships, and eventually you will get the break you need”. I have always taken that sage advice with me because working in independent film is not a “for-sure” money maker and can be a struggle. If you love it and do it because of that, all your hard work pays off. I believe that wholeheartedly.

Where can we find you on social media and connect with you online?

Check me out here: