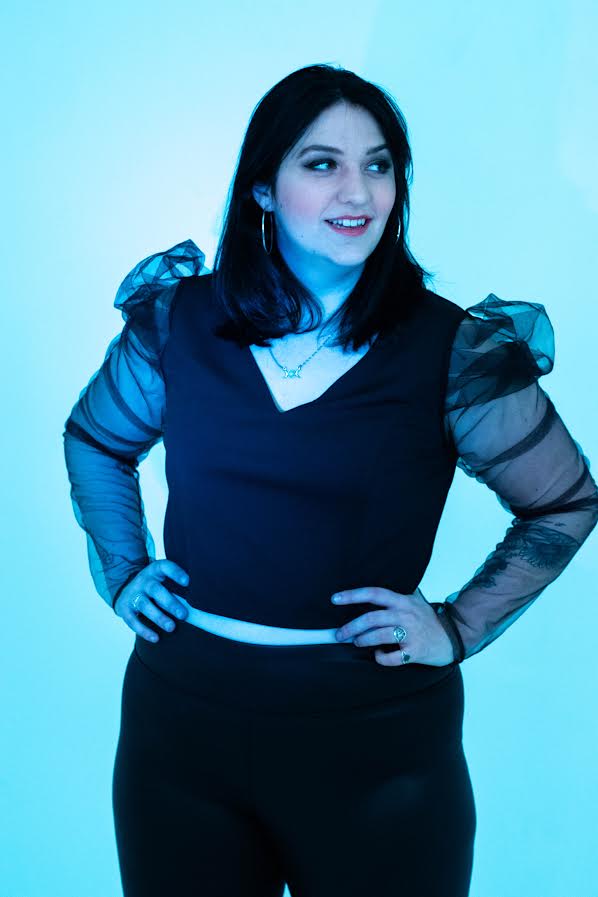 How are you feeling about this year’s music you’ve put out so far?

This year has been big for me! I released two singles so far, and they have both done really well! “Suffocate” and “Confident Woman” are two of my favorites that I have written, and it’s been both fantastic and stressful to share them with my listeners. Releasing original music means being vulnerable. I wasn’t sure if my music would take off, but music fans have really latched onto my vibe. It makes me incredibly proud and excited to release more of my music. Now I can’t wait to share my other songs with my listeners.

The year is coming to an end! What are you doing in these last few months musically?

I am releasing my fourth single before the end of the year! It’s different from anything I’ve ever released. Up to this point I’ve released mostly diss tracks and upbeat bops, but I decided it was time to be even more genuine with the content I’m putting out. This new single will be a tender song about searching for love. I’ve also been writing new music like crazy, so you can expect some new things coming up next year as well… Maybe even a debut album!

What are you working on right now in the studio?

I’m working with many of my talented friends to create unique and honest songs to release in the new year. There’s a couple songs I am particularly pumped about releasing. One of the songs is inspired by Yebba while the other song is inspired by Simple Plan. My goal is to avoid being placed in a specific genre while connecting with my audience, new and old. I’m also working on releasing more content on YouTube and on Patreon, so look out for that!

What are your studio sessions looking like these days?

During the pandemic it was difficult to meet up with producers to record, so we transitioned to remote recording. Basically, I video call my producer and he listens while I record. He coaches me through a few things, and my roommate hits the record button for me. The instrumentalists send their respective files to my producer as well. This process is difficult, but it works! It takes about an hour or so to record vocals on each song, and then I send the files to my producer. He works his magic and sends me back a draft of the song. Then we call each other again a few days later to record any extra things the song may need. Somehow this process leaves us with a great track!

Is it just you when you go to record or do you work with others?

When I record, I generally like to be alone, but sometimes I let my roommates (and best friends) listen. It’s great to have their feedback and support when I feel like nothing is coming out right. I’m always looking for ways to make the song better, and they tend to have really great ideas. Sometimes they suggest something as simple as using a different word, and sometimes they give me ideas for the production of the track itself. They keep me out of my own head.

Who is the person that you want to work with next whether it’s putting them on a track or just producing?

In December I’m playing a show with my friends from school, Leah Colon and Kameron Judd. They are both incredibly talented artists, and I am beyond thrilled to slay the night with them. That show is in Nashville at The Cobra on December 12th. We’ve all been making music together for a few years, and now we’re all coming together to play our own original music. We have a lot of mutual friends, so we’re hoping for a big audience that evening!

How are you customizing your sound in your next tracks?

My lyrics are a huge part of my brand. I like to advocate for strong women as well as mental health awareness, so those themes are very present in my upcoming releases. My songs feature strong vocals and a spectrum of instruments that enhance the message of the song. I’m influenced heavily by pop punk music from the 2000’s forward, so my listeners can expect that to carry over into my new songs, too.

How do you make sure that you’re customizing your overall vision for your music?

My entire brand is strength, self-empowerment, and care-free honesty. My songs all fall into those themes. When I’m writing, I naturally gravitate towards expressing my suppressed anger. This often leads to bold statements in my lyrics, and I strive to match the production of the track to magnify those messages. I want my music to leave a mark, to make my fans think. Combining all those elements makes my songs what they are!

What is your overall vision for yourself!?

I would like to take over the world. Just kidding, I just want to make enough money with my music to pay my rent. I will continue to be the strongest version of myself and market that to my audience. Luckily, people like authenticity! I believe that my listeners like me for who I am, so all I need to do is insert that into my music. Combined with hard work and knowledge of the industry, I will be unstoppable.

How are you leading with love with your music?

My main goal as a musician is to connect with my listeners through genuity and hard-hitting lyrics. The music I release is meant to be relatable. I want my listeners to say “That’s exactly what I was feeling, I just didn’t know how to put it into words”. I want to reach car stereos on road trips, people walking through their campus or city, and people crying alone in their room. I want them to feel less alone, more motivated, and encouraged by my lyrics. I want them to feel seen and accepted for exactly who they are, and I want their feelings to be validated by listening to my songs. If they’re burnt out and beaten down, I want to give them just a little bit of light.

Where can you be followed on social media?