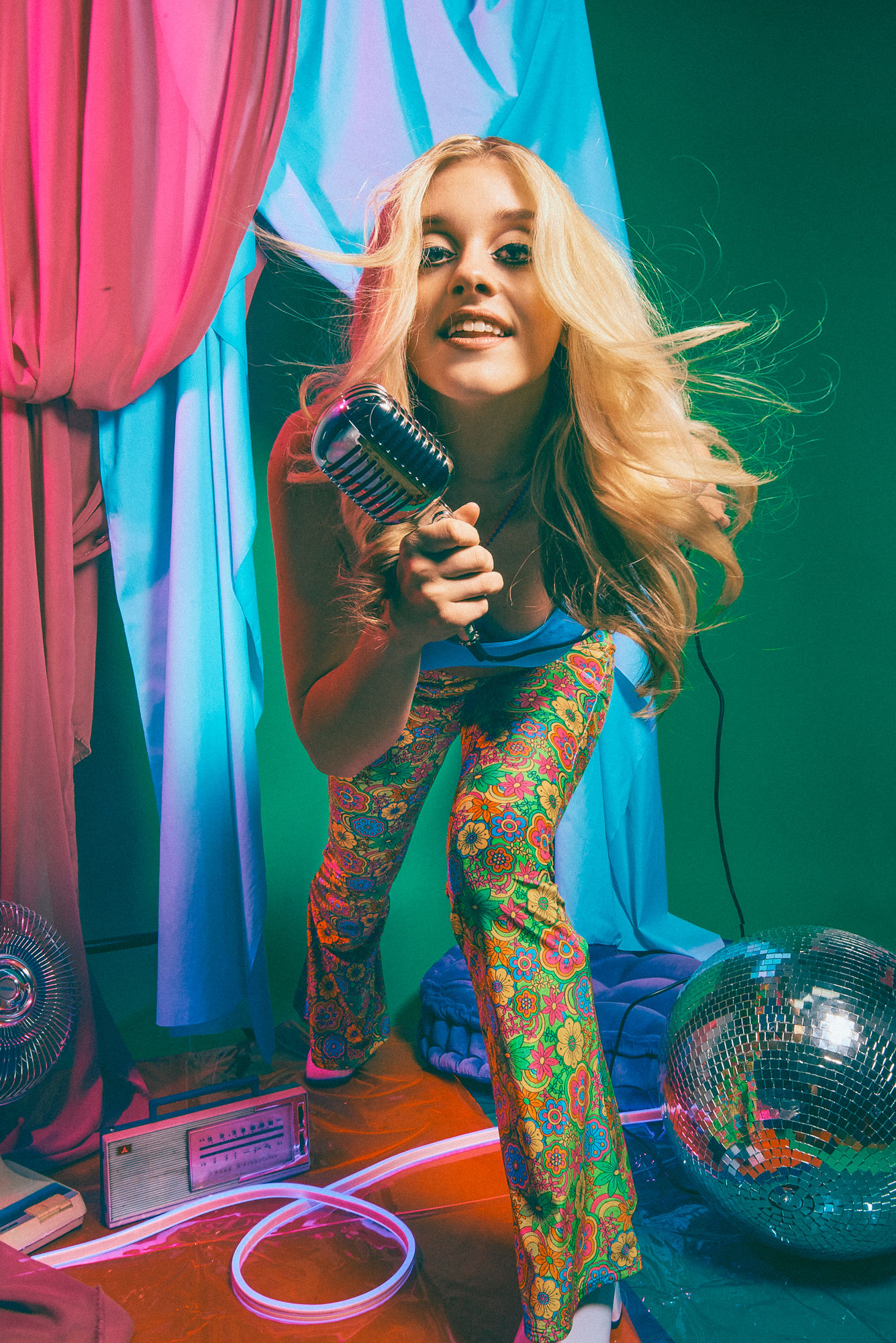 I definitely write pop music. I have so much fun with it. I have many unconventional influences which I do my best to reflect in my writing. I like to incorporate aspects of every genre of music to keep my own music as interesting and as authentic as possible.

In no particular order, my top 5 musical influences would have to be David Bowie, Lady Gaga, Bruno Mars, Tyler the Creator, and The 1975. I’m very influenced in my writing by whatever I’m listening to at the moment, but I think that this is a good representation overall.

What do you want your fans to take away from your music?

I put a lot of thought into my lyrics, and I hope my listeners to put a lot of thought into their interpretations. I want my music to be relatable and meaningful because those are the types of songs that have inspired me so much throughout my life. I would love for my listeners to feel understood by my music. If I could inspire just one person, then I know I’ve done my job right.

How is the music scene in your city, country?

In my city, the music scene is pretty low-key. It definitely is there and I am super grateful for it, but you have to be a part of a certain crowd to really know what’s up. I do appreciate the underground aspect of it, it can make it very exciting and comfortable. But it can be hard to have your voice heard on a large scale, which is common among artists in general.

What is the best concert that you have ever been to that has truly inspired your live performances?

The 1975 is my favorite band, so I naturally will see them every time they tour near my area. They put on an outrageously good show.

That eccentric and retro style is an essence I aim to capture as a part of my presence as an artist. It’s so reminiscent of the past and so original.

What do you enjoy most about performing to a live audience?

I think that there is this indescribable connection that performers make with the audience. It’s reciprocated on both sides. It’s interaction, it’s emotion, and it’s music. I love being able to share my music with the people who have the most impact on me, my audience.

Is there a song on your latest EP/CD release that stands out as your personal favorite and why?

My song “Cool” holds a lot of meaning for me. I was very hurt by the idea that somebody who I cared so much about was changing. In general, it is about people who lose their personality in their ego. I could not say any one song is my favorite though because I love all of these songs so much and so differently. It really depends on the mood or the situations that I find myself in when I am listening to them.

How have you evolved as an artist over the last year during these challenging times?

This last year has been absolutely unimaginable for the world. But it’s also been so eye opening. As an artist, I’ve had a lot of time to write some of my favorite material yet, reflect on my own experiences, and live out new experiences. My producer Alex Salzman and I were able to dedicate a lot of time towards this E.P, which I am so incredibly grateful for.

This is such a tough question! It is my dream to co-write a song with Paul McCartney. I think he is one of the greatest singer/songwriters and bassists ever. I grew up with a mixture of his solo music, Wings, and The Beatles playing at all times. I also really admire that he has collaborated with more recently popularized artists, such as Phoebe Bridgers and Dominic Fike.

What are your future plans?

I have a dream to make music my life, and I’m going to continue chasing that. I am going to keep writing songs, sharing my stories, and listening and learning from the stories of others in the process. I am so proud of the work that we have put into  this E.P. as well as the release of it, and I hope everybody loves it as much as we do.