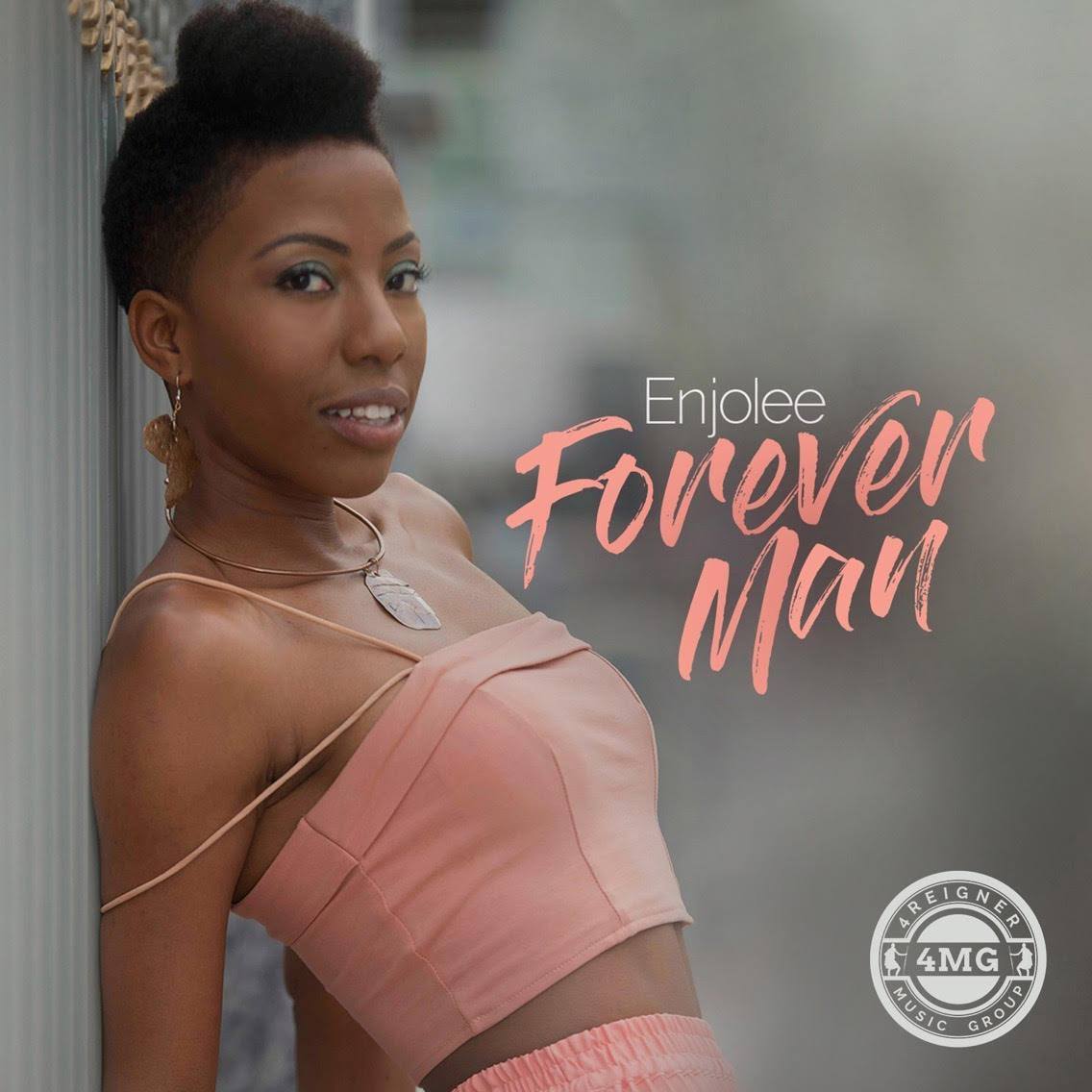 You don’t need loads of creative contrast to create provocative harmonies in the pop genre anymore – not that you ever really did – and if there’s someone who can illustrate this rather flawlessly this season, it’s none other than greenhorn recording artist Enjolee. Enjolee’s debut single, titled “Forever Man,” is one of the most straightforward progressive R&B songs I’ve heard from an untried player in the genre lately, but for all that it’s missing in grandiosity, it makes up for in performer-sourced tenacity. Some artists might need elaborate arrangements in 2021, but this young woman clearly is not one of them.

Rhythm is Enjolee’s best friend in “Forever Man,” but rather than using it just as a catalyst for expressing heavier emotion in the song as some of her peers might have, she’s incorporating it into the very bones of the narrative from the jump. This groove is acting like a second singer in the mix, utilizing physicality to harmonize with the verses in a manner that no melodic instrumentation could have authentically. Synthetics would have been pointless in this track – there’s just too much organic luster to fit in anything outside of what our singer is naturally working with.

Enjolee never sounds intimidated by the melodic ascent she comes up to in the chorus of “Forever Man;” actually, she seems so swaggering in her management of the release that one could argue she should have let the tension build behind her just a little more than she inevitably did. It’s a rookie indiscretion that doesn’t sully the overall punch of the material, but she might want to consider exploiting the moodiness of the music in her future works, all of which I’m planning on keeping a close eye out for now that I’ve become aware of her abilities.

I wouldn’t be at all surprised to see Enjolee doing really well with this sound in an intimate live setting, which isn’t to say she couldn’t cultivate a stadium-rocking presence as well. There’s just something about her persona that screams old-fashioned nightclub singer to me; her delicate approach, her firm but fluid poetic emissions, even the way she unites a harmony inside of a pressurized groove. She isn’t someone who becomes shy in the spotlight, but rather blossoms in it, evolving into the sort of bright beacon that makes visiting the darkest of clubs all the more exciting.

Rookie efforts are never easy – if they were, there would be even more one-hit-wonders than there are now – but you’d never guess as much just from the way Enjolee owns the studio in “Forever Man.” She’s found her calling, and although I think a full-length studio album will be more revealing of her value as a long-term player in the modern R&B movement, what she has already produced for us in this first release has earned her a spot on my radar – and that of other critics as well – ahead of many other up-and-comers debuting this year.

The music of ENJOLEE has been heard all over the world in partnership with the radio plugging services offered by Musik and Film Radio Promotions Division.  Learn more https://musikandfilm.com