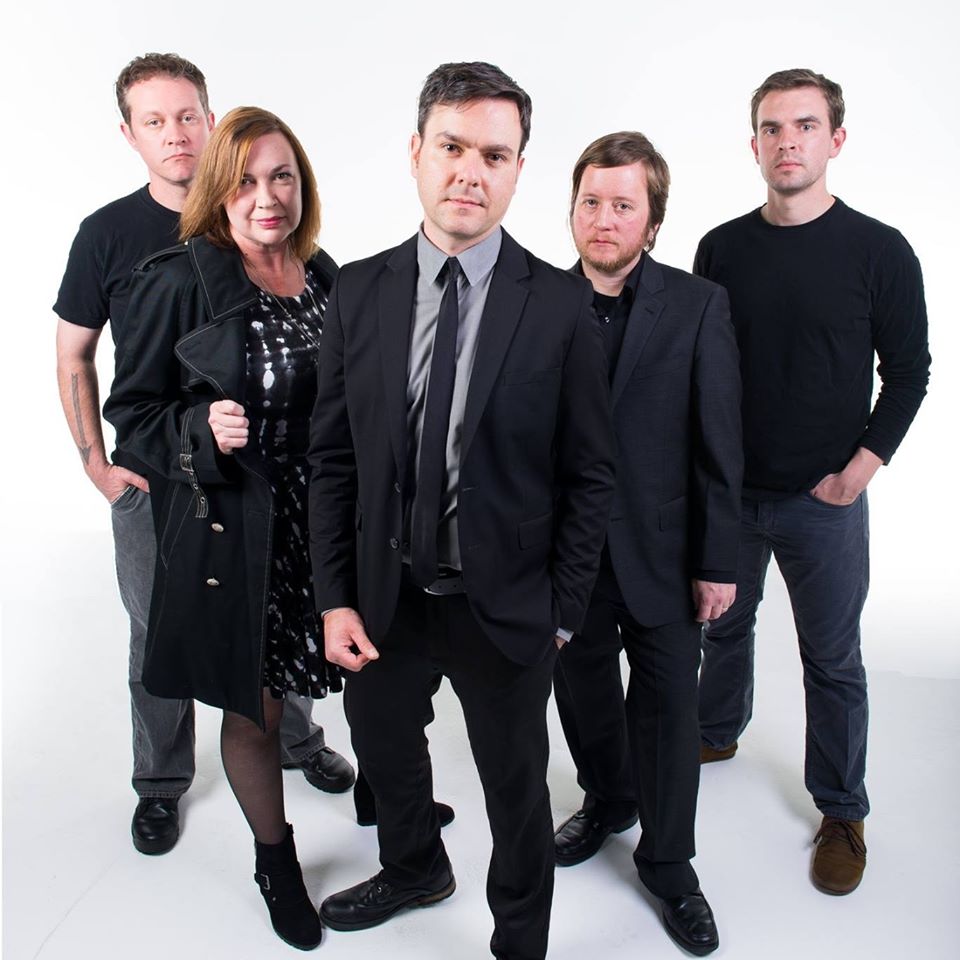 Faithless Town, a Los Angeles based rock band, released their second full-length album, Empires, on February 21. Empires marks the band’s first full album in eight years, and their first release of the new decade. The eleven-track album is energetic and dynamic from the onset and carries that momentum throughout. The eponymous first track, “Empires,” sets a good tone for the album. The song begins with a snarky guitar riff, soon accompanied by lead singer Gene Owens’ vocals. Owen’s vocals are steady and decisive as he describes a situation to the listener: “toxic television, mutating brainwaves, first they steal your mind, then they take your soul.” This lyrical theme builds throughout the song alongside heavy electric guitar, powerful analogue 80s synths, and a driving drum performance. Over the course of the song, lead singer Gene Owens explores a reality where media strongly affects the individual’s mind and warps his perception of reality. Whether the lyrics describe a dystopia, or a reality closer to our own, the lyrics seem to connect with classic elements of rock and grunge lyrics: criticism of mass culture and mainstream thought. To their credit, Faithless Town present these countercultural attitudes without coming off as preachy or exceedingly serious. In a similar song, “New World Order,” Owens sings about a future where “freedom of speech” has been taken from the people “without a choice.” On this song, Owens maintains the same cool, assured tone that he did on the title track. He gives visceral images of the dystopic future: “a line of riot cops surrounding a factory;” the people must “fight to stay alive.” Again, this track feels rebellious, and almost like a call to action; however, Owens manages to keep his tone measured, ensuring that the atmosphere of the track remains level and composed alongside the instrumentation.

On other tracks, the band also maintains a good sense of atmosphere. The second track on the album, “Shot in the Dark,” arguably their strongest song, feels uplifting and lively: shimmering 80s synths and upbeat guitar rhythms establish a sense optimism and create movement across the track as Owens sings about the feeling of being “stuck at a crossroads.” Owens eventually delivers the payoff hook: “[I’m] ready for a shot in the dark!” This song feels like a pivotal moment for the band: they are ready for a chance to firmly establish themselves and their personality as a band. And on the whole, the album speaks like it is a chance for them to forge ahead with greater momentum than before. However, the quality of the songs on the album suggest they have far more than just a shot in the dark. Songs like “Out West” (my personal favorite) and “Four Walls” are emotionally driven and bring a sense of wistfulness and nostalgia to the listener’s mind. “California Come Home” seems to evoke similar feelings of nostalgia while gesturing at a brighter and more cheerful future. “California Come Home” also has a great instrumental section around 2:30, with a particularly warm guitar solo. “Four Walls” also has a fantastic moment for guitar around 3:15. The captivating, heavy guitar solo is undoubtedly the apogee of guitar performances on the album.

Overall, Faithless Town’s Empires is a very robust second album. Faithless Town is very strong instrumentally, and with Owens’ vocals, the band always feel sincere and self-possessed. I would like to see the band challenge themselves to go a bit deeper into the art of vocal songwriting and potentially generate some lyrical content that feels more personal: intimate songs like “Out West” really seem to shine more than some of the counterculture protest songs. Given the bands trajectory, I am sure they will have no trouble finding the next steps in their evolution. Wherever they take their sound next—we will be eagerly listening!