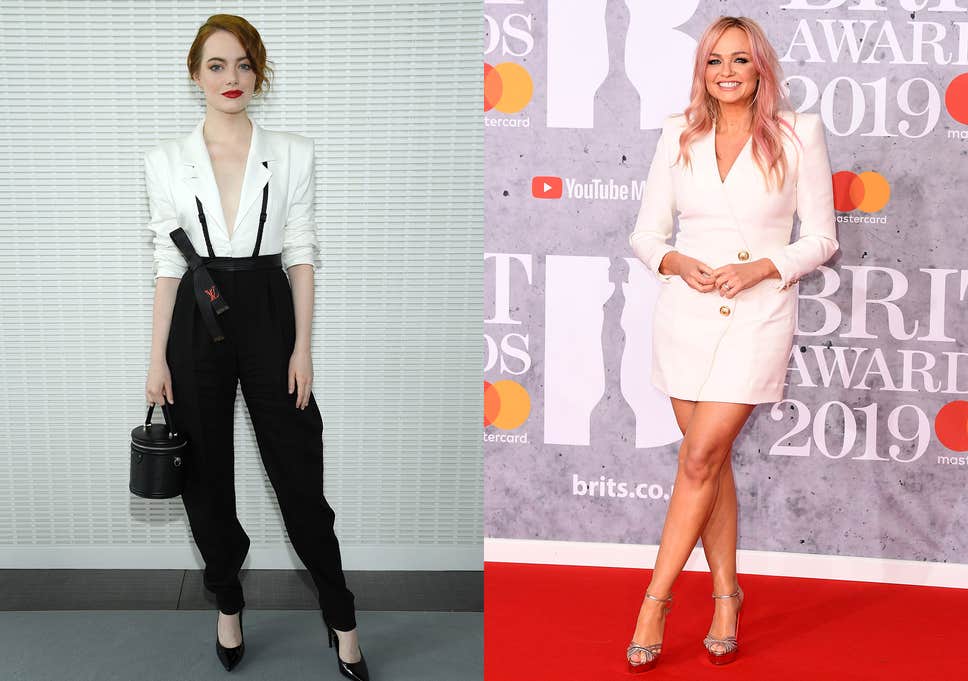 Emma Stone had all her dreams come true on Thursday night, as she met her idol Emma Bunton at the Spice Girls’ London concert.

The Oscar-winning actress made a trip to London’s Wembley Stadium to watch Bunton and bandmates Mel B, Mel C and Geri Horner reunite onstage, and was pictured grinning from ear-to-ear as she posed for a snap with Baby Spice herself.

“When Emma met Emma. #2become1,” Bunton captioned two images of the pair together on her Instagram page.

Another snap showed Stone posing with the whole band, as well as the HAIM sisters, who had taken part in an Omaze contest for one lucky winner to meet the famous faces at the London gig.

Later, as the Spice Girls performed, they belted out a song from Stone’s beloved film La La Land as a sweet tribute to the actress, with fans taking to Twitter to reflect on the amazing moment.

“Spice girls singing La La Land whilst Emma Stone is watching them at Wembley. #SpiceWorld2019,” one wrote. “I cant even imagine how much fangirling she did!!”

Stone has never made a secret of her love of the British group, and previously broke down in tears when she was surprised with a call from Scary Spice during an interview back in 2014.

She also revealed during a chat with Jimmy Fallon back in April that she had a “mini meltdown” when she found out she’d be attending the group’s reunion gig at Wembley – 21 years after they last performed at the iconic venue.

Admitting the chance to meet the girls had been a “long time coming”, Stone encouraged fans to enter the Omaze raffle, laughing: “You get to see me in a semi-conscious zombie state, and won’t that be fun?”