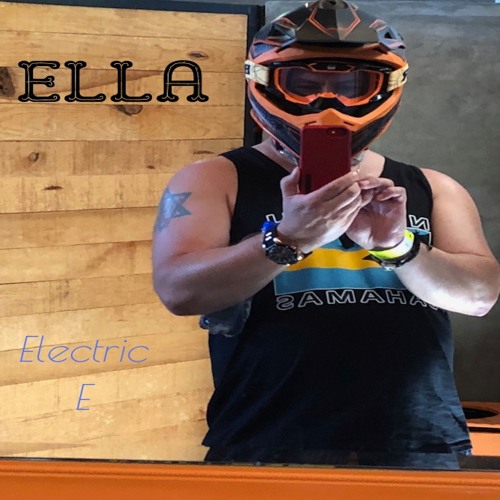 Courting our affections with a tempered tonality that will quickly swell into something quite divine and powerful even at moderate volumes, the opening bars of the Ella EP and its English title track immediately tell the audience to buckle-up and brace themselves for sonic magic courtesy of Electric E this fall. In this cut, its Spanish counterpart, the potent club tune “Again and Again” and bludgeoning post-rocker “Got to Have It,” Electric E is cutting away from the crowd with a sonic intensity that stands alone in his Seattle scene this November, and if there was any debate about whether or not he could bring the heat prior to this EP’s arrival, the discussion should be put to an end by the time 2020 meets a conclusion.

Besides Ella, Electric E has also dropped a full-length studio album in Sight Unseen this fall that deserves just as much credit for its originality – if not a touch more. Opening with a ringing phone in “Timelessness,” what we find on the other end of the line isn’t a friendly voice but instead a crisp beat that evolves before our very ears into an elaborate tour de force before we know what to do with ourselves. The passion hasn’t even reached the cathartic fever pitch it ultimately will in “World of Mirrors,” “Down by the Sea” and an alluring “Around the Night’ yet, but already it’s obvious that we’re going to be in for a progressive atmosphere here; in any other scenario, I don’t think the backdrop would be quite as beautifully smothering as it is in this situation.

“Memory Lane” ups the crunch factor just to turn us over to a pair of mixes each for “China Doll,” “Situational Sangria” and “The Rearrangement” that could have made for quite the stimulating EP all on their own, but I don’t find them to be thunder-stealing in the context of this LP at all. There are a lot of ways to go about making the kind of anthology that Electric E did in this album, and although you could say his was absolutely one of the more complicated and self-challenging on the table and be completely right, it doesn’t negate just how much of a charismatic presence each one of its songs has because of this very reason.

With the exotically arranged “Maria” and a new jack swing-styled “I Don’t Take Any Pleasure (Hatred Was Not a Word),” Sight Unseen crosses the finish line and mercifully lays its textural wallop down like a weapon that has been stained red with the blood of a bitter battle, but I would be lying if picking the tracklist right back up again wasn’t tempting for a critic like myself. After spending a lot of time breaking down the in’s and out’s of Sight Unseen and Ella, there’s only one conclusion that can be drawn – Electric E is onto something genuinely special inside of the studio, and if he’s wise, he’ll get back into the grind and continue cultivating it while the creative energy behind these two records is still simmering.