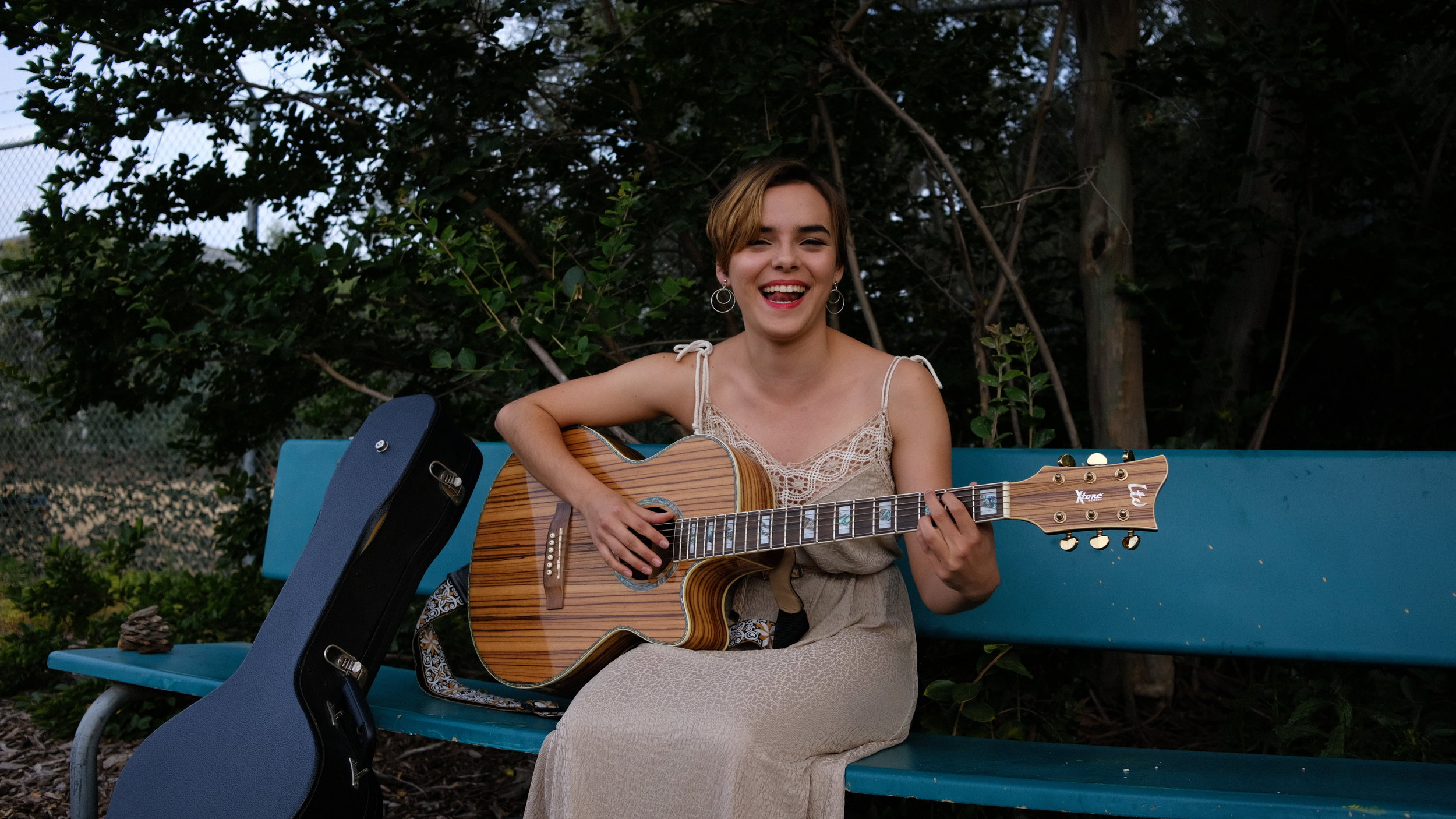 Eleanor Hammond’s musical journey began at the tender age of eleven when she began writing songs as she learned piano and guitar. It continues still. She has appeared in an assortment of theatrical productions during her life, as well, and those creative experiences further fuel her music and songwriting. Her ambitions are far wider in scope than many peers and contemporaries. Hammond wrote a full-length feminist musical entitled Walls in 2019 that wrestled with the life and legacy of Whitney Museum founder and artist Gertrude Vanderbilt Whitney and followed it with a second extended work in 2021, another musical, entitled Newsflash! that she produced. Her new single “Best of Tonight” comes with accompanying video that shows her far reaching creativity and serves as a prelude to her debut EP release due in the spring.

Directed, edited, and filmed by William Chapin, the video is one of the finest examples of a promotional clip in recent memory. Hammond’s song benefits from a video that crafts a genuine story around the track rather than hanging its hopes on a series of disconnected images. It largely avoids an assortment of standard tropes of the form. The clip isn’t a conglomeration of dizzying jump cuts, though you will see more than a few, and Chapin’s decision to linger on key scenes during the clip deepens rather than diminishes the song’s impact.

The performers are fully involved and committed. They inhabit the storyline with conviction and undeniable physicality. More than a few listeners will notice how remarkably intimate the video is for such an outright communal experience. The evocative cinematography of the clip may be a little too dark for some, especially given the song’s musical mood, but many more will be taken with its atmosphere. Filming much of the clip in a Los Angeles record store, The Record Parlour, adds another convincing layer to the viewing experience.

Sam Doniger’s production gives the song weight. It is thoroughly pop-inspired fare, yes, but Hammond and Doniger partner in such a way that it surges towards its inevitable conclusion. It sounds full, weighty, and yet has spring in its musical step that you will not easily shake off. Much of the song’s success rests on its punchy chorus and this is where Doniger shines brightest. Hammond’s vocals are singular. You will not readily recall anyone who sounds like her in the modern music scene and she tears into each word with a palpable sense of genuine importance. Her commitment sparks and flares from every line.

“Best of Tonight” is the whole package. Eleanor Hammond is a musical artist engaged with her material on every level and you will not catch her taking cheap shortcuts. She gives her all. Her expansive and impossible to pin down creativity is truly blossoming as never before, and attentive listeners will come away from this song and its accompanying video believing there is nothing she cannot do. Her confidence is impossible to deny and will continue growing with releases like “Best of Tonight” leading the way.